Dunbarton Tobacco & Trust has started shipping the Muestra de Saka Unstolen Valor. It is the latest in the Muestra de Saka series, which is a collection of cigars and different blends that “reflect the blending attempts made by the founder of the company Steve Saka”. 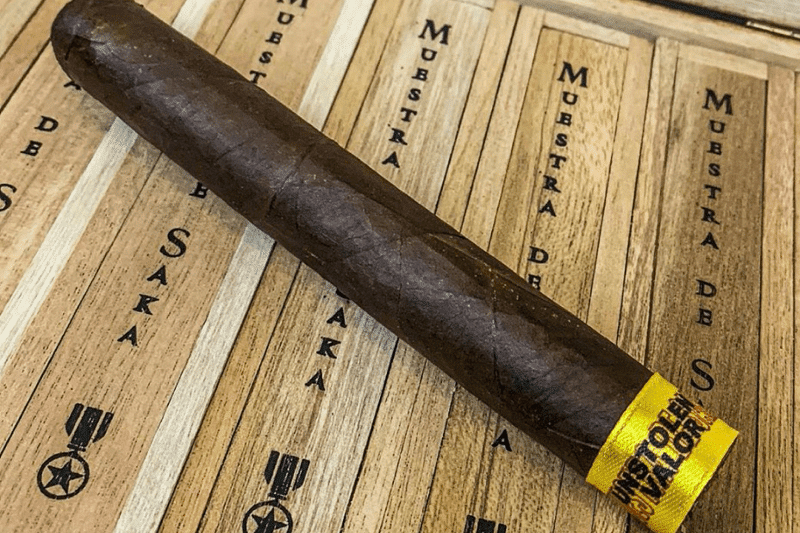 Saka declares that the aim of the project is “to share high-level cigars that would otherwise not be smoked by anyone, but myself and my closest friends”, due to the production costs of the cigars being considerably higher compared to ordinary production.

Muestra de Saka Unstolen Valor is a Nicaraguan puro blended by Raul Disla. Four blends were created for this project and no agreement was reached between Disla and Saka on which blend to use. In the end, the one that Steve liked most was chosen.

Muestra de Saka Unstolen Valor is the fifth cigar in the series and is the first to be described as “full-bodied” by Saka himself; the previous editions are:

The price of the Unstolen Valor is $ 17.95 and comes in seven-count boxes.