Muestra de Saka is a limited edition line from Dunbarton Tobacco & Trust, created according to Steve Saka’s idea of blending, that are released in one off sizes. The Nacatamale, other than being wrapped up in an Habano wrapper cultivated in Ecuador, uses only Nicaraguan tobaccos that all come from a single farm.

They are sold in a box containing 7 coffins. A yellow satin band around the foot of the cigar, has “Muestra de Saka” and “Nacatamale” written on it. 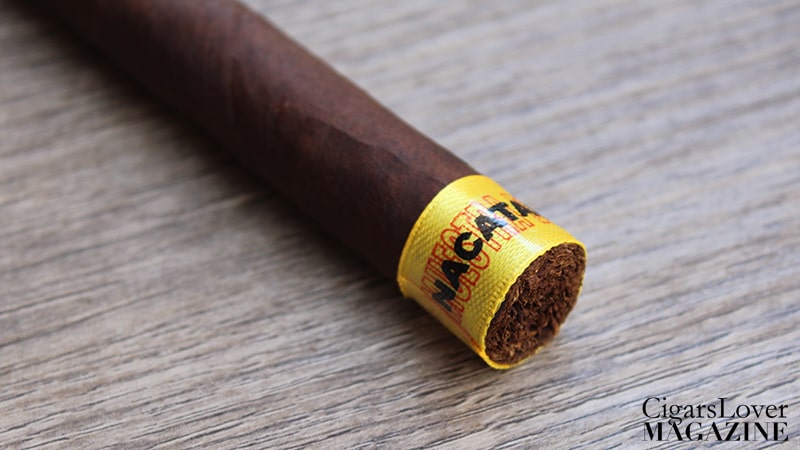 The cigar is wrapped in a Maduro shaded wrapper, that is quite smooth to the touch with a minimal amount of veins. The general quality of construction is excellent and the cigar is finished with a pig tail. 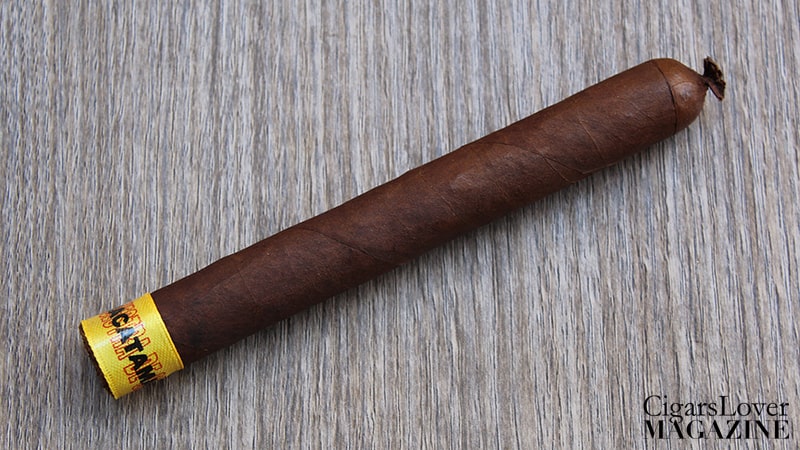 Muestra de Saka Nacatamale: unlit, a few, but well-defined, notes of cocoa and honey can be perceived to the nose.

The start is quite salty, with a slight bitter component to it. Flavors are very delicate and recall pepper, wood, cocoa and spices. Strength is medium – light (2/5). 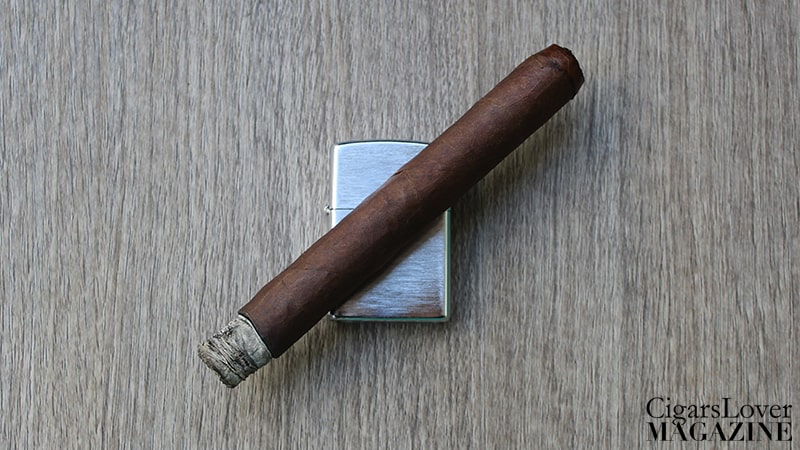 In the central section, the aromas evolve towards mineral notes of earth and almond. Strength becomes medium (3/5).

In the last third, the bitter component disappears, leaving the less evident saltiness. The flavors vary around earth and almond, as in the second third, joined by a note of walnut husk and a light spicy nuance. Strength turns medium – full (4/5). 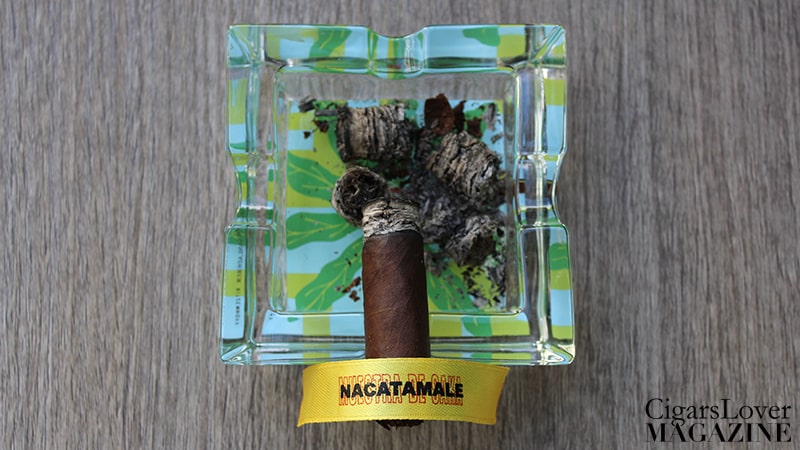 Overall, the Muestra de Saka Nacatamale is a highly enjoyable cigar. Great complexity and balance between aromas and strength, with the intensity becoming more structured the further you get into the smoke. Slightly subdued evolution, which decreases slightly in the last third. However it remains a great cigar, to be smoked with attention.