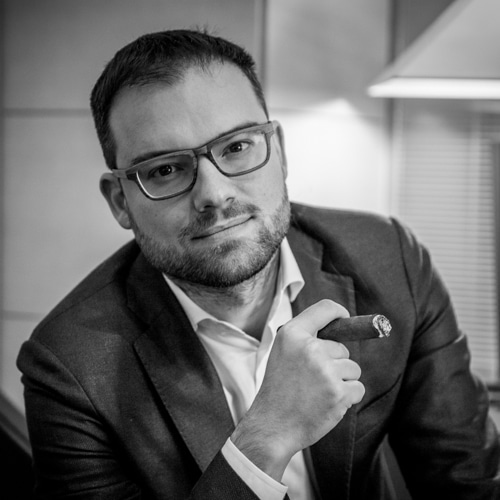 
Director of CigarsLover Magazine and founder and creator of CigarsLover.com.
His studies led him to graduate in engineering at the University of Brescia. In those years the passion for cigar blossomed, which led him to create an online portal, a precursor of CigarsLover.com.
He loves traveling and staying in close contact with nature. Seeing and experiencing new things is a continuous inspiration. He loves whisky and appreciates good wine, with which he tries to slow down the passing of time. 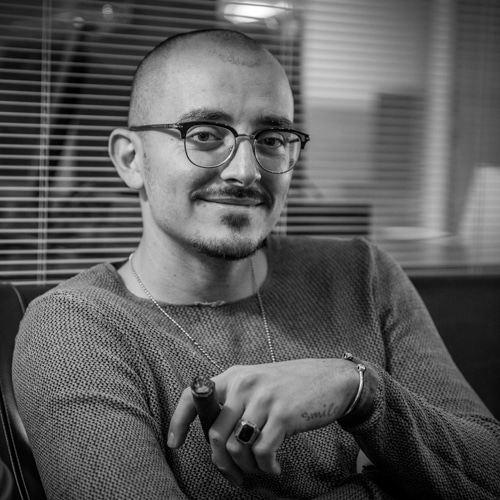 
Deputy Director of CigarsLover Magazine. He follows the marketing part, but also deals with organizing parts of the blind tasting. He is the manager of the “News” section on CigarsLover.com.
He lives in Switzerland, in the German canton of St. Gallen. He loves everything that has to do with slow smoking and especially the cigar. He is always looking for new products, coming from the most diverse countries.
He also has a passion for “Craft Beer”, as well as for skateboarding, which in the past he did on a professional level, and basketball. Music is also always present and he enjoys playing the guitar. 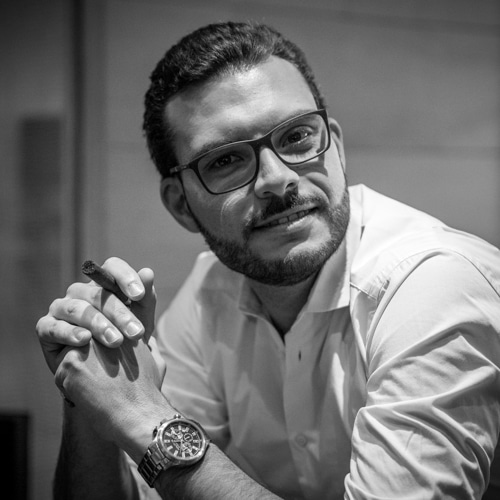 
Author of CigarsLover Magazine, where he deals with the content management, as well as being the head of the “Italian cigar” column, covered on CigarsLover.com. He is part of the tasting panel.
His passion for cigars started in 2000 and since then has grown more and more, parallel to that of wine, of which he is a first-rate taster.
His training led him to a degree in Law. Over the years he has collaborated with various magazines, some of which belong to the world of tobacco and cigar.
He lives in Puglia, a stone’s throw from the sea, which he loves to the point of getting a boat license, with which he can relax on the sea. He appreciates vinyl music, that he admires. 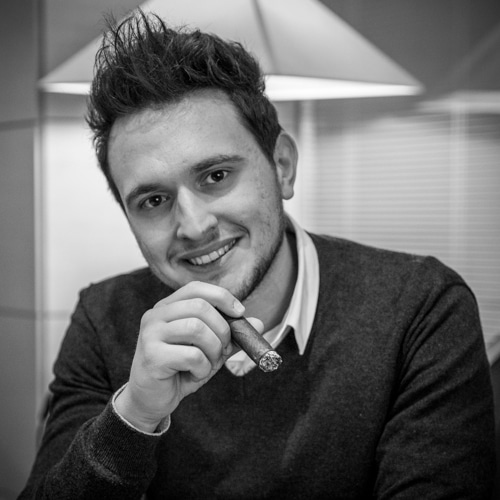 
He is the photographer and designer of CigarsLover Magazine. Most of the shots that give life to the magazine come from his Canon 1D.
He is a professional photographer, who holds a master’s degree in Advertisment and Marketing Photography.
He loves being in close contact with nature, in which he immerses himself as soon as he manages to carve out some time from the frenetic daily routines. He loves working with wood, a paternal passion that has been handed down to him. 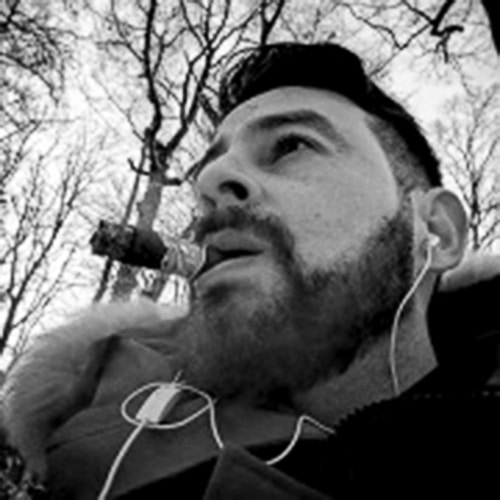 
Author of CigarsLover.com, he also handles the technical support of the website. He is part of the tasting panel.
He was born in El Salvador, in Central America, but grew up in England. Now he lives in Switzerland, in the French canton of Geneva.
Cigars helps him travel through time. While meditating with a cigar, the flavors bring him back to events of the past. 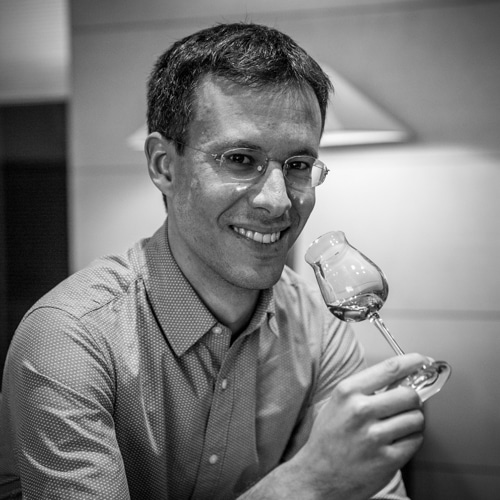 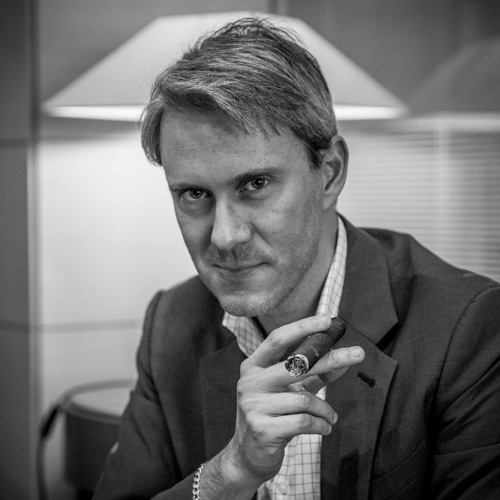 
Author of CigarsLover Magazine in the “Taste” section, he also deals with rating the best cigar lounges around the world. He is part of the tasting panel.
He’s is a nuclear physicist. He has a passion for Latin dance and loves to travel and try new dishes, discovering new culinary horizons and particular combinations. 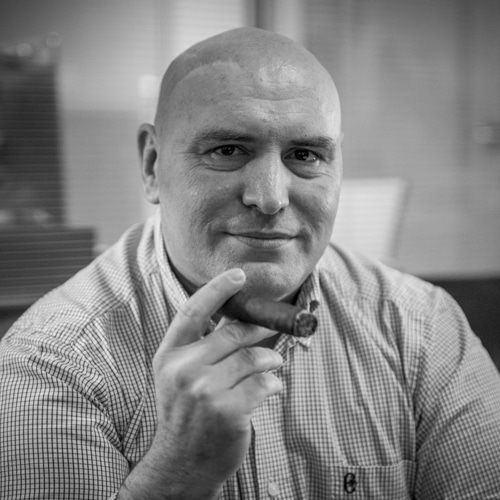 
He writes the news related to the cigars and is an author in the “Taste” section of CigarsLover Magazine. He is part of the tasting panel.
He lives in northern Italy, in the province of Lecco. He loves cigars, good food and wine, for which he has a weakness. He considers himself to be an epicurean through and through. However, the cigar remains the thing that ties him to his memories the most. 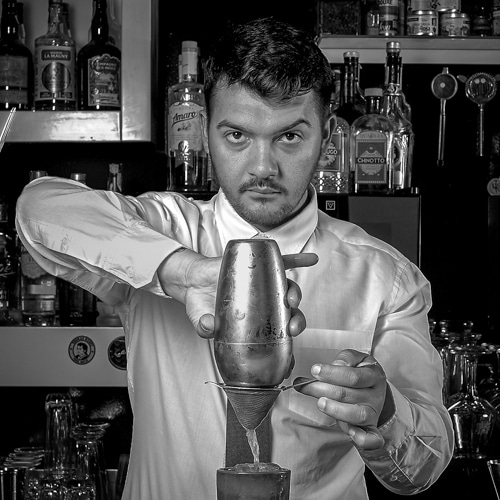 
Author in the “Spirits” and “Taste” section of CigarsLover Magazine. He’s the reference point when i comes to cocktails. He is part of the tasting panel.
He is a professional bartender, who has participated in numerous competitions, always positioning himself in the top spots. He is an Italian champion when it comes to designing and creating drinks.
He is always looking for new tastes and has a soft spot for the world of whiskies. In his drinks, he likes to focus on simplicity, with an eye on the details.