The Montecristo Linea 1935 Dumas is the smallest size of the line and is similar to that of a classic Robusto, although it has a slightly smaller ring-gauge (49 instead of 50) and is slightly longer (130 instead of 127 mm). The size is called “Prominente Corto” and currently the Dumas are the only cigars in the Cuban portfolio with these dimensions.

Announced in 2017, the 1935 Line only reached the market in mid-2018. This line was created to commemorate the birth of the Montecristo brand and the cigars are packaged in particular 20-count lacquered boxes. 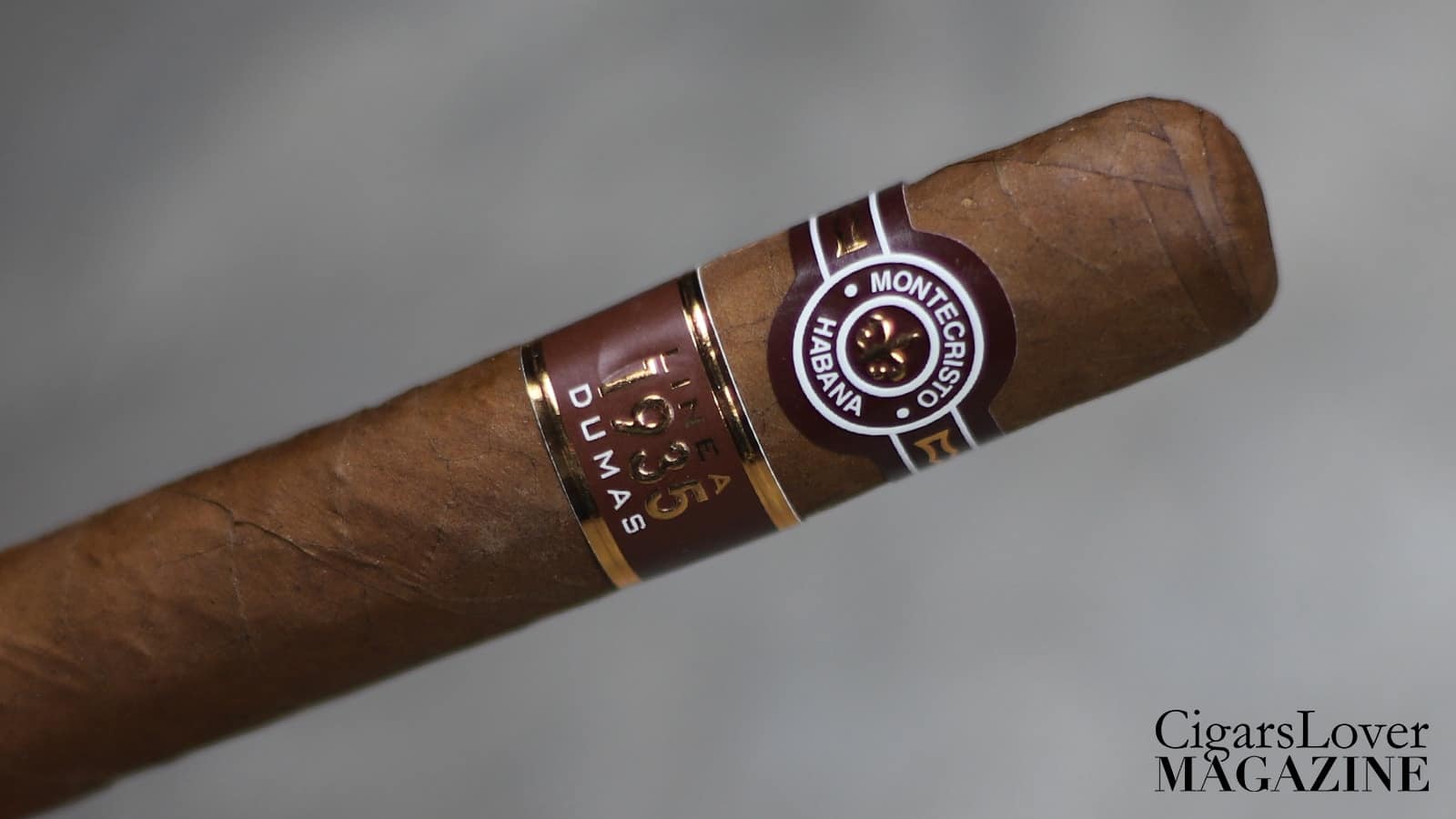 The filling is generous and the cigars are dressed in a Colorado shaded wrapper, that is slightly rough to the touch. Construction is flawless and the cigars present three rings. 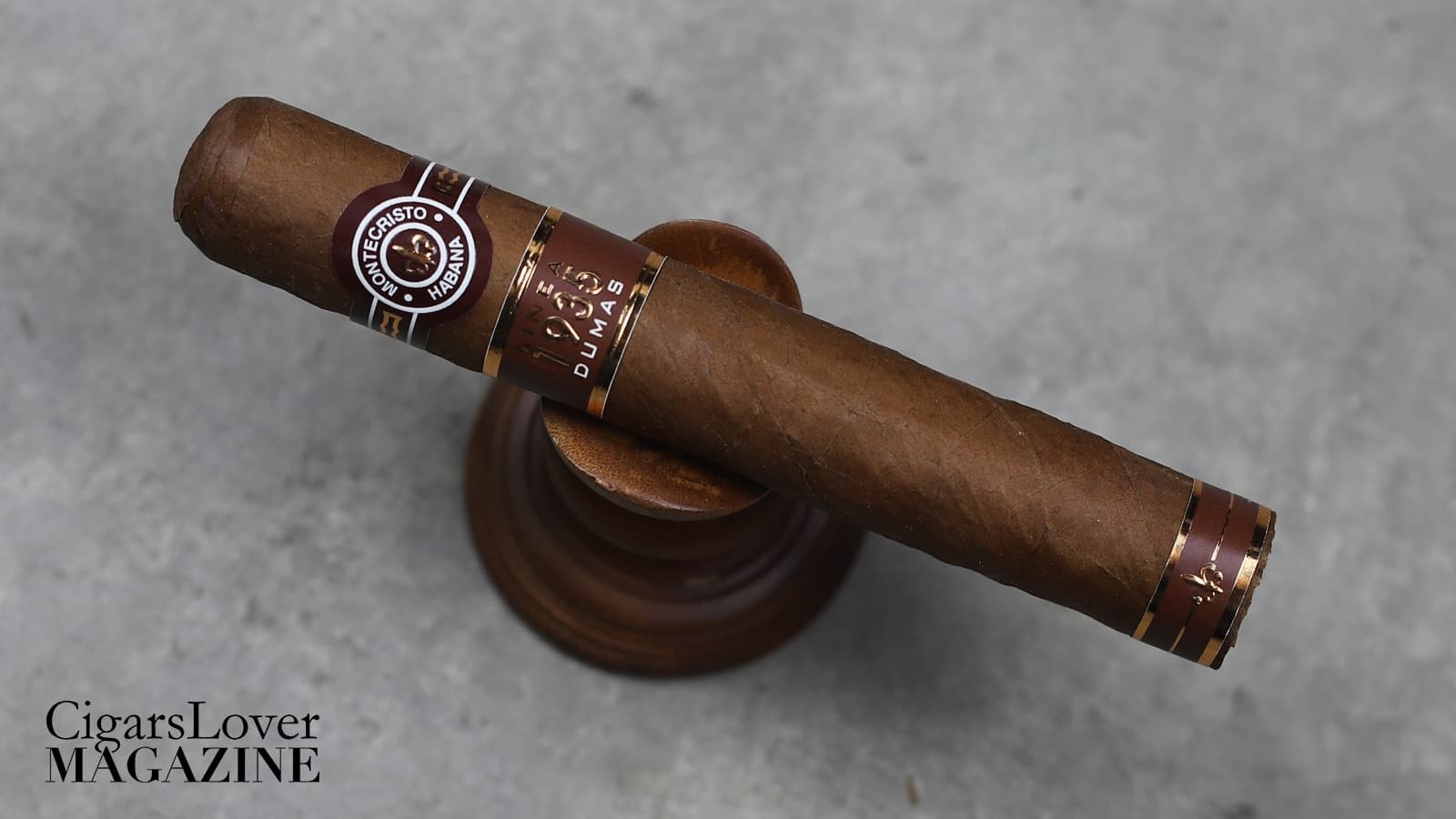 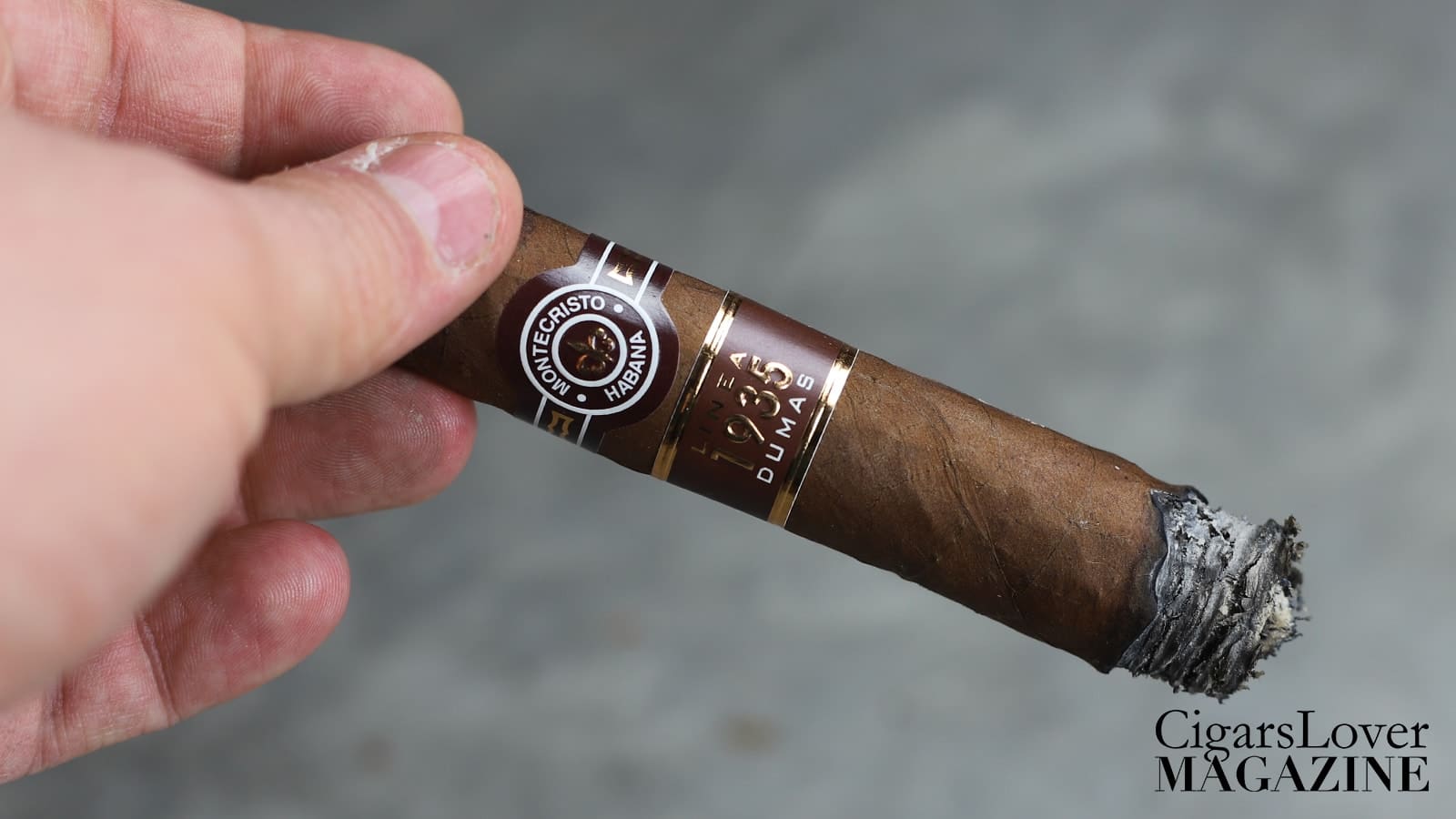 The first third confirms the vegetal notes, now enriched by a spicy component of white pepper. Aromas of earth and toasted nuances follow, which make their way on a slightly bitter base. Strength is slightly above medium bodied (3.5/5).

In the central part, the spicy notes become more pronounced and culminate into hot spices. The bitter notes are not as pronounced anymore, while the strength remains constant (3.5/5).

In the last third, the profile turns to notes of roasted coffee beans and earth. The spice component becomes less and less perceptible towards the end. Strength, even in the latter part of smoke, remains constant (3.5/5).