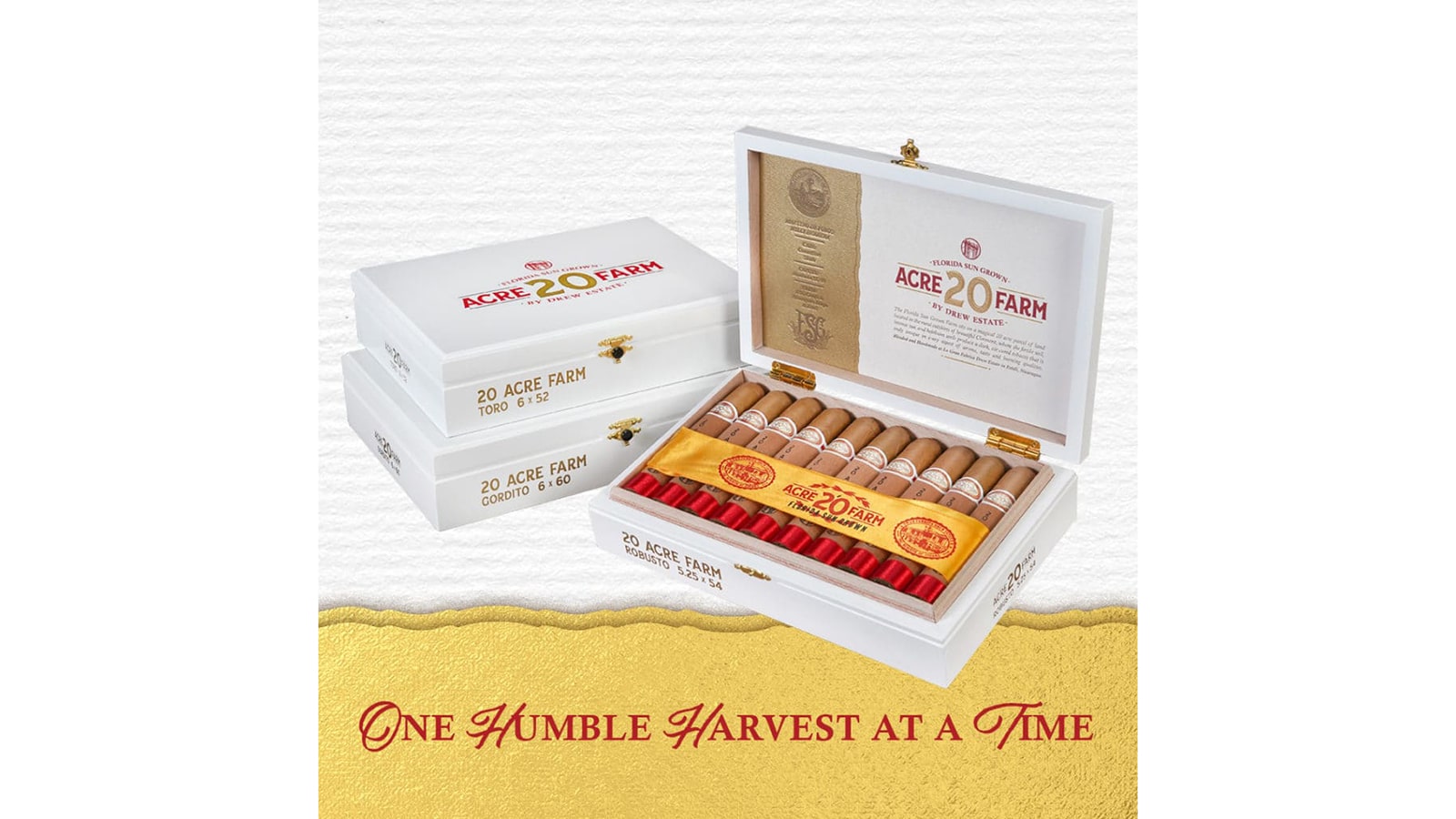 The farm is a 20-acre plot of land in Central Florida, in the city of Clermont. The farm has been owned and operated since 2013 by Jeff Borysiewicz. If that last name sticks out to you, it is because Borysiewicz opened Florida’s Corona Cigar Company back in 1996. The plan for the farm was to bring back the state’s historical legacy of cigar tobacco, something that went extinct back in 1977. The Florida Sun Grown tobacco has proved to be so unique that it has been used previously in other cigar brands, and it now takes center stage in Drew Estate’s 20 Acre Farm. In the press release, Jeff Borysiewicz says: “Florida was once a big tobacco supplier for cigar factories in Tampa and beyond. The farm that I bought just west of Orlando proved to be the perfect plot of land to resurrect Florida’s cigar tobacco growing heritage. We combined age-old tobacco-growing practices along with the most advanced modern agricultural techniques to produce Florida Sun Grown tobacco, which is unique in every aspect of flavor, intensity, and aroma.”

Jonathan Drew, Founder and President of Drew Estate, comments about Jeff’s farm: “Jeff’s magnificent farm in Clermont has the feel of being directly transported from Cuba’s famed Vuelta Abajo region, where the best Cuban tobaccos are harvested. While carefully blended into the cigar, so it doesn’t overpower the rest of the tobaccos, the Florida Sun Grown tobacco serves as 20 Acre Farm’s backbone, and it leads every aficionado on an exclusive journey thru history, space, and time to the gilded years of Cuban cigars.”