Wolfburn Small Batch 128 is a small batch release of 6.000 bottles. The name of this whisky comes from where it has been aged: warehouse 1, stow 28. Batch No.128. This whisky is matured in 100-litre first-fill ex-bourbon casks. This distillery was founded in 1821, by William Smith, that named it Wolfburn after the watercourse it drew from, “burn” being the Scots word for a small river. In the 19th century, it became one of the largest distilleries in Caithness. Then, years later, in the 1850s, production seems to have ceased and the distillery closed a few years later. In 2011 the work to bring it back to life began. The Wolfburn logo was taken from a drawing by Conrad Gessner, a 16th Century linguist and zoologist. 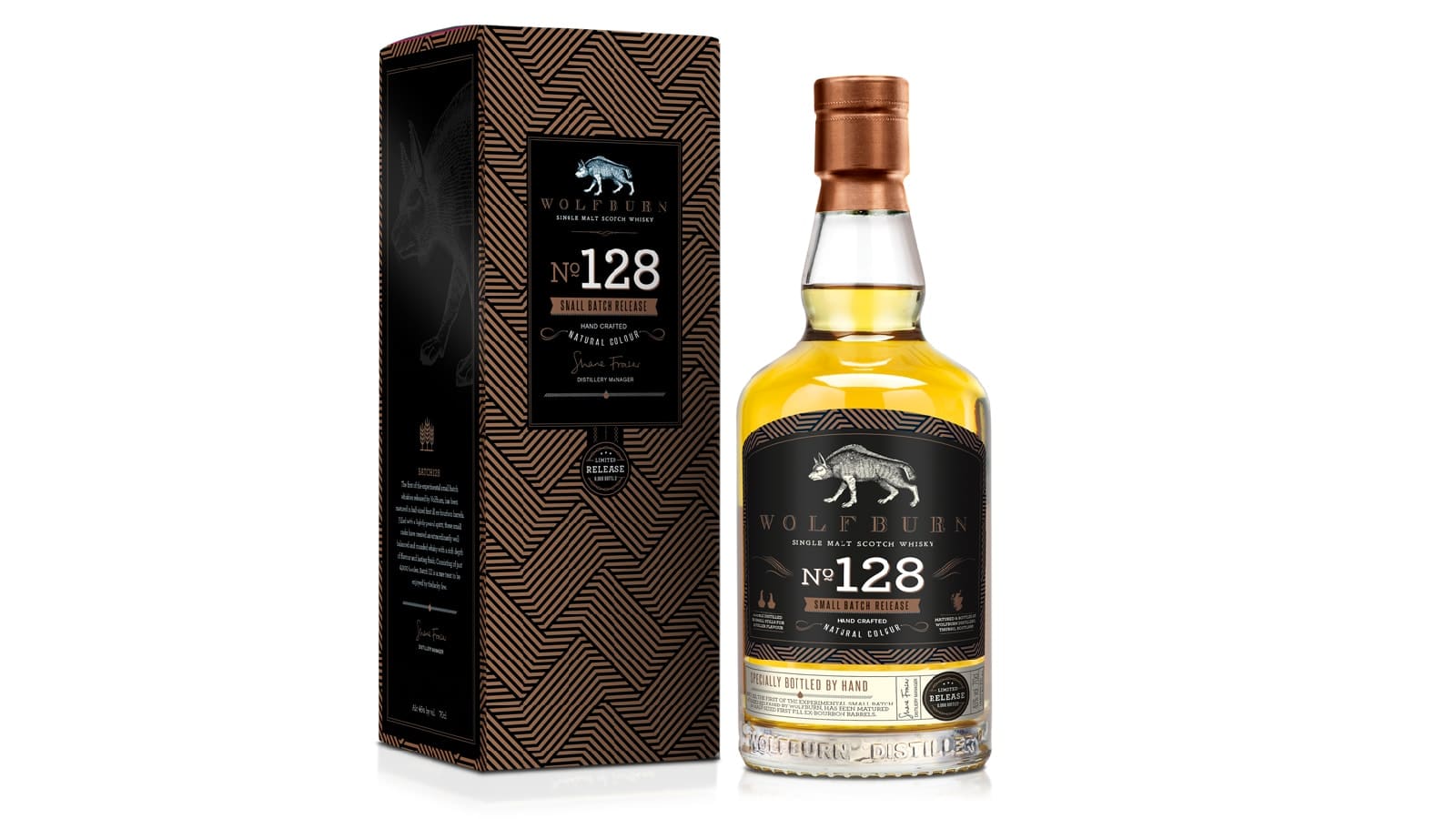 It delivers delicate peaty and smoky notes, followed by hints of smoke and a citrus aroma, resembling cedar. Lastly, an iodine touch enriched by medicinal herbs.

Ash, peat and malt are soon followed by a touch of saltiness. Then yellow fruit. The flavor profile is completed with mineral nuances and licorice.

Persistence is medium. It releases peat and black pepper, together with a remarkable iodine aroma.

Overall, the Wolfburn Small Batch 128 is equipped with a good complexity and a decently wide flavor profile. It is a well balanced Scotch whisky.