Established in 2006 in Roudham, Norfolk, The English is the commercial brand with which St George’s Distillery has been rejuvenating the tradition of English whiskeys over the past years. This strong identity branding did not prevent them from establishing important relations with their Scottish cousins: indeed, their first master distiller was Laphroaig’s Ian Henderson and many of their malts come from beyond the Adrian’s Wall.

Released in April 2019 as a small batch edition, this Virgin Oak Cask is an all-together new project: dedicated to St. George, holy patron of England, this whisky is made from autochthone barley malted in 2013 and aged for six years in virgin American Whike Oak casks. The first small batch consisted of only 2,689 unfiltered and uncolored bottles. 46% ABV. 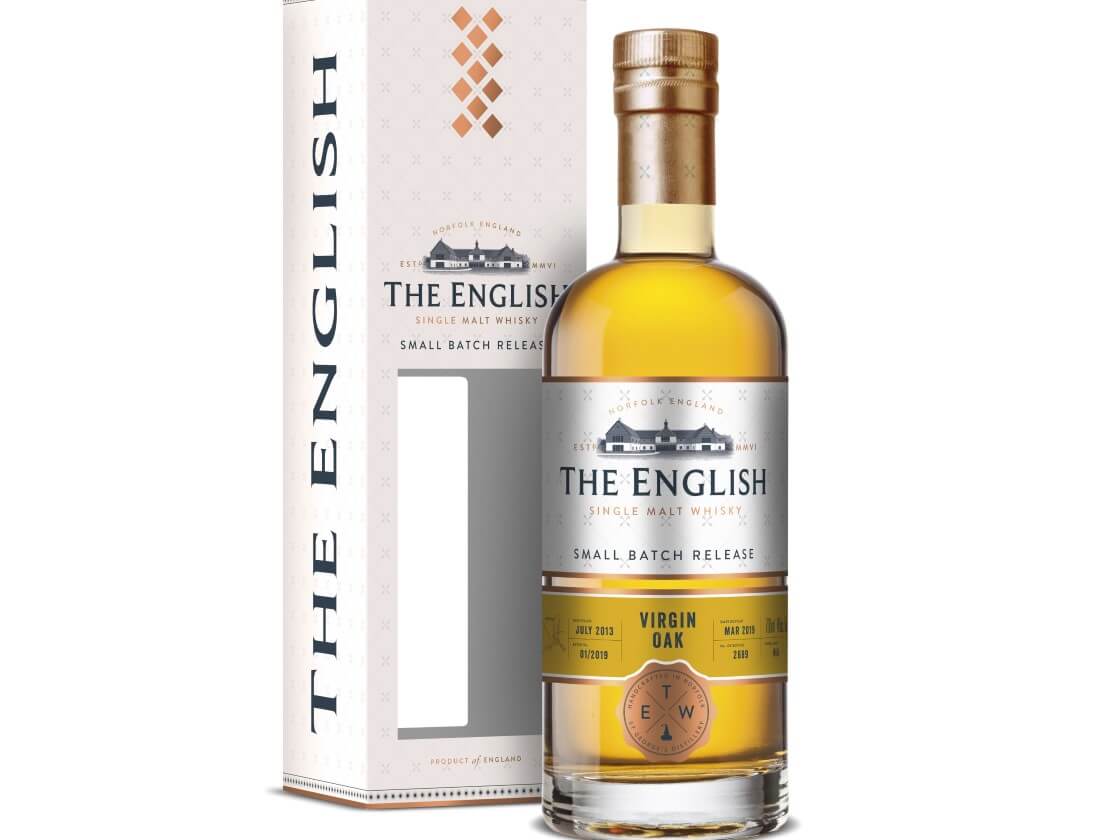 smooth start with almond cream and vanilla-flavored fruit followed by intense notes of nutmeg and toffee. Sweetness is well balanced by the alcoholic heat that fills the palate.

This first batch of Virgin Oak Cask is really surprising. The virgin casks were perfectly handled to offer a balanced and intriguing product. The clean profile is flawless and sets great expectations for the more mature versions of this whisky. Recommended.