Ireland: history and distilleries of the Irish terroir 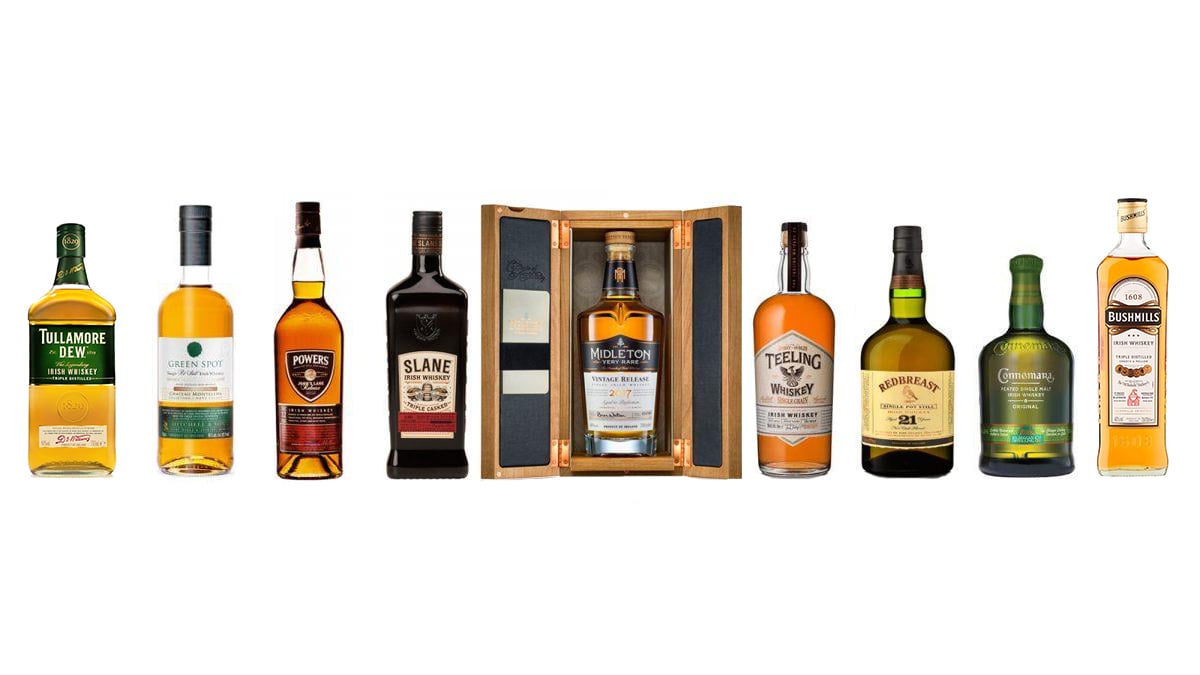 Ireland is by centuries one of the biggest terroir for the production of whisky. Let’s discover the history and the distilleries which continue the traditions of the whiskey with the “E”.

European distillation paternity is often debated between Scotland and Ireland: few are the historical sources, and not always the ones are coherent with the others.

One of the few certain elements is the import of the distillation procedure by the Irish monks from continental Europe, which was itself influenced by the Arabs, who were mastering this technique centuries before. Not only were they distilling cereals, but also many different raw materials, as an example the ones used for medical purposes.

The first historical trace of whiskey in Ireland dates back to the beginning of 1400, when the leader of a village was declared dead as a result of an aqua vitae overdose. We have to wait almost the end of the XV century to find distillation traces in Scotland, marking one point in favor of Ireland.

From that moment on Irish whiskey becomes a much appreciated beverage: Elizabeth I, Queen of England, was favorably impressed in XVI century, as well as Peter the Great in XVIII century. These are only few examples of the positive impressions generated by Irish whiskey, even though the development of this spirit was not always positive.

The first distillation license dates back to 1608, in the north of Ireland, in the site today headquarters of Bushmills, still active, the first of a long list of legal distilleries which, however, decreased in number and capacity around the end of the century, as a result of the very high import taxes imposed by England. The same situation was repeated at the beginning of XIX century, when the legal distilleries decreased to a minimum of twenty, compared to the several hundred of the previous century.

It was at that moment that Irish whiskey acquired a special, particular characteristic which is still very evident today: import taxes were particularly relevant for malted barley, thus Irish distillers started including a part of non-malted barley, capable of slightly modifying the taste when compared to Scottish products. In this case the product is called Pot Still Whiskey, from the traditional still names, much less efficient than the ones invented by the Irish Mr. Coffey around 1830.

The stills which are even today named Coffey are much more efficient, and provide a lighter spirit: Coffey accepted the criticisms of the Irish distillers, who were objecting this unconventional method, and decided to bring his own invention to Scotland, where it quickly became synonymous of wheat whisky and, thus, of blended whisky, which was better suited for less expert consumers, due to its less intense taste and cheaper cost. This incident, in some parts a mere legal dispute, ended at the beginning of 1900, when the whisky created using Coffey stills was equalized to the Pot Still whiskey. XX century was not very easy for Irish whiskey: Great Britain government stopped whiskey import in the’30s, during Prohibitionism, and made it illegal the export to Canada, at that time a major buyer of every type of whisky to illegally introduce it in the United States. The Second World War seemed to put the word end to the glory of Irish whiskey: only few (less than ten) distilleries survived, all of them with major financial and sourcing problems.

In 1972 only two distilleries were still operational: Bushmills and Midleton, respectively in the north and south of Ireland. In 1987 a first attempt of rebirth took place: Cooley’s distillery was founded, while in 2005 Bushmills was acquired by Diageo, renowned spirits and alcoholic beverages multinational company.

Today active distilleries are still few, but many are built: Bushmills, Cooley, Kilbeggan, Midleton. Irish products are much appreciated in the U.S.A., it is enough to mention that Jameson exports two thirds of its production. Another element to underline is that, differently from the Scottish tradition, it is possible to produce with one’s name in a different distillery: best example is Cooley, which produces for many different brands, including Connemara and Tyrconnell; Tullamore Dew, similarly, is produced at Midleton’s. 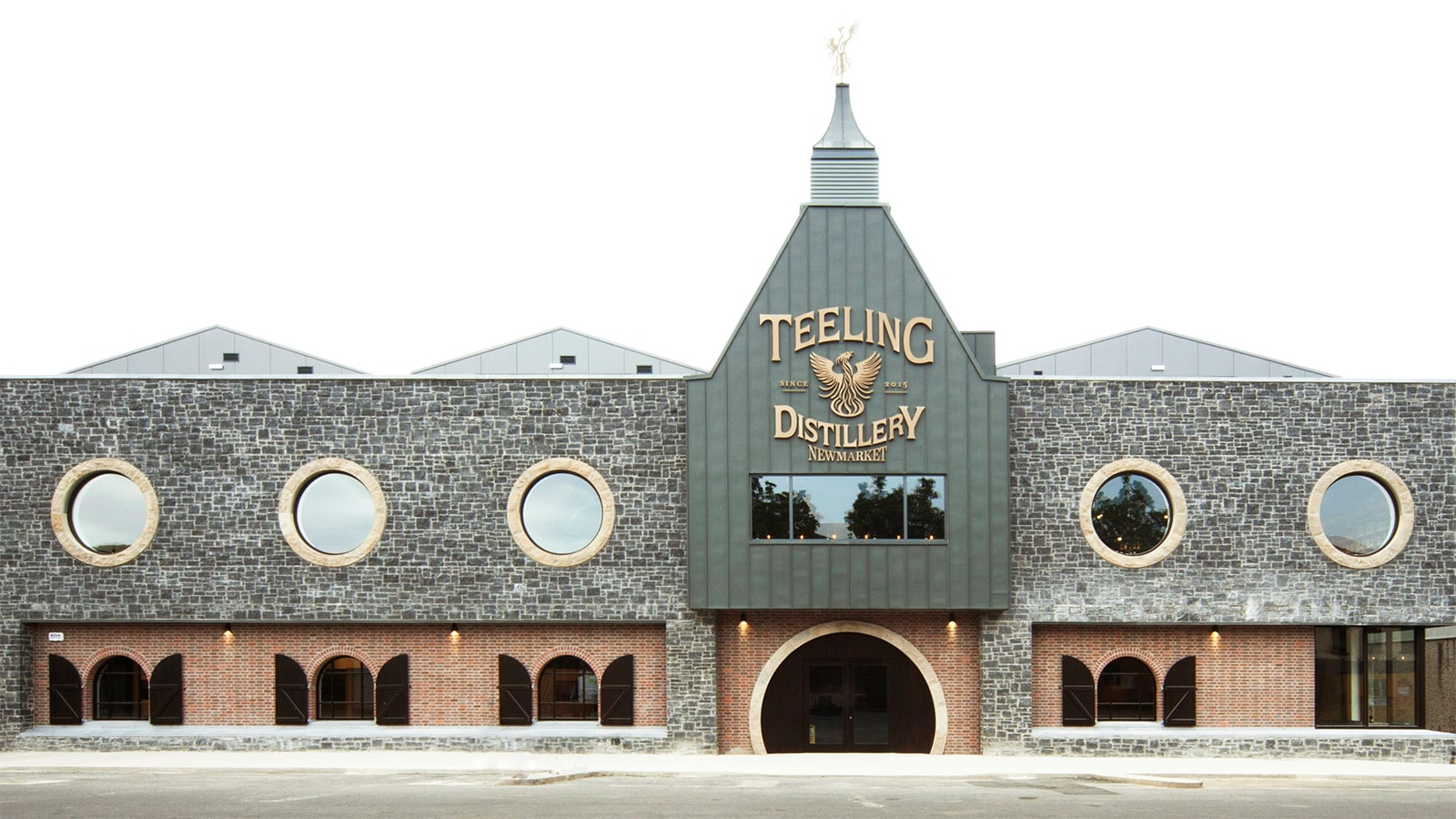 Only in 1980 a detailed set of rules to be applied to whiskey appeared in a dedicated law, the Irish Whiskey Act. We are hereby shortly mentioning some aspects to analyze them:

• Aging has to be completed in Ireland (North or South) for at least three years;

• The new make spirit has to reach a maximum alcoholic percentage of 94,8% ABV;

• The base product, the so-called “mash”, has to be made of cereals, to which yeast has to be added;

• The term “blended” has to be used to indicate a product made of two different cereals based spirits.

Since January 2017 a new set of rules designed by the Irish Whiskey Association which, as well as the Scotch Whisky Association, represents the manufacturers with the aim of preserving the interest of the final end-users, entered into force. The production criteria, starting from raw materials and distillation methods, are established, thus creating different product categories: 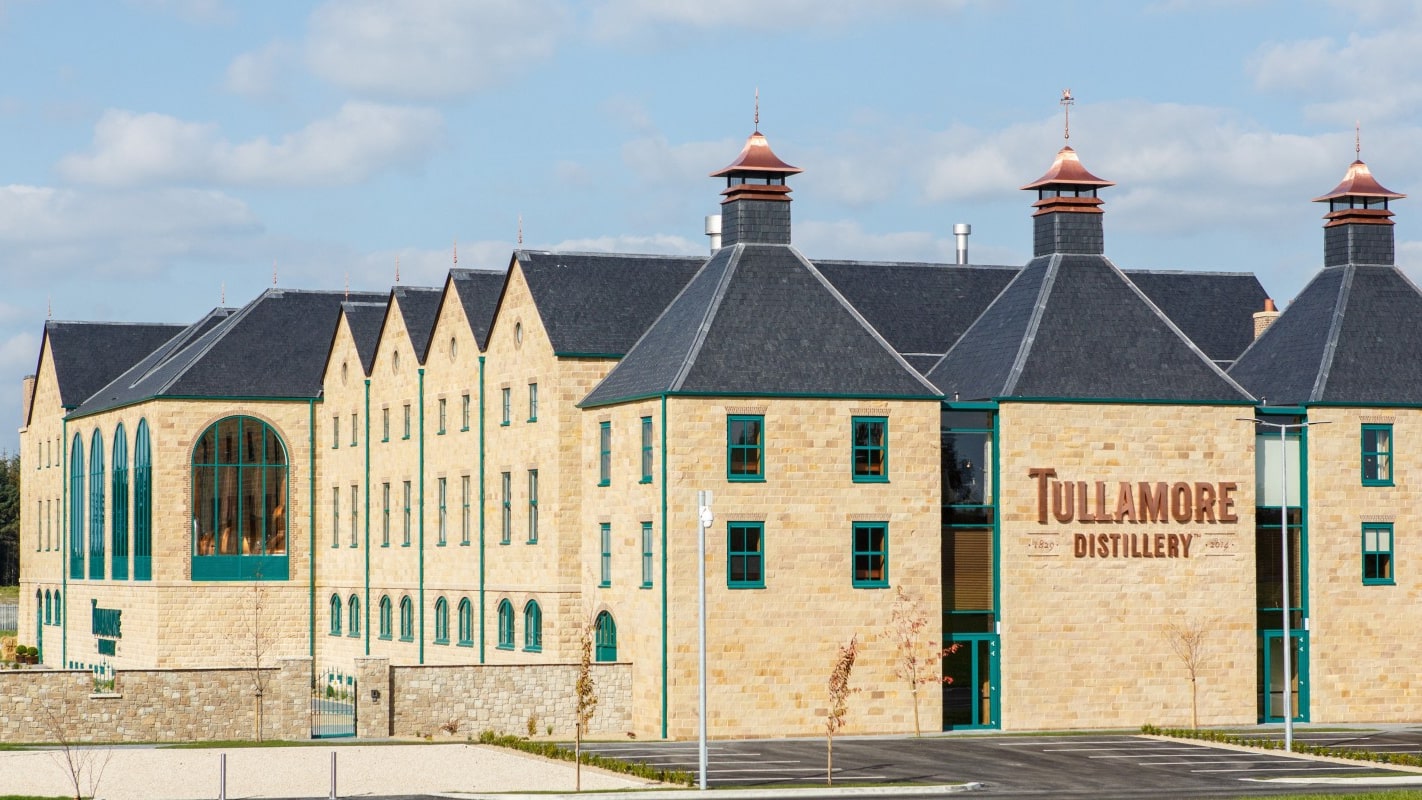 ● Bushmills: 50 km away from Port Ellen, Islay, Scotland, this distillery presents a peculiar way of exploiting triple distillation, by tagliando several times the spirit depending on the final product which is intended for. Casks are used maximum for 25 years consecutively and the grain whiskey comes from Midleton. In 2005 it was sold by Pernod Ricard to Diageo and in 2008 celebrated 400 years of history; in 2014 it was purchased by Jose Cuervo, another giant of the spirits industry.  The core-range is composed of Red Bush, Original, Black Bush, 10 Years, 16 Years and 21 Years, in addition to several special editions with different characteristics and number of released bottles.

• Cooley: founded in 1987 by John Teeling with the intention of supporting the entire Irish whiskey movement in the World more than 100 years after the last distillery foundation, produces many brands starting from pot and patent still distillation, which allows the internal creation of blended and single malts. Since 2011 it belongs to Jim Beam, the group which became Beam-Suntory in 2014. Some of the brands here produced are Tyrconnell, Locke’s and Connemara, the last one being peated and competing against Scotch malts.

• Midleton: heir of three whiskey companies, which merged into the Irish Distillers Group in 1975, it produces many brands, some of which are exported and famous all over the World. It belongs today to the Pernod-Ricard group, and it distills both single malt and grain whisky. Distillation method is not the same for each brand, but rather changes even in a radical way depending on every day needs; distillation phases are so complex the process has to be very carefully monitored. Midleton produces as an example Jameson, one of the most renowned brand of the World, as well as Green and Yellow Spot, Paddy and Redbreast, one of the top quality, much appreciated brands.

• Kilbeggan: this was originally a brand produced at Cooley’s, while since 2010 it is independent. In the beginning John Teeling acquired this warehouse to age part of the spirit manufactured at Cooley’s, since that distillery was not large enough. Today belongs to Beam-Suntory group.

• Tullamore DEW: founded in 1829, experienced many different incidents up to closing in 1954, moving the entire production to other distilleries. In 2010 Glenfiddich and Balvenie owners decided to re-build this distillery, which is active since 2014; the grain whisky comes from Midleton. Distillation is triple and products are quite different, some of them without aging statement, others with a defined age.

• Teeling: founded in 2012 by Jack, son of John Teeling, founder of Cooley, started distilling in 2015 and currently ages its own production in unusual (for the Irish panorama) casks, such as white or Cabernet wine ones.

Other brands can be met among Irish Whiskeys:

• Knappogue Castle: previously manufactured at Cooley’s, now should be done at Bushmills’, even though this is still not official.

• The Irishman/Writers Tears: property of the Walsh family, current production is constituted by casks of other manufacturers, but since 2016 a family distillery started being active, and should soon start to commercialize its own production of whiskeys.

• West Cork: founded in the first years of the XXI century, features a reduced range of whiskeys, but also produces vodka and gin.

• Glendalough: production started in 2015, it also distills gin and commercializes other products manufactured (so far) at Cooley’s as well.

Irish whiskey represents a must-do step for every passionate drinker; if in the past this product was classified as very neat, and due to this aspect simpler to taste, today this is no longer true. Generalizing, Irish products are for sure less sharp-cornered when compared to the Scottish cousins, but they often feature good levels of complexity and great refined, polished taste. The usage of non-malted barley is peculiar and unique in the Worldwide scenario, as well as the triple distillation.

The commercially available products are not many, but it is often possible to find them at reasonable prices; it is important to underline that limited editions and cask strength bottles are produced as well, capable of fascinating and amazing every palate.