Pure Aroma Cigars brings an old Cuban brand back to life, called Lords of England. The company is based in Miami, but their production takes place in Costa Rica. 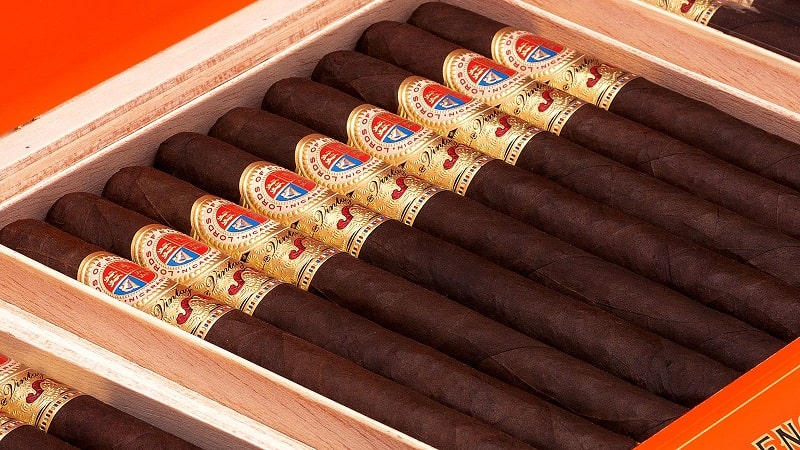 Isaias Santana Diaz, current president of Pure Aroma, born in Cuba in 1973, inherits the passion for tobacco from his grandfather Francisco Crossier (the D’Crossier line is named after him). He was a French winemaker of the late eighteenth century, who was infatuated with the island of Cuba during a journey in search of new seeds to renovate its vineyards. The love for Cuban tobacco was immediate, so much so that he moved there.

The second coming  of the Lords of England has no longer anything to do with the distant Cuban origins. It is reborn with a distinctly Nicaraguan soul, for both the filler tobaccos contained in the blend and for the place of production (Tabacalera Perdomo in Estelí). The new cigar will be available in two variations: an Ecuador Connecticut and a Mexican San Andrés Maduro version. Both have Nicaragua binder and fillers.

The cigar is dressed with two bands, that are predominantly gold. One band bears the name of the brand and the country of production, the second has the word Vintage written on it.

Lords of England will be available in 3 different sizes:

The cigars come in 25 count boxes and the retail price is between $ 7 to $ 8, per single cigar.