Punch Punch 48 was in the last years release list of Habanos S.A. and has been quietly released at the beginning of this year. Although, only a small number arrived recently in Switzerland. 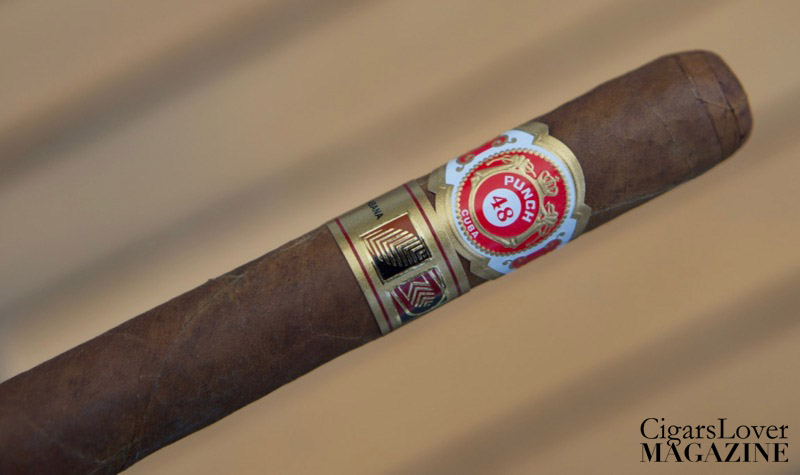 This special release Punch, a Hermosos No.3, will be sold not only in Casa del Habanos, but also at Habanos Specialist. That is why both logos are showcased on the second band. 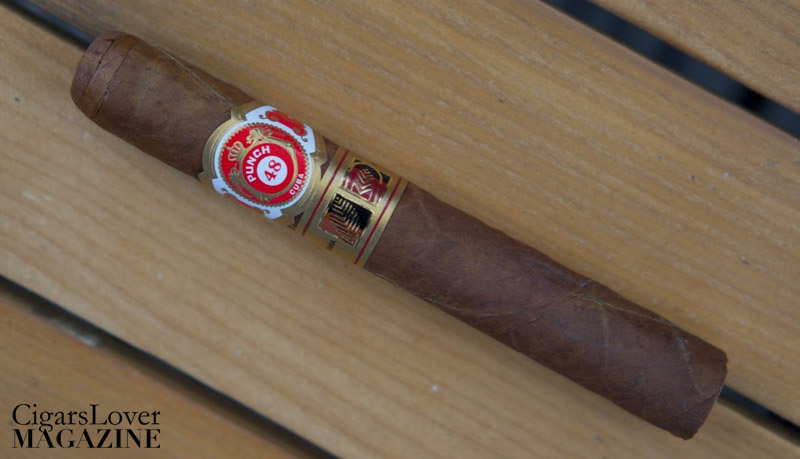 What makes the Punch Punch 48 really stick out, are the new bands. An particular Punch band, with a 48 written on it, and a golden second band, that displays both logos (La Casa del Habanos and Habanos Specialists).

It is dressed in a reddish brown wrapper that, sadly, isn’t as pretty as the band. There are many green dots on it, and the tonality is uneven as well. The filler is uniform.

Punch Punch 48: the cold draw reveals slight woodsy notes and some ammonia. Once lit, the cigar starts out rather flat and light.

There isn’t much going on in the first third. Some notes of wood can be perceived, together with faint cinnamon notes. Strength is medium light (2/5). 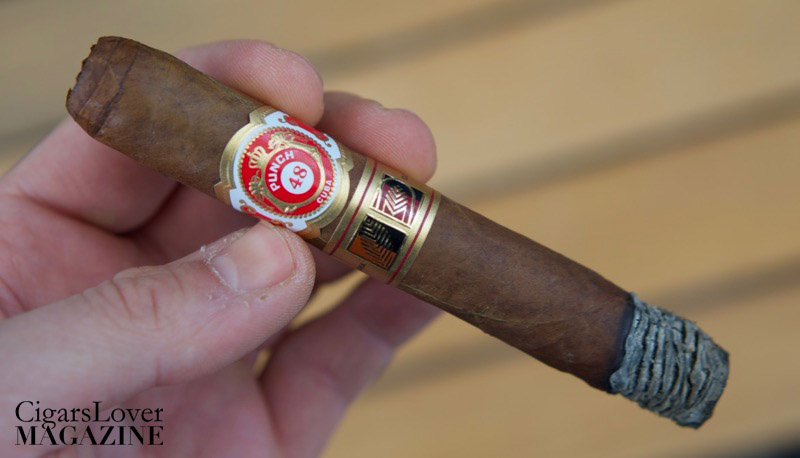 The second third picks up a little in flavor intensity. Wood, cinnamon and a certain freshness reach the palate. Some bitterness starts to slowly creep up in the background. Strength is still medium light (2/5).

While the aromas stay the same in the final third, the cigar begins to show its youth. Although the strength increases to a medium level (3/5), the bitterness intensifies as well.

Overall, the Punch Punch 48 it doesn’t seem to be yet ready to be smoked. Although it improves in the second third, the best part, it then crumbles under its youth, delivering some bitter notes. Age will definitely work in favor of that, but will it change anything? If the middle part is any indication for what is ahead, then it might become a solid, medium-light bodied morning cigar.