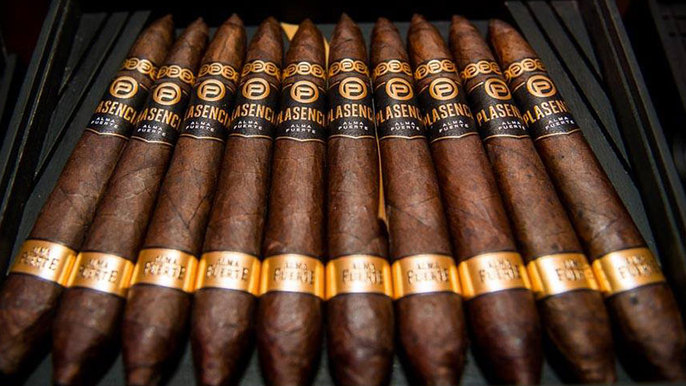 The blend was created using the best tobaccos available from the storage  of the Plasencia family, producers since over 100 years; the blend is composed of a Shade-Grown Jalapa wrapper, the rest is comprised of Criollo 98 from the Esteli, Condega, Jalapa and Omotepe regions. 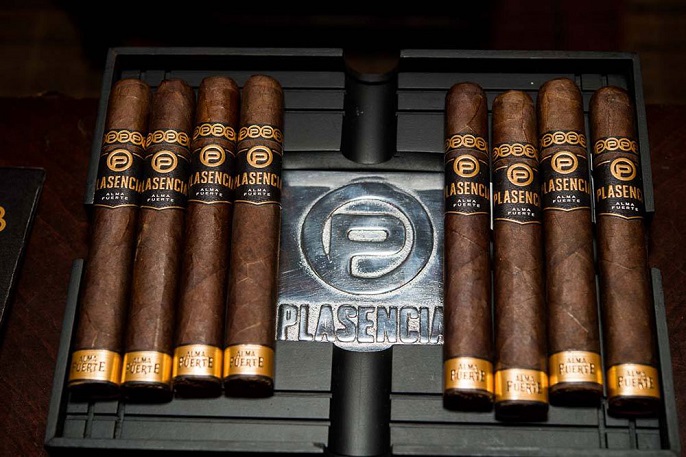 Alma Fuerte is made in Nicaragua in the Plasencia Cigar Factory, in Esteli; available in 10 count boxes united by the original design: the lid of the box has two functions. One is to enclose the cigar and when turned on its head it transforms in to an ashtray made of pewter furrowed with four deep grooves, that can hold the cigar while smoking.
There are four more lines under the Alma series expected, in the near future.