The Partagas Capitols, which just recently appeared on the market, belong to the new Línea Retro (together with the Romeo y Julieta Club Kings), which was presented by Habanos SA back in 2017. While the Línea Retro takes inspiration from the name and packaging of a Partagas Capitols that was sold until the mid-1980s, there are some differences between the original and the new one. The first major difference is the size, with the original being a Petit Cetros in size (40×129), while the new release comes in a Mareva size. The other difference is that the old Capitols appeared to be machine-made. For more information, click here. 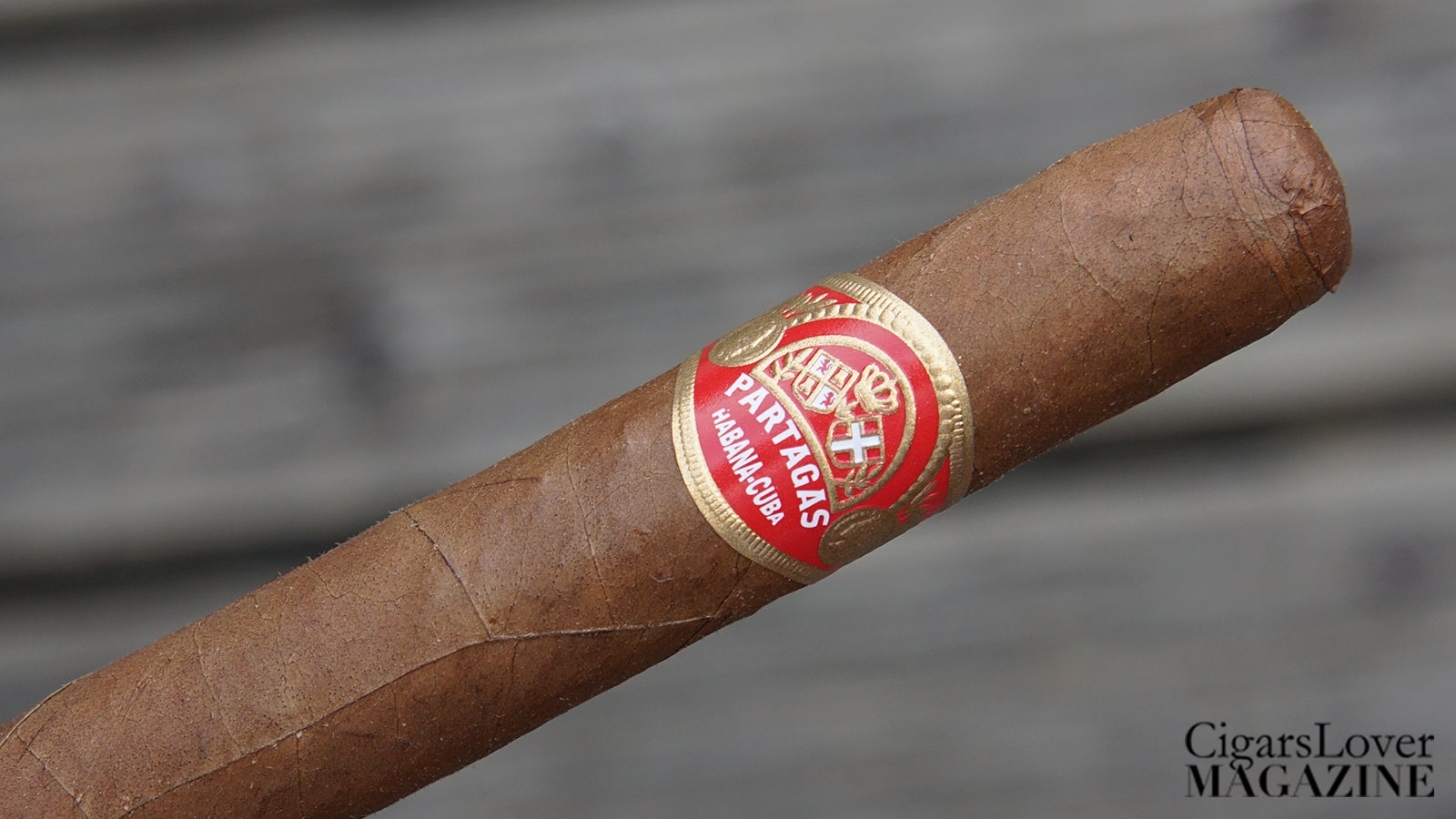 There is a nostalgic feel to opening up the 5-count tins. Pulling out one cigar, it reveals a Colorado shaded wrapper. There is on prominent vein running across the cigar. Aside from that, the wrapper is quite smooth to the touch. Filling is uniform, and construction doesn’t present any flaws. 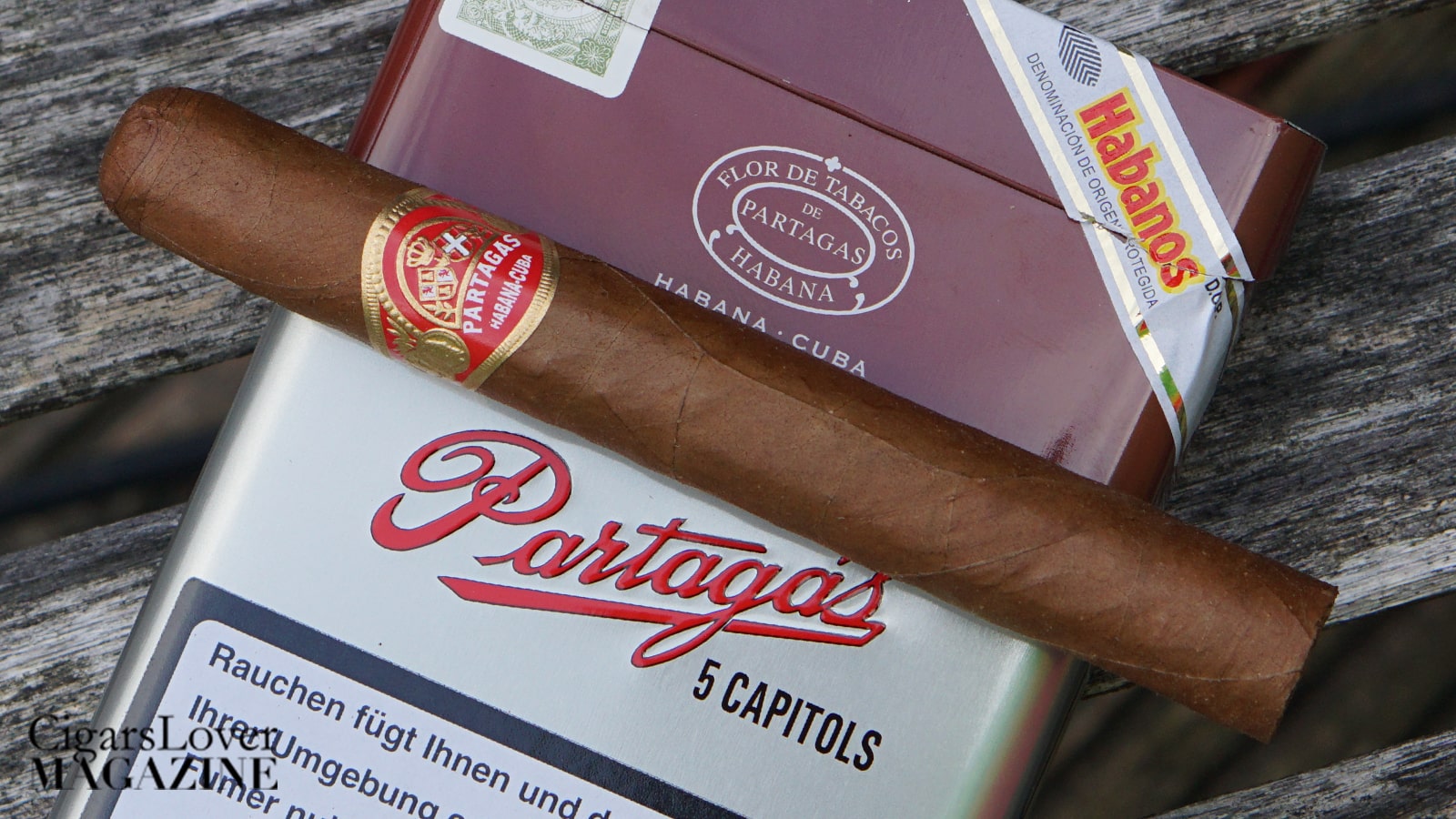 Partagas Capitols: the cold draw brings a combination of wood and spice to the palate. Once the cigar is lit, it opens with vegetal and spicy notes. 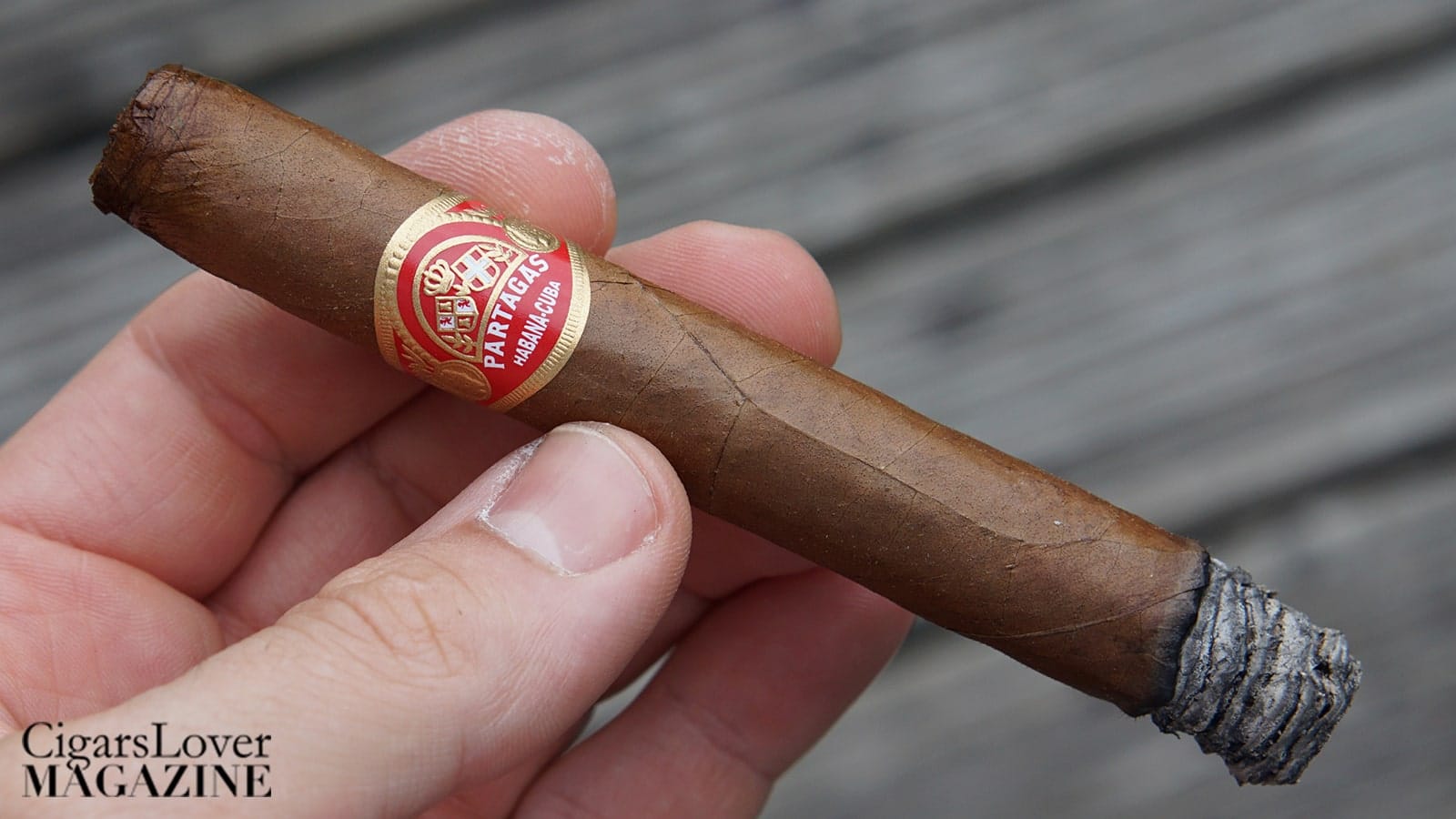 Further into the first third, the spice, mostly white pepper, is the main flavor. Wood appears as well, that takes the place of the vegetal nuance, which has moved to the background. Strength is a close to medium (2.5/5).

The second third, has the white pepper and wood as the prominant flavors. The vegetal nuance has vanishes and a coffee note has appeared instead. Some puffs also add some leather to the mix. Strength has now reached the medium level (3/5).

The cigar shows its youth in the final third. The profile, while still dominated by white pepper, wood, coffee and some leather, starts to slowly turn bitter, but nothing exagerated. Strength remains medium.

It is great to see classic sizes, like the Mareva, returning, especially if they are good which is the case for this Partagas Capitols. The flavor profile is true to the brand and while the cigar is still fresh, it is surprisingly balanced and the youth (bitterness) only realy comes trough towards the end. A little rest should take care of that. One of the better regular production additions of Habanos in recent memory.