Nicaragua: what is the future for its tobacco?

Nicaragua: what is the future for its tobacco?

Despite the media silence, Nicaragua continues to live in there socio-political drama, which we covered during the disorders culminating in the months of April and May 2018 (click here for the a picture of the political situation, while for the implications on the cigar industry we remind you of our article published in the Summer edition of 2018, which can be downloaded here.)
In the past months the governing staff, led by Daniel Ortega, tried to adopt measures that would calm the resentment of the population, that were lit by cruel measures of salary reductions and tax increases. The uproars and protests, while not having reached the same levels of violence as in April and May of last year, have been focused in, and around, the capitol of Managua. However, the Country of Volcanos was subject, during these past months, to market restrictions and episodes of urban violence, the later is more tied to micro criminality and outraged citizens during their anti-government protests. For these reasons, many countries didn’t suggest (and still don’t) travels to Nicaragua if not strictly necessary. The effect of this instability affected the aficionado in the way of the Puro Sabor not taking place this year (which would have been in its 8th edition). 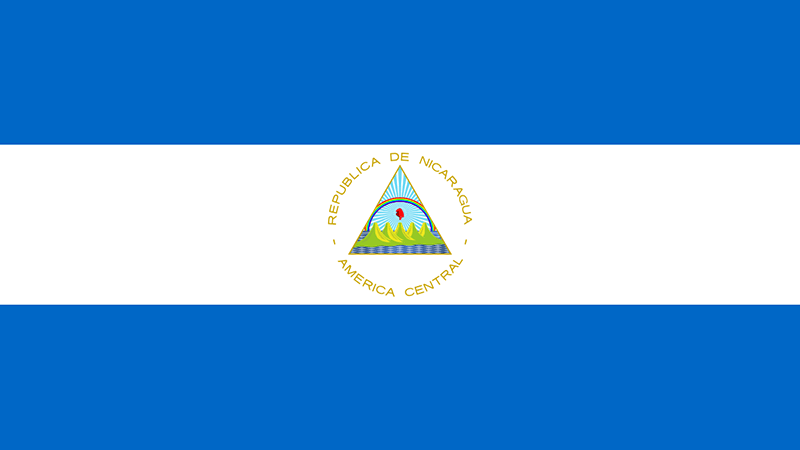 Such long periods of civil disorder and bad political practices haven’t helped the economic wellbeing of the country. Every three months, the COSEP (Consejo Superior de la Empresa Privada) and the FUNIDES (FUndación NIcaraguense para el Desarrollo Economica y Social) elaborate and monitor the economic activity in Nicaragua. We had the chance to read the Report n.3 released in December 2018, extracting data, that is not reassuring of the well being of the nation, and taking notes of the situation in respect of the local cigar factories. The situation pictured by the two institutions shows an economic regression which began in the month of October 2018, fueled by the civil disorder (anti-government protests, human rights violations from the government, civil un-safety) that, during the past months, have reduced the expectations of international economic agents. In the period analyzed (January-October 2018) there were a good 453 thousand workers who were dismissed or “suspended” from their jobs and 137 thousand were unemployed; those who were able (60 thousand) emigrated. There was a sharp drop in the tourism sector, which fell by 50%, and consumer credit (-10%). What is not comforting at all, is the data relating to the contraction of bank deposits, reduced by 25% in a few months, equal to $ 1,374 million: this makes it more difficult for citizens and businesses to get credits.

The cigar and tobacco sector

The agricultural world of tobacco, in the course of 2018, is the sector that has suffered less from this economic backlash, also due to the fact that cultivation had already started and ended at the time of the outbreak of the crisis. On the other hand, the tobacco manufacturing sector (factories) was unharmed and did not suffer major problems, with the exception of the unrests in spring (specifically, road blocks) which other then delays in delivery to the factory, or shipping, have not affected the macro-economic sector in the production and sale of cigars. However, in light of the more complex economic situation in the nation, how will it respond and how is the tobacco sector responding to the harvest of 2018/2019? The two sectors that most interest the producer are also the most affected by this crisis, namely the biochemical and financial crisis of micro bank credits. Regarding the first, with the closure of many Nicaraguan companies that produced and supplied fertilizers and plant protection products, the related goods began to increase in price both for the smaller quantity on the market and for the need to buy it from abroad. To instead understand how the contraction of micro credit can have repercussions on the production of tobacco, it is necessary to understand how these are connected to each other. Usually landowners and tobacco growers are private or small companies to which the big brands entrust the agronomic phase of the growth and collection of tobacco. Obviously, before planting the tobacco, it is necessary to prepare the land to start cultivation and, during the growth of the plant, take care of the agricultural phase. All these operations, economically speaking, are the responsibility of the grower. To illustrate, consider that the cultivation of one hectare of tobacco, that is used for the filler, has annual costs ranging between 5000 and 6000 dollars; costs of up to $ 8,000 for wrapper tobacco. To cope with this initial investment, tobacco producers used to apply for bank loans that were repaid when the harvested tobacco was sold. This access to credit is inversely proportional to the economic possibilities of the owners: the smaller the farmer, or supported by a small business, the more he will need to access an initial loan. For example, the Condega area is practically in the hands of small producers. With the contracting of the credits, already from this harvest on, many small producers have significantly reduced the land for the cultivation of tobacco (which notoriously needs a lot of care and attention, which translates into further economic outlays), or even going to convert them completely, planting onions or other vegetables, that are simpler to management agriculturally and easier to sell. This liquidity problem could find a partial solution, as it is already happening, through the cigar producers: many of them, in order not to create a supply interruption of tobacco, usually bought by the same producer, are replacing the bank credits, anticipating the annual costs for the cultivation of the desired tobacco. What is certain is that, while writing this, the quantity of tobacco present on the Nicaraguan market is lower than that of the previous harvest.

This, at the moment, is the general picture, that certainly is not free from clouds on the horizon. Difficult to predict with certainty what will happen in the future of Nicaraguan production. If brands were to replace credit institutions in granting loans to growers, we could expect, in the short term, an increase in retail prices. Conversely, in the short term these final costs could also be cushioned by the manufacturers themselves (hard to believe, because it would go against any market law), but it is a solution that, due to its uneconomical nature, can not last for a long time. In the cigar world there are few certainties, but one is guaranteed by a simple equation: less tobacco = less cigars. And often fewer cigars means discontinued products or, for the more classic law of the market, higher prices.
From aficionados close to the Nicaraguan people we can only hope for a quick solution of the political and economic problems that have, for too long, grasped Nicaragua in a relentless hold. And this does not only apply to tobacco, but also and above all to tourism, on which the Land of Volcanoes was reviving much of its image internationally.