Nicaragua: the truce after the clashes

Nicaragua: the truce after the clashes

After 1979, the year of the ousting of the dictator Anastasio Somoza, it was the Sandinistas who led the country politically until 1990. Among them stood Daniel Ortega who held the role of Nicaraguan President from 1985 to 1990, the year in which the Unión Nacional Opositora, a conservative front, won the elections. In these years of government, however, it would seem that the leadership of Nicaragua was not enlightened by the Sandinist ideals, but from an ever more marked affirmation of an oligarchy centered in the hands of Ortega, his wife Rosario Murillo (appointed vice president) and In the long run, as one can imagine, this situation has engulfed more and more democratic spaces and political balances. 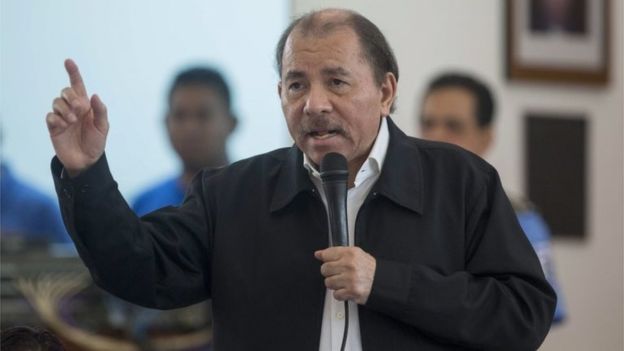 The fuse of April 19th

In this sociopolitical context, the announced program of cuts to social security programs and public security, on April 19th, has become the fuse that has set fire to a barrel of resentment towards the presidency and social oppression, that for too long had no way of manifesting itself. In fact, the protests were perpetrated even after the withdrawal of the reform. The voice of the protest was raised by university students, who immediately became the drivers and amplifiers of a feeling of social redemption, but, above all, of greater freedom and justice. There were many peaceful and unarmed protests, that took place in mid-April in the major cities of Nicaragua (the capital Managua, Granada and, to a lesser extent, also Estelì). However, despite the peaceful intentions of the protests, the government’s repression (Amnesty International reports a “repressive strategy towards demonstrations based on excessive use of force, summary executions, control of the media and use of armed pro-government groups”), groups of paramilitaries and troublemakers, have dragged Nicaragua into a bloody spiral of violence: to date, there are 170 deaths, including many children, over 1000 injured and an unknown number of disappearances. 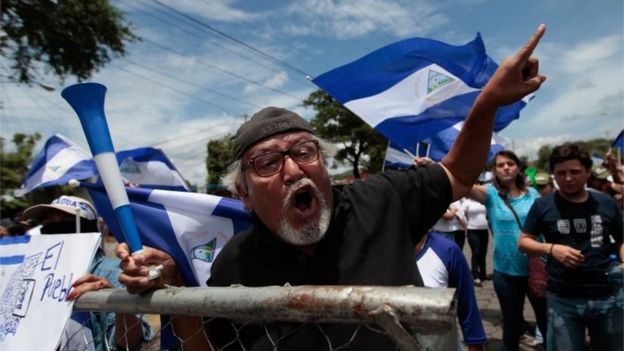 During these weeks, the people protested with every means at its disposal, such as erecting improvised barricades on the streets, aimed at searching cars and people, to prevent weapons being transported or traveling paramilitary groups. Add to this, as in all the protests protracted for several days in cities plunged into anarchy, there have been acts of looting and chaos, so as to induce shopkeepers to close their businesses or to barricade themselves inside to prevent thefts. 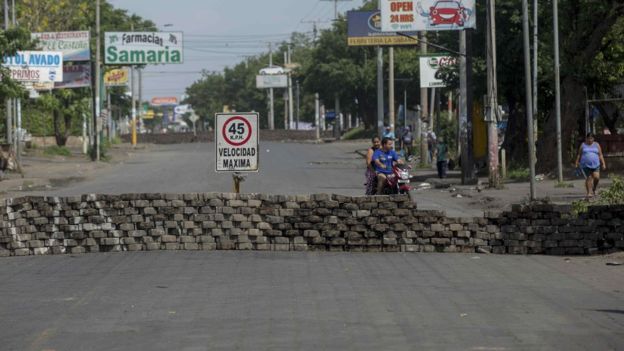 Given the rapid worsening of the situation, the Episcopal Conference of the Nicaraguan Catholic Church has become a promoter and, at the same time, a mediator of a “Plenary Assembly of the National Dialogue” with President Ortega. within which the contents of both the document sent to the President of the Republic and his response would be shared and made public.

At the same time, however, the opposition forces had already called for a general strike of 24 hours on Thursday 14th, which also stopped the activity on the tobacco fields and in the factories. The owners of the most famous Nicaraguan brands have welcomed this day of strike, showing particular attention to the safety of their workers.
Between Friday 15th and Saturday 16th there is a truce between President Ortega and the opposition forces. On the basis of the agreement, a Truth Commission will be established and will be granted to the UN High Commissioner for Human Rights, the Inter-American Commission on Human Rights and representatives of the European Union to contribute to the investigation that will shed light on those responsible for the bloodshed of these past weeks. The President of the Episcopal Conference, Cardinal Leopoldo Brenes, added that he had proposed to Ortega the possibility of holding general elections two years in advance, that is in 2019. This request was not accepted by the President of the Republic, who merely reiterated, laconically, “the desire to hear all the proposals that fall within an institutional and constitutional framework”.

It is too early to say how long this calm will last and what it will bring in the near future. voice. 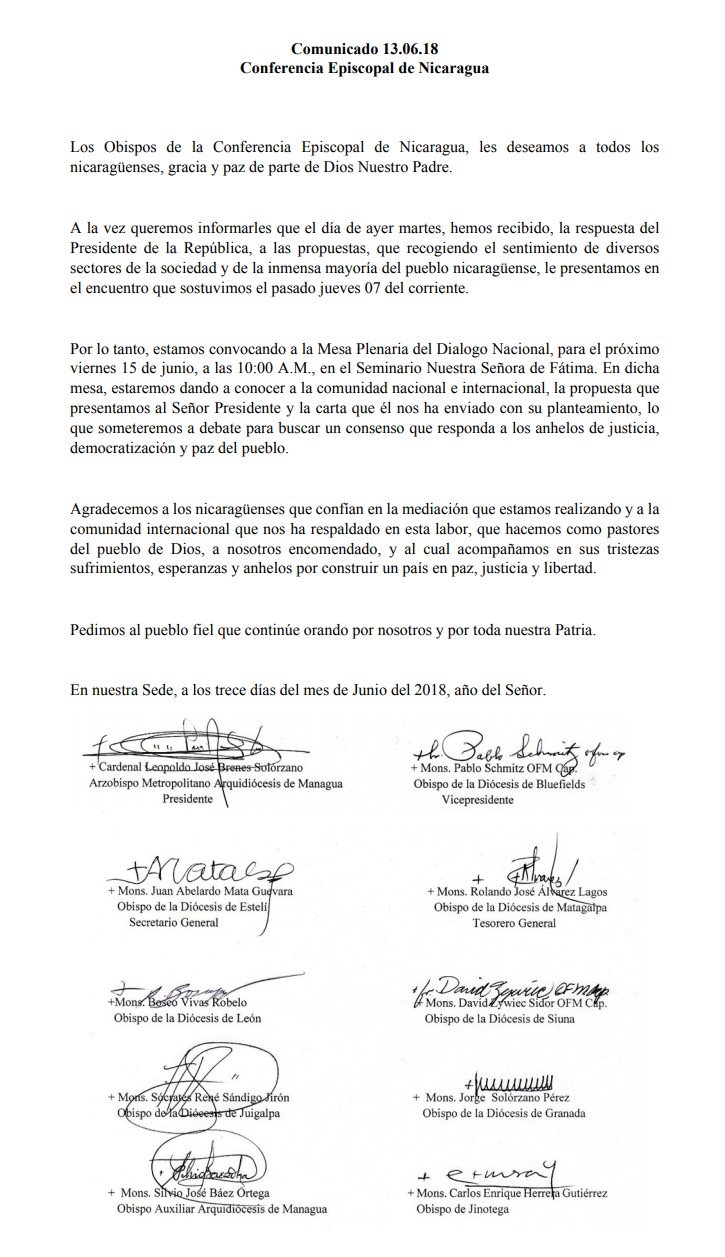