Dantes is the Montecristo limited edition for 2016. As it has often occurred in the last couple years, the limited editions have been released with a considerable delay and this Dantes have only recently been introduced to the market. 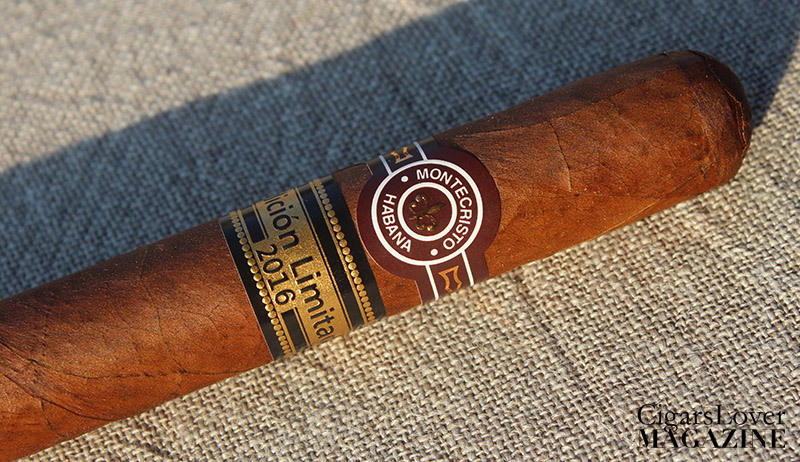 Aesthetically it presents itself dressed in a Colorado colored wrapper; smooth to the touch. Filling, in the tested examples, isn’t always uniform and in some cases the cigars had small gaps in it.

Montecristo Dantes EL 2016: rich notes of cedar in the cold draw. The opening brings spicy notes of black pepper, roasted coffee and hints of cocoa to the palate.

The first third continues with the roasted coffee, accompanied by cedar. The spices move to the background and the base is particularly salty. Progressing in to this third, notes of wet earth are revealed. Strength is slightly over the medium (3,5/5).

In the second third, the earth stays present and alternates now with nutty notes: a mix of walnuts and almonds, with the first being intenser initially, but then leaves room for the later in the finale of this third. The spices, black pepper, become more vigorous. Strength increases, increasing to a medium-full level (4/5).

Reaching the finale third, notes of herbs appear, which accompany the wet earth and the nutty notes. The peppery flavour increases in intesity and results more present on the palate. Strength increases further (4,5/5). Hot spices close out the smoke.

Overall, a limited edition that confirms the positive trend of the Montecristo brand in limited edition series. Even if there are some little mechanical defects present (some corrections to the burn were necessary), it is a cigar with an evolution, with nice rhythm changes in the various thirds. Be it strength, or flavor-wise. Good in intensity, with a long finish.

The Dantes are already smokable, but they’ll surly improve after only a short period of aging.