Kilchoman 100% Islay 9th Edition represents the ninth edition of this bottling, which has been released annually since 2011. In this specific case, it is created starting from the crops of 2007 and 2009. It is aged for over nine years and it was released around mid-September 2019. The new 100% Islay edition is aged exclusively in ex-Bourbon barrels (the eighth edition was aged in Sherry casks).

100% refers to the fact that the entire production chain is made on the island of Islay, starting from the cultivation of the barley, to all processing steps up to bottling and aging. 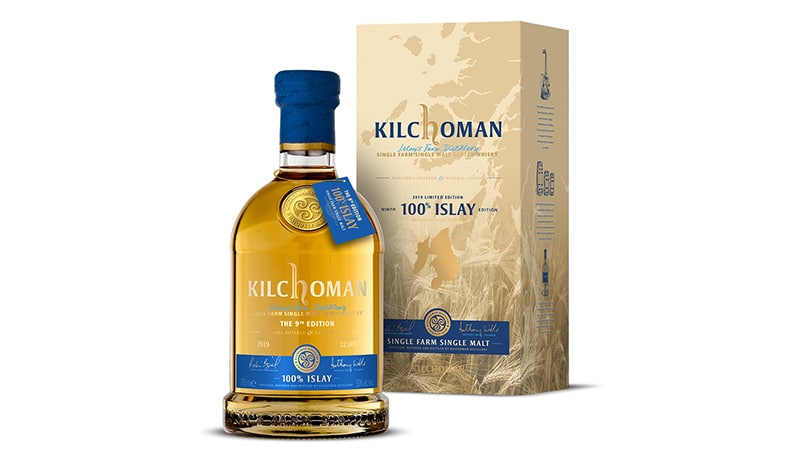 peat is in the foreground, followed by intense marine notes, which recall the scent of the shore. Everything is enriched by the aroma of bonfires, which is also confirmed on the palate. Lastly, a spicy vein of black pepper emerges.

Overall, the Kilchoman 100% Islay 9th Edition is a straight forward malt. It embodies the personality of Islay whiskies and is therefore a bottling close to peat lovers. The flavor profile is intense, although not particularly broad.