Officially launched in 2016, the H. Upmann Magnum 54 reached the retailers only in 2017. The real marketing for the cigar didn’t start until 2018, when these cigars became readily available.

Magnum 54 is one of the latest news at H. Upmann, fully embracing today’s demand for large ring gauges with a short size. As already happened also for its predecessors, the 54 presents two bands, a classic H. Upmann band and a second that shows the name of the cigar. 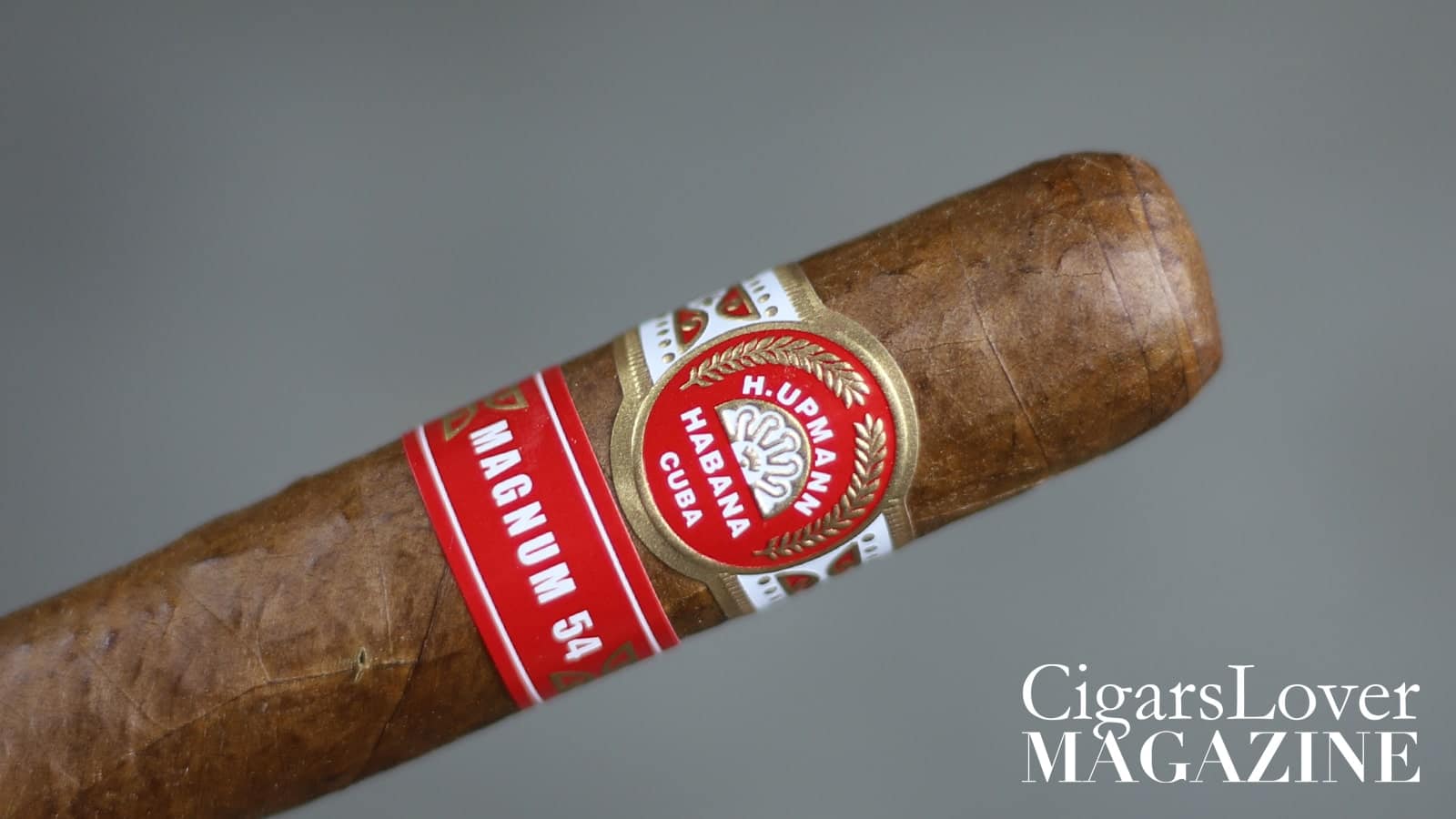 Aesthetically, the cigars are dressed in a Colorado shaded wrapper, that is oily and silky to the touch. Some gaps in the filling are noticeable. 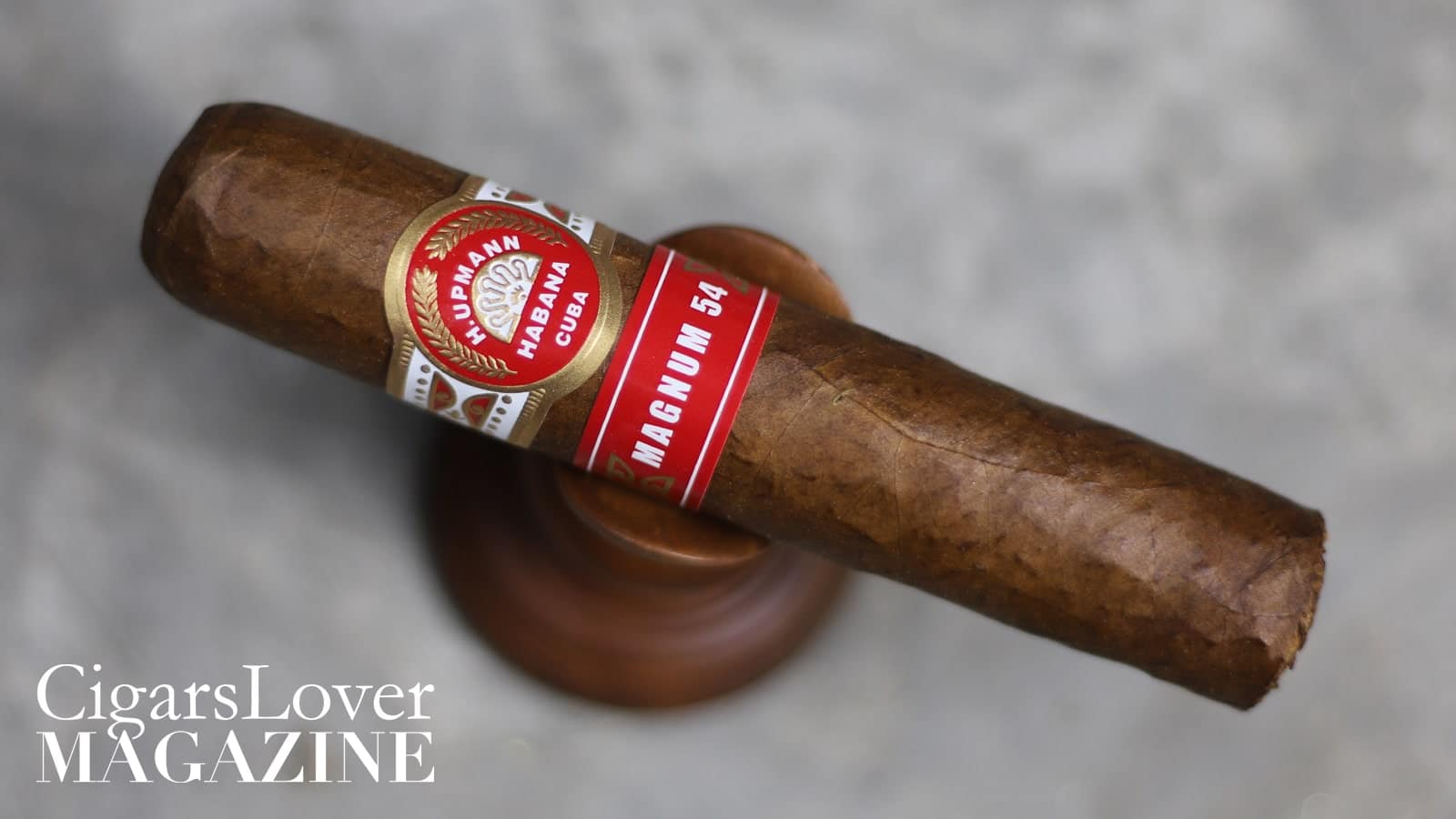 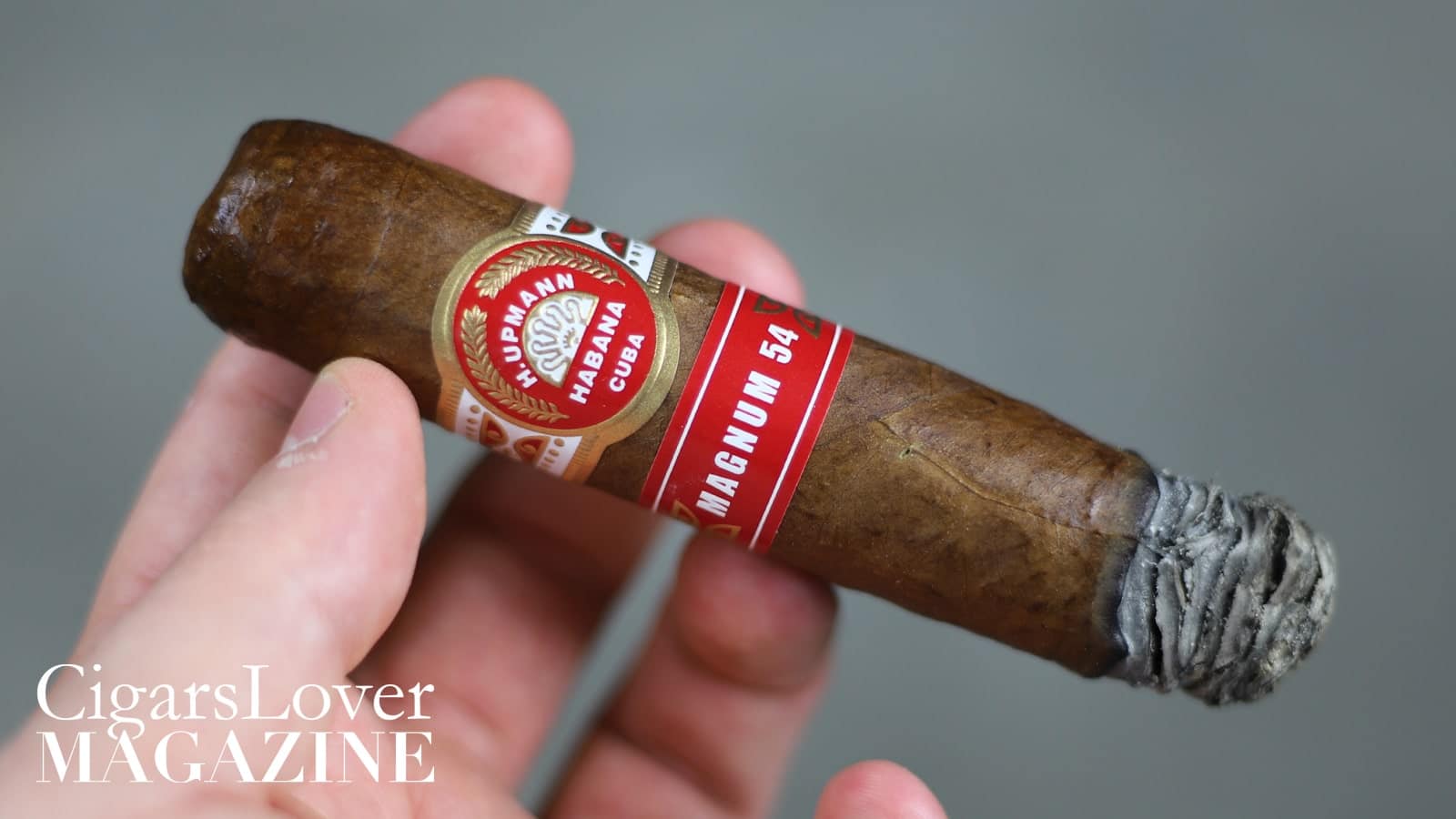 The first third continues on toasted notes and hazelnut. A spicy nuance is outlined (white pepper) and, in the background, a vegetable vein is perceptible. Nutmeg comes through at times. Strength is medium (3/5).

The nutty component, now walnut with nuances of almond, remains the main flavor. It is followed by a rich spiciness of green pepper, which remains in the background and accompanies every single puff. Strength grows slightly (3.5/5).

In the final third, the profil turns to notes of damp earth. The spiciness of green pepper remains well present in the background. Hints of hot spices emerge towards the end. The last puffs are a blast of cedar wood and damp earth. Strenght remains constant (3.5/5).

Overall, the H. Upmann Magnum 54 gives rise to an intense smoke and a varied and well-structured flavor profile. Said profile is faithful to the brand and the cigar is very satisfying. Without a doubt, one of the better Cuban releases in recent years.