Glenallachie is a distillery active since 1967, at a time of great growth for Scotch whisky, in the Speyside area. Initially, the property used the Glenallachie malt for various blends. So much that it took until the beginning of the 2000s to see an official bottling with the name of the distillery on the label. The property was owned by the Chivas Brothers for several years. Billy Walker, a former BenRiach man, along with some partners, decided to take over the distillery and make it independent. In 2017, after having organized the ideas and studied the warehouses, several bottlings were launched. Some were released as single casks bottlings, celebrating the new course at Glenallachie, and others as core ranges. This Glenallachie 25 Years is the oldest product of the core range. Among the more than 40,000 barrels available in the warehouses, Billy Walker and partners chose a selected few to a launch a limited release, about 6,000 bottles, with a higher than usual gradation . 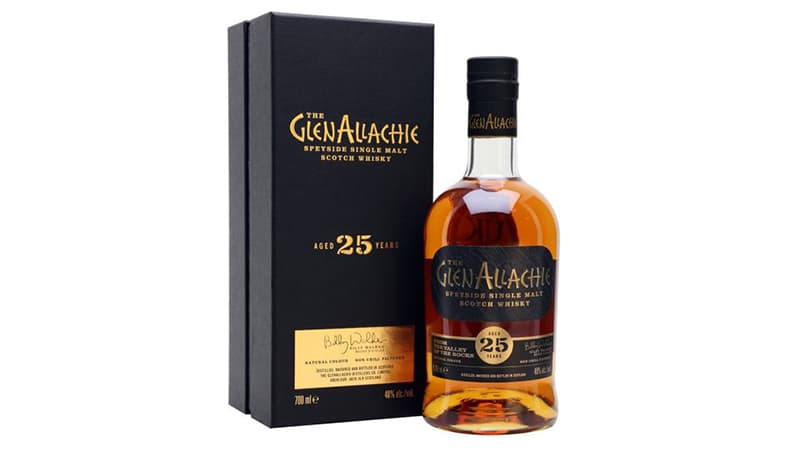 starts with spicy notes of ginger and black pepper followed by a discreet fruity sweetness, Williams pear and red apple. Mineral hints and notes of bitter cocoa are evident. It conclueds with notes of red fruits, black cherry and cherry, and dried fruits, dates and grapes.

This Glenallachie 25 Years proves to be a versatile product, as it can be easily enjoyed, but maintains a discrete complexity. The gradation is interesting, as is the balance between the parts. A discreet and appreciable whisky.