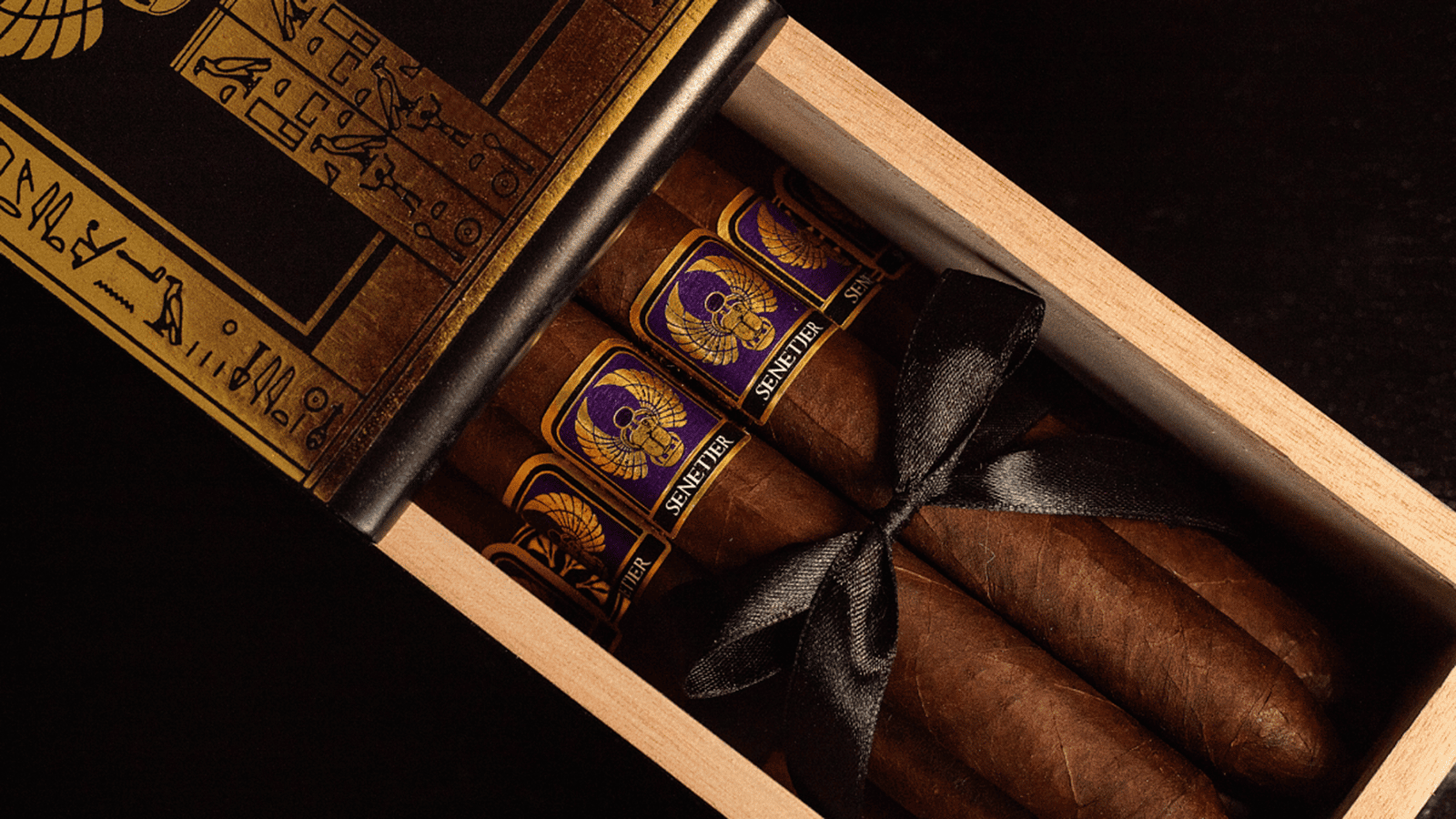 Foundation Cigars crafted this blend to commemorate the 100th anniversary of the discovery of the tomb of King Tutankhamun by the 5th Earl of Carnarvon of Highclere Castle and famed archaeologist Howard Carter.

The new special release  was aptly named Senetjer, the ancient Egyptian word for “incense,” translating directly as “of the gods.” The Senetjer presentation box is a replica of the storage boxes discovered within Tutankhamun’s tomb to bring his worldly treasures to the afterlife. The custom-designed scarab representing the Egyptian god, Khepri was the symbol of rebirth. This scarab incorporates the equivalent of a modern-day monogram representing the name Tutankhamun. 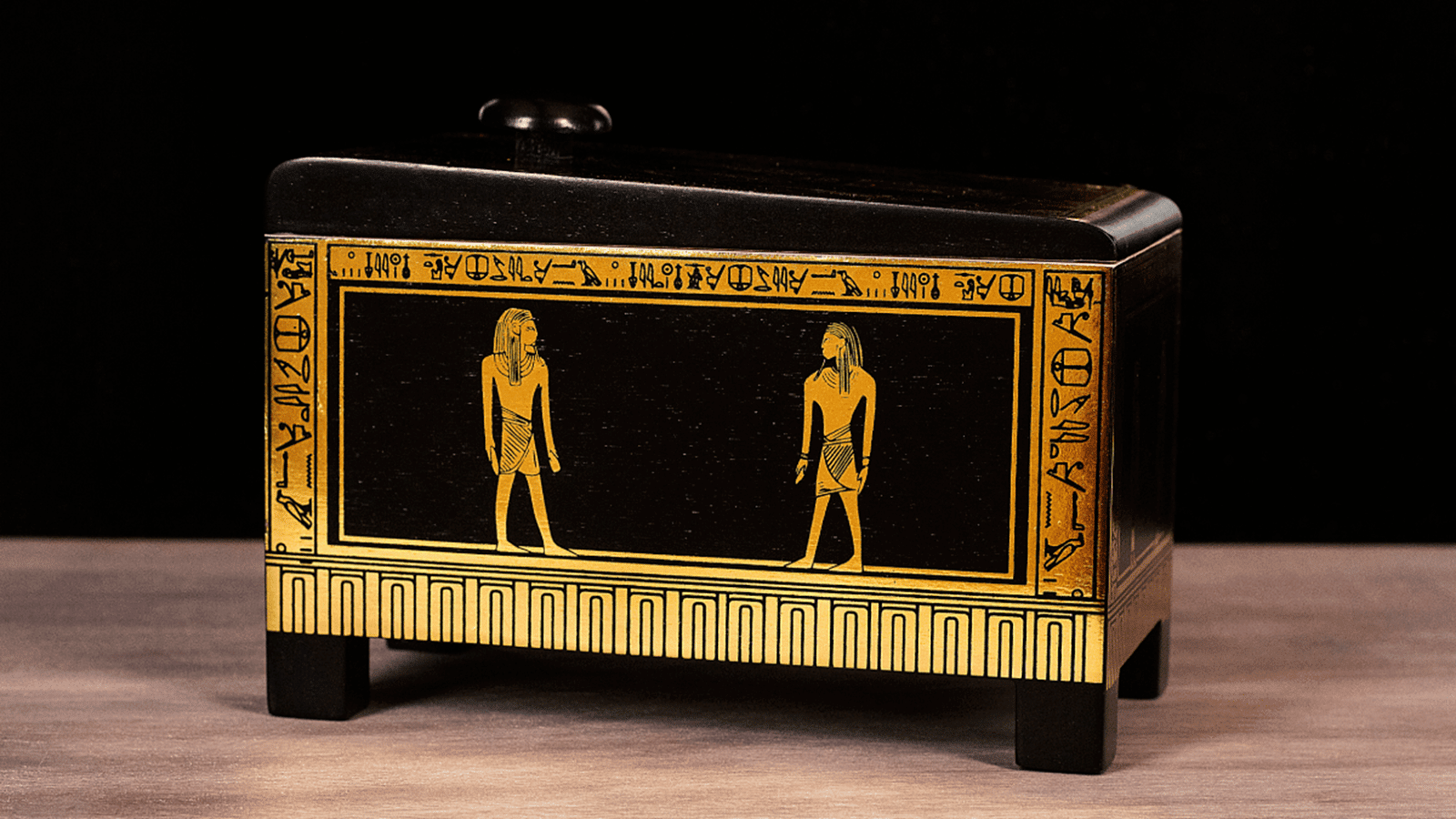 “This year, we celebrate the 100th anniversary of my Great Grandfather, the 5th Earl of Carnarvon’s extraordinary discovery of the Pharoah Tutankhamun’s tomb in November 1922. To celebrate the centenary of this amazing find, we have created the Senetjer blend, which is a homage to the cigars enjoyed by my family in the roaring twenties,” said George Herbert, 8th Earl of Carnarvon. 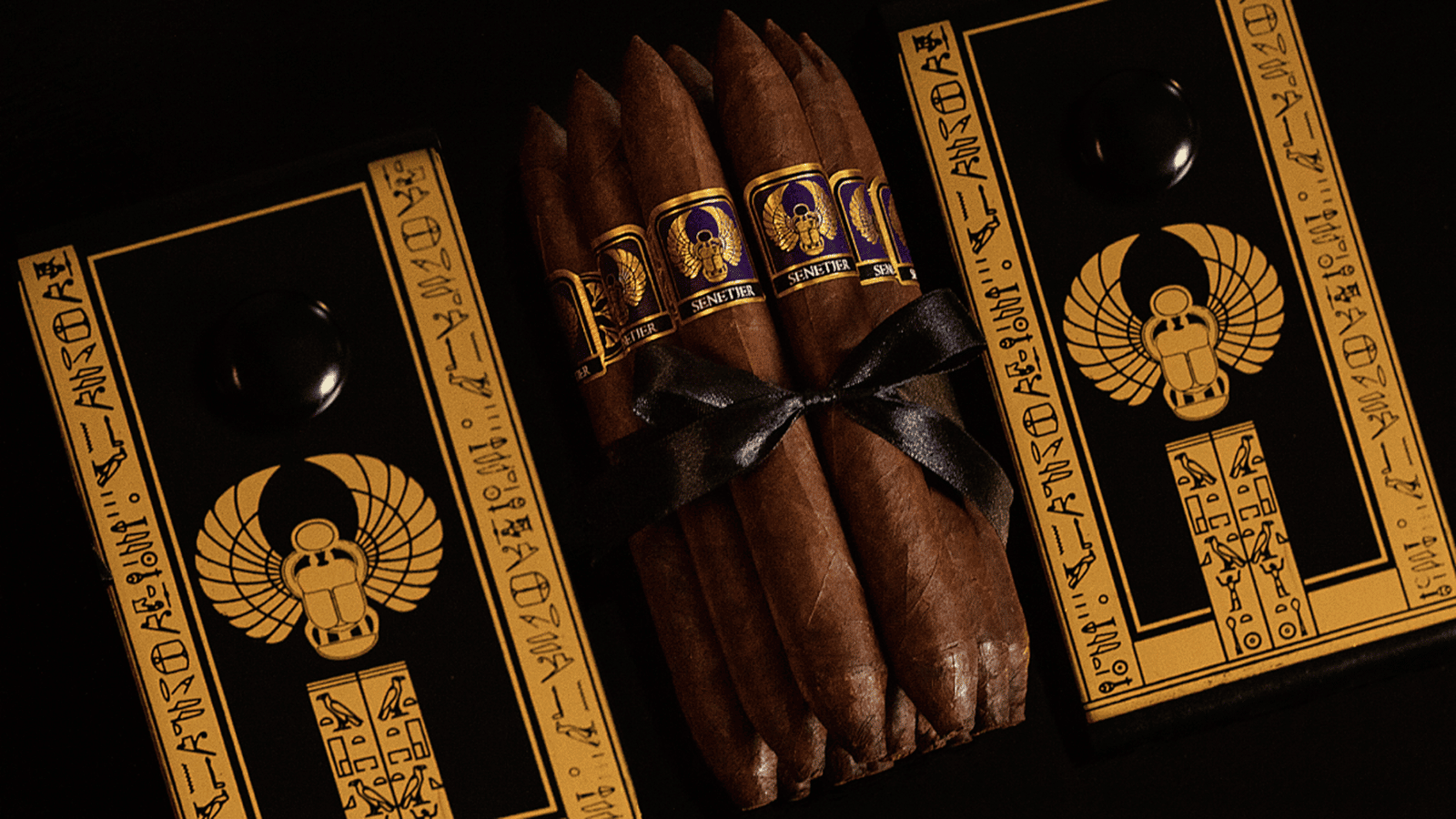 Nicholas Melillo of Foundation Cigar Company crafted the Senejter blend for Highclere Castle. This cigar measures 52 x 171mm (6 3/4″) and is a Perfecto shape, packaged in 12-count boxes. “When you open this box, you will see” wonderful things,” says Melillo. The cigar incorporates a 7th priming Habano Ecuador wrapper with a Brazilian Mata Fina binder. The filler tobaccos were specially selected and aged 3yrs from unique lots, especially for this blend.

The Senetjer will be shown at this year’s PCA trade show in Las Vegas and will be available to specially selected retailers throughout the country this Fall. The retail price per cigar is set at $33.