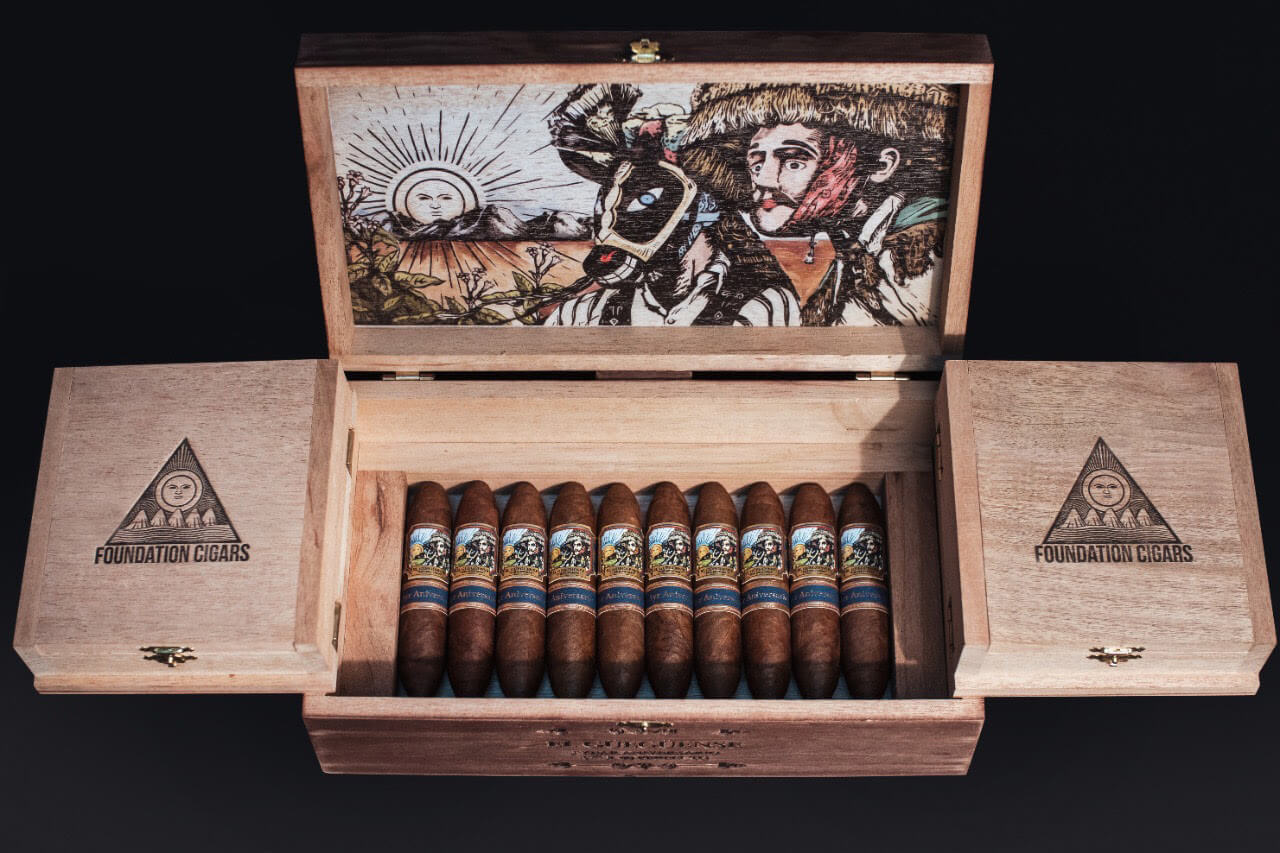 Foundation Cigar Company is proud to announce the limited edition El Güegüense – 5yr Aniversario Collector’s chest. In September of 2015, Nicholas Melillo released Foundation Cigar Company’s debut offering: El Güegüense or “The Wise Man.” A 100% Nicaraguan Puro that celebrates the nation’s land, people, and traditions, it takes its name from the cunning protagonist of the country’s annual Festival of San Sebastián.

“Moving to Estelí in 2003,” says Melillo, “made a profound impact on my life. For my debut release, I wanted to pay homage to Nicaragua’s unique culture and it’s rich and flavorful tobacco.”

To commemorate Foundation’s 5-year anniversary, Melillo has blended and designed a limited edition 4 ¾ by 60 Perfecto in a one-of-a-kind collector’s chest containing 20 cigars. “This box is one of the most unique I have seen in all of my years in the industry,” said Melillo. “Foundation’s art director, Thief Operandi, did an amazing job on the artwork. It perfectly complements this rich, elegant, and complex blend. This is a true collector’s piece.” The special blend features an elegant Corojo 99 wrapper, a blend of high-quality fillers from Jalapa and Estelí, and is held together by a specially selected binder from San Andres Mexico. This limited-edition chest will be available to select Foundation partners throughout the U.S. come late September. Box MSRP: $300.00. “We are proud to share this milestone with the many fine retailers and connoisseurs who have supported and believed in us these past five years. We look forward to many more exciting years together.” – Nicholas Melillo. 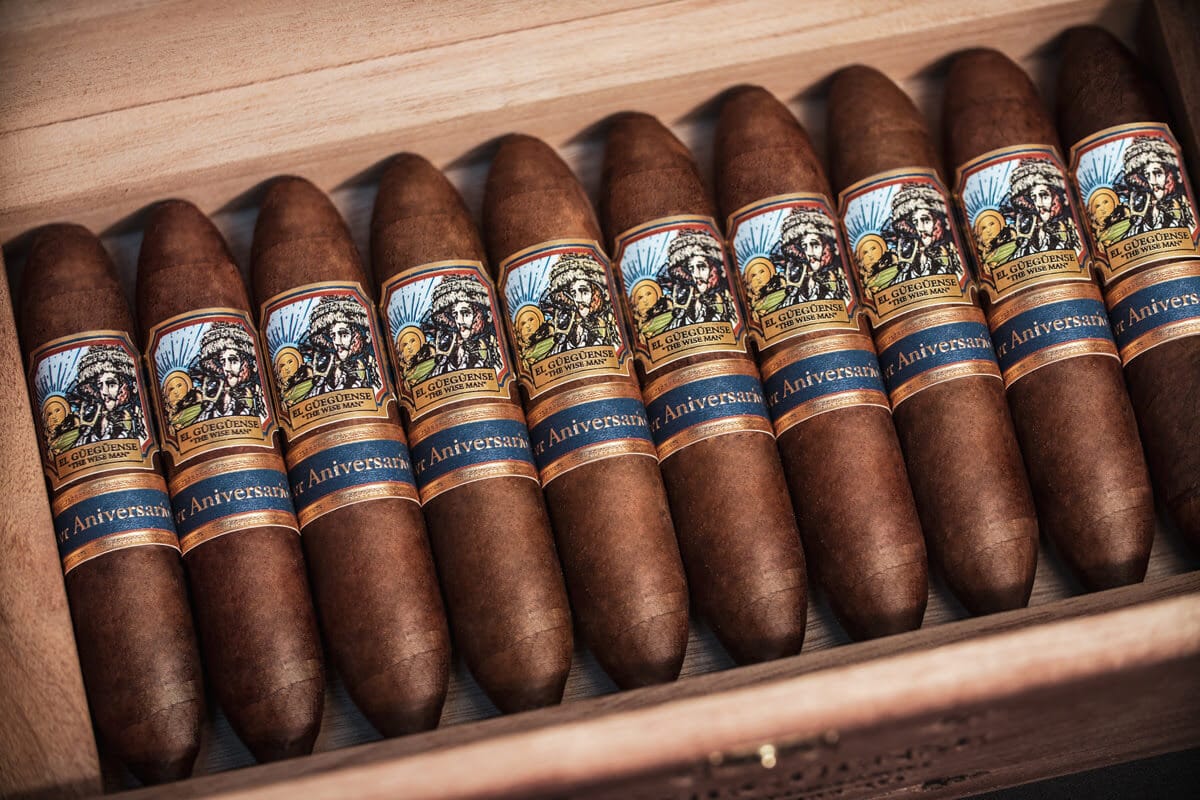