The Eiroa family has a long past in the world of tobacco. Everything started in 1916, when Generoso Eiroa left Spain to head for the Caribbeans. After having worked as captain on the Cuban Land and Leaf Tobacco Company ship, he obtained the Cuban citizenship in 1926. A hundred years have passed since then and four generations have followed to this day. The cigars are produced at the Aladino Cigar Factory in Danli, which up to 1975 was a theater and later converted in to the factory that today produces the Eiroa cigars. 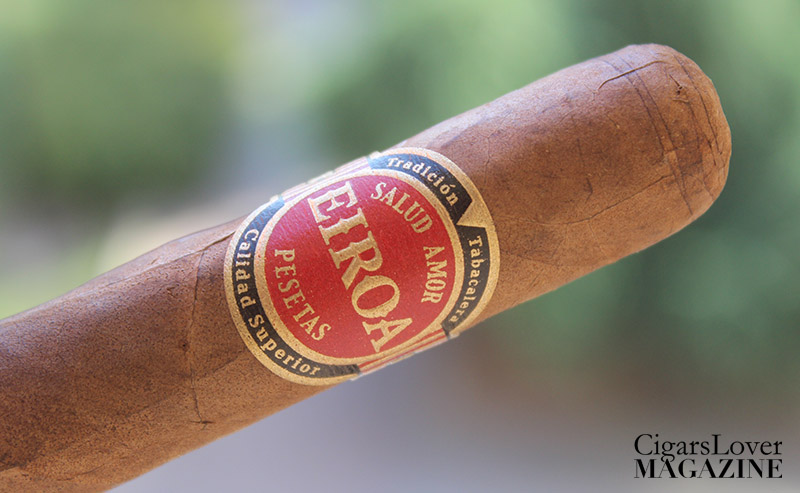 Aesthetically it presents itself well made, with a wrapper of a Colorado tonality, slightly rustic to the touch. Filling is homogeneous.

The first third reveals toasted notes of coffee, cedar and spices. The latter results particularly marked and with spicy hints. There are also hints of herbs present in the background. The smoke is creamy and the strength is slightly over the medium (3,5/5).

The aromatic palette sees the addition of earth in the second third, which become increasingly more marked and thus becoming the main flavor. Strength grows to a medium full (4/5).

In the final third, the spices alternate with the omnipresent toasted coffee note, that is supported by hints of balsamic herbs. Strength increases further (4,5/5) and closes out the cigar in a satisfying matter.

Overall, the Eiroa Robusto is a well balanced and creamy cigar, equipped with an excellent aromatic intensity, which is its strong point. This is paired with a very prolonged persistency.