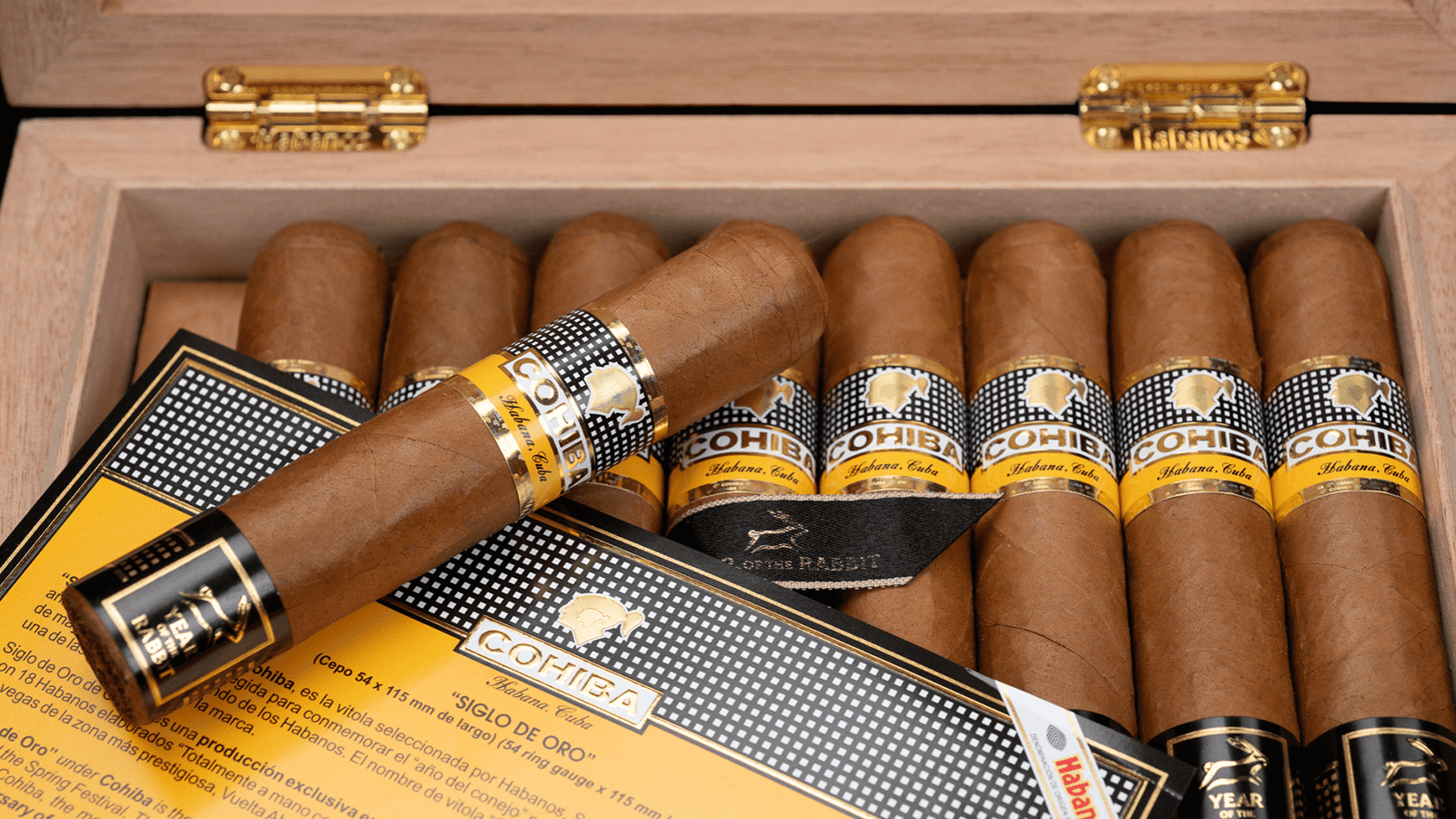 On the occasion of the commemoration of the arrival of the Year of the Rabbit, according to the Chinese lunar calendar, Habanos, S.A. unveiled its new Cohiba Siglo de Oro vitola (Exitosos: 54 x 115 mm – 4 1/2″), a novel product from the Cohiba brand, the most prestigious in the world of Habanos. Habanos not only wants to celebrate the arrival of the new year, but the selected vitola -Siglo de Oro– also honors the 30th anniversary of the Linea 1492, one of Cohiba’s most successful.

The presentation of the new Cohiba cigar took place in an exclusive event held simultaneously in several of the main Asian markets, organized by The Pacific Cigar Co, the Exclusive Distributor of Habanos, S.A. in Asia-Pacific, and Infifon HK, the Exclusive Distributor of Habanos, S.A for Mainland China. Events were hosted in Macao, Thailand, Malaysia, Cambodia, Japan, Singapore, and Hong Kong. The latter was held at the Grand Hyatt Hotel under the attentive gaze of 120 guests, including Ms. Denisse Llamos Infante, Cuba’s Consul in Guangdong, China.

The new product will be a limited-edition item, so only a lucky few will be able to enjoy this unique vitola. Cohiba Siglo de Oro is presented in a special box containing 18 cigars. However, its limited production and commemorating the 30th anniversary of Cohiba’s 1492 line are not the only aspects that will make this vitola unique. Cohiba Siglo de Oro will be the first Habanos, S.A. vitola to incorporate an NFC chip into its cases that aficionados can scan to verify the product’s authenticity and learn more details about it.

“At present, China is the most important market in value for our business, and Cohiba is the most recognized Habanos brand worldwide. That is why we wanted to take advantage of this occasion to present such a special vitola as Cohiba Siglo de Oro and to showcase the implementation of NFC technology to make the experience for aficionados even more complete,” Habanos, S.A. explained.