During the gala dinner on the last evening of the Habano Festival, as usual, the humidor auction takes place. The proceeds of which are destined for the Cuban health care. This year, however, caused particular sensation due to the price of the Cohiba branded humidor: almost 2 and a half million euros. 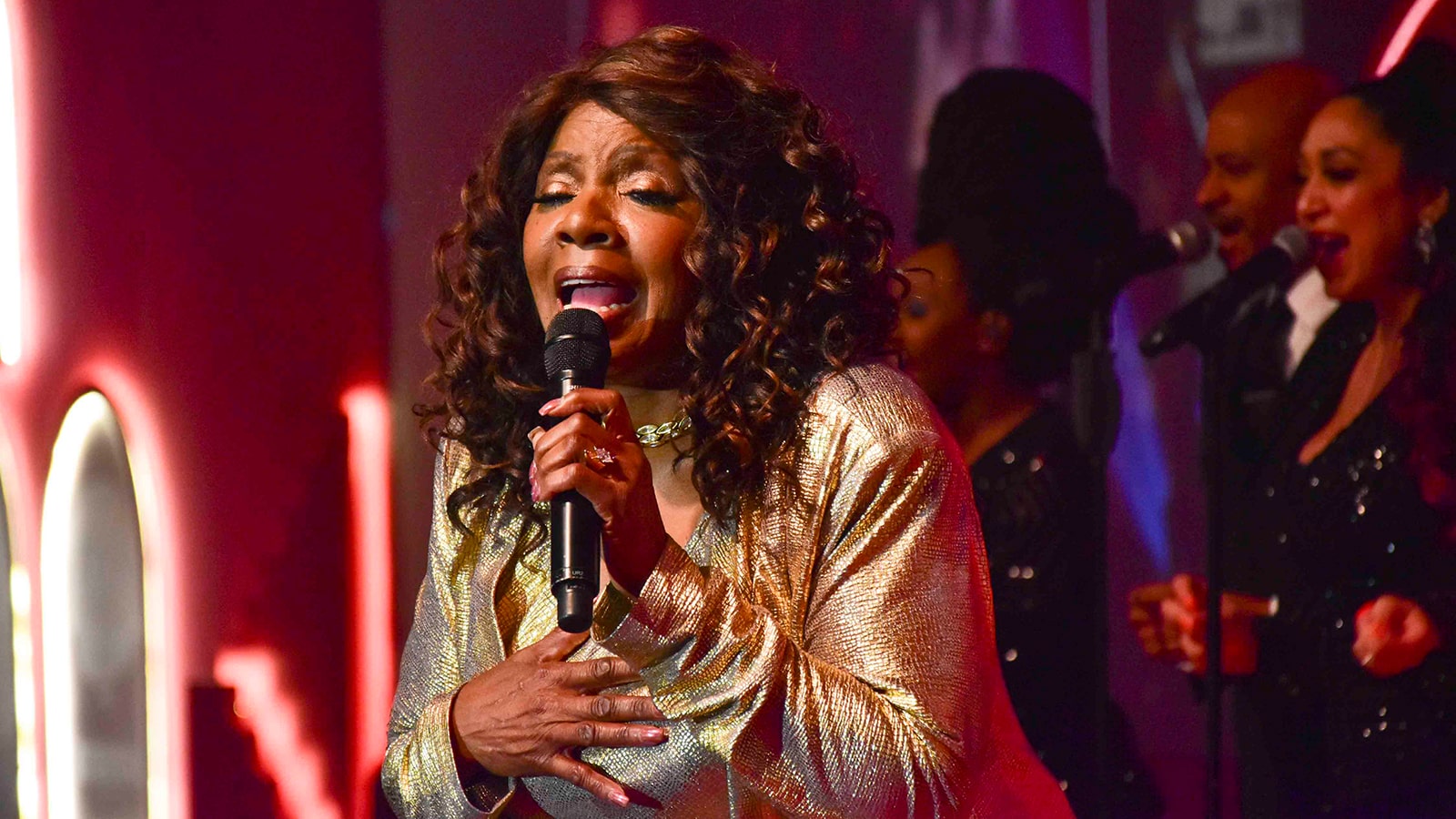 The humidors presented at the XXII Festival paid homage to five brands: Cohiba, Montecristo, Partagas, Romeo y Julieta and H. Upmann. To these was added the Ramon Allones humidor of the 225th anniversary of Hunters & Frankau, owned by Simon Chase (who passed away last year), donated by the family of the British aficionado.
However, it should be pointed out that it would be more correct to define them as air-conditioned cabinets rather than humidors, given both the capacity and the dimensions.

Let’s start with H. Upmann. Referring to the history of the brand’s foundation, linked to the German brothers and bankers Upmann. The piece at the auction recalled, without too much effort of imagination, a safe, with cigars (355 cigars, divided into 16 different vitolas) crammed into drawers, in all respects similar to the vaults of a vault. Inside was also the bottle n. 22 (out of 1,850) of the Ron Legendario 500 Aniversario La Habana. This humidor was the one sold at the lowest price.
Auction price: 360,000 Euros

For the Romeo y Julieta brand, which in 2020 celebrates its 145th anniversary, a solution was presented halfway between a humidor and a piece of fine antiques. Habanos presented it as a hybrid between the literary world of the novel of the two lovers of Verona (with reference to the balcony, the red cloth, the flowers) and the workbench of a torcedor. It is mainly made of mahogany, but there was also cedar, okume, silver and steel. The cigars, 380 in total, divided into 13 different sizes, are crammed into drawers. The lot was also enriched by one of the 999 bottles of Bodega Torres’ Reserva del Mamut brandy.
Auction price: 400,000 Euros

For Partagas (which also celebrated his 175 year anniversary), the humidor was inspired by the chaveta, the tool used by torcedors to shape tobacco leaves. Four metal chavetas support the central body, which also recalls a chaveta, made of mahogany, okume and cedar woods. Inside various drawers there are 15 different sizes, for a total of 390 cigars.
Auction price: 400,000 Euros

Even the Montecristo humidor (which celebrated its 85 years) recalled its history, that is linked to the Dumas novel. A huge open book made with mahogany, cedar and okume woods. The 450 cigars (15 sizes) were placed in drawers, but Habanos revealed that there is a compartment capable of holding other cigars. In short, faithful to the rule “better to buy a larger humidor than what you currently need” …
Auction price: 420,000 Euros 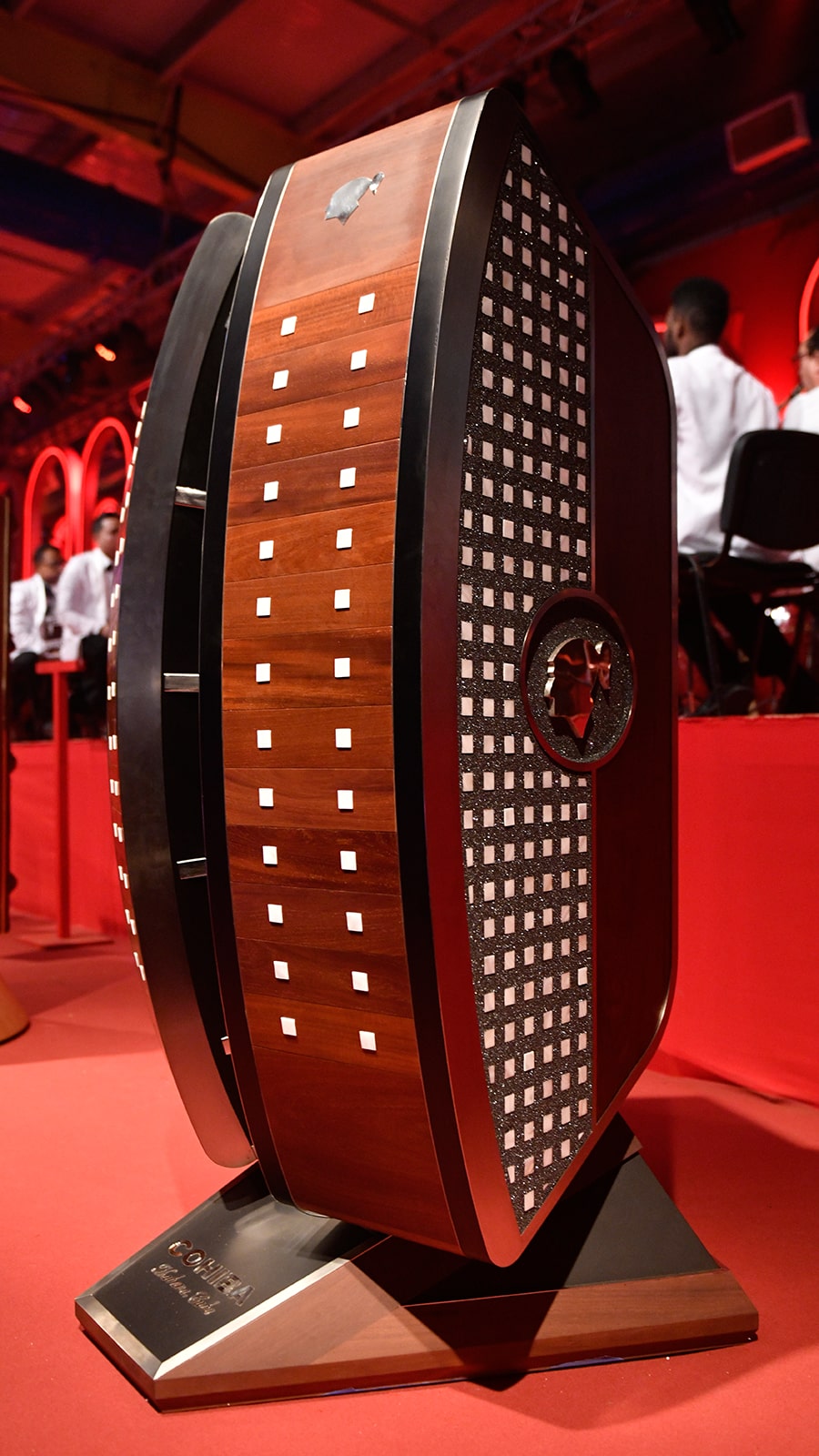 The highlight, as we said, was the Cohiba humidor, also inspired, according to the presentation of Habanos, by two chavetas. In fact, from a single base, two chaveta-shaped sections rise up, each with 13 drawers, inside which there are 550 cigars of 23 different sizes. The materials used are different: from cedar, mahogany and okume, to titanium, silver and steel, with mother-of-pearl finishes. The lot also included the bottle no. 20/500 of the Ron Havana Club 1519, created in honor of the 500th anniversary of Havana, celebrated in 2019.
Auction price: 2,400,000 Euros

The total of the auction, also considering the piece sold by the Chase family (for 380,000), brought 4 million 360 thousand Euros to the Cuban health care.