The last article of 2019 is to thank you all, our dear readers. CigarsLover Magazine closes its seventh year and the entire CigarsLover team wishes you a peaceful start to 2020, with the hope that the New Year will bring many satisfactions, serenity and happiness.

In 2019, CigarsLover Magazine tested over 1,300 cigars from all over the world. The tastings were reported on the pages of CigarsLover.com and directly on CigarsLover Magazine, within the blind tastings. All this led to the creation of the final list, that of the best cigars of the year, published in the 2019 Awards, where the best cigars were divided into 5 sections (the quartet of the major producers, namely Cuba, Nicaragua, Dominican Rep. And Honduras, and the rest of the world). The cigars belonging to the tastings are mostly in the premium range, i.e. the evaluations that follow consider almost exclusively long filler products.

The largest number of cigars tested were produced in Nicaragua. This is due to the large number of releases that see Nicaragua the undisputed protagonist, despite the crisis that has created numerous problems and that has led to the cancelling of the last edition of Purosabor (the cigar festival which is held annually in Nicaragua). The tested products partly follow the new releases introduced on the market, to which more and more attention is given. 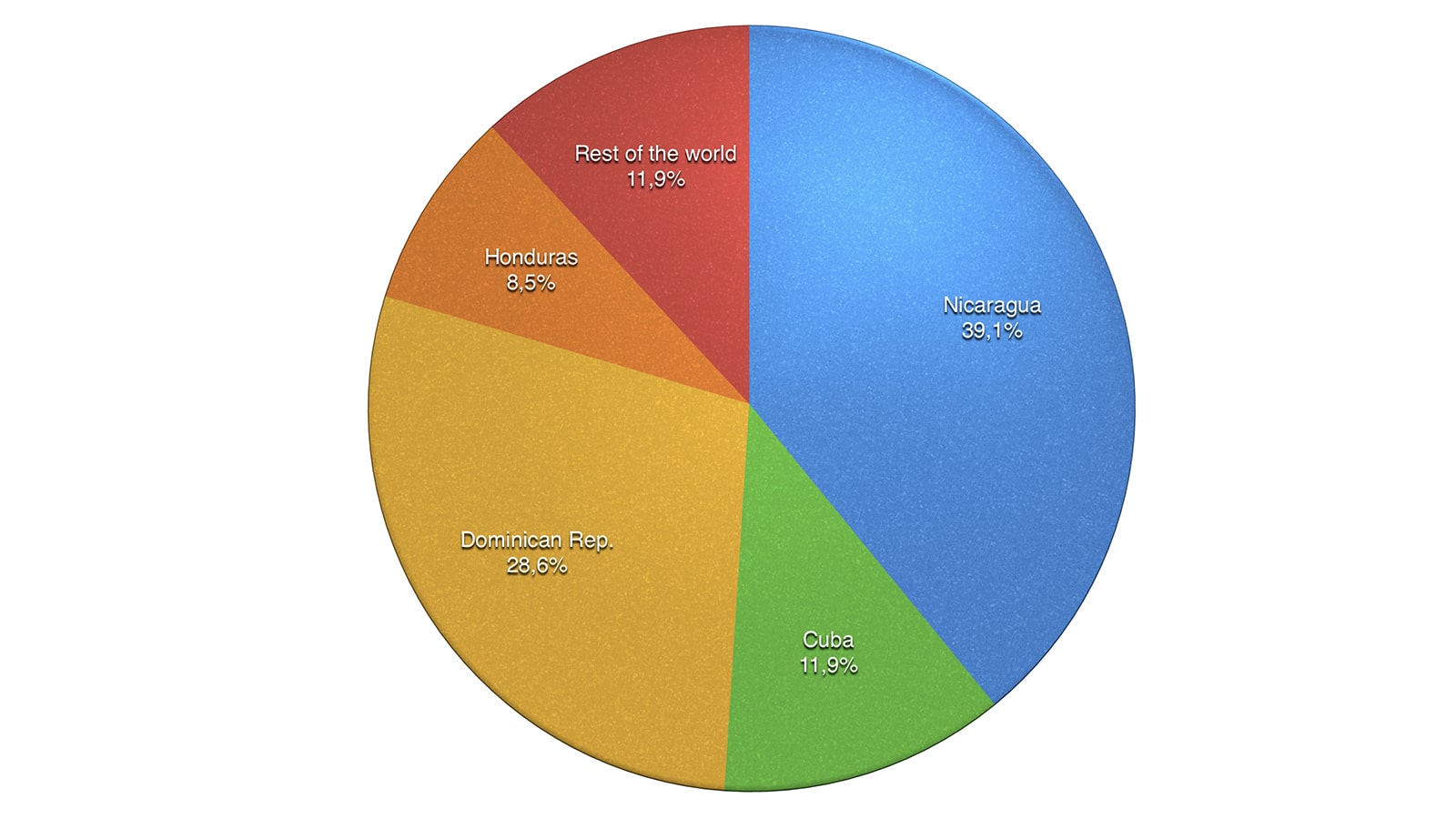 Dividing the ratings by production country, the real revelation of 2019 is the Honduran terroir, which has an average of almost 89 percentage points. Nicaragua, which has always held the top position since 2016, is confirmed by increasing the average (from 88.7 to 88.8). The Dominican Republic follows, also with an increase in the average (from 88.31 to 89.18). Cuba is also growing, from 88.15 to 88.31. On the other hand, the rest of the world category remains almost constant (87.63). 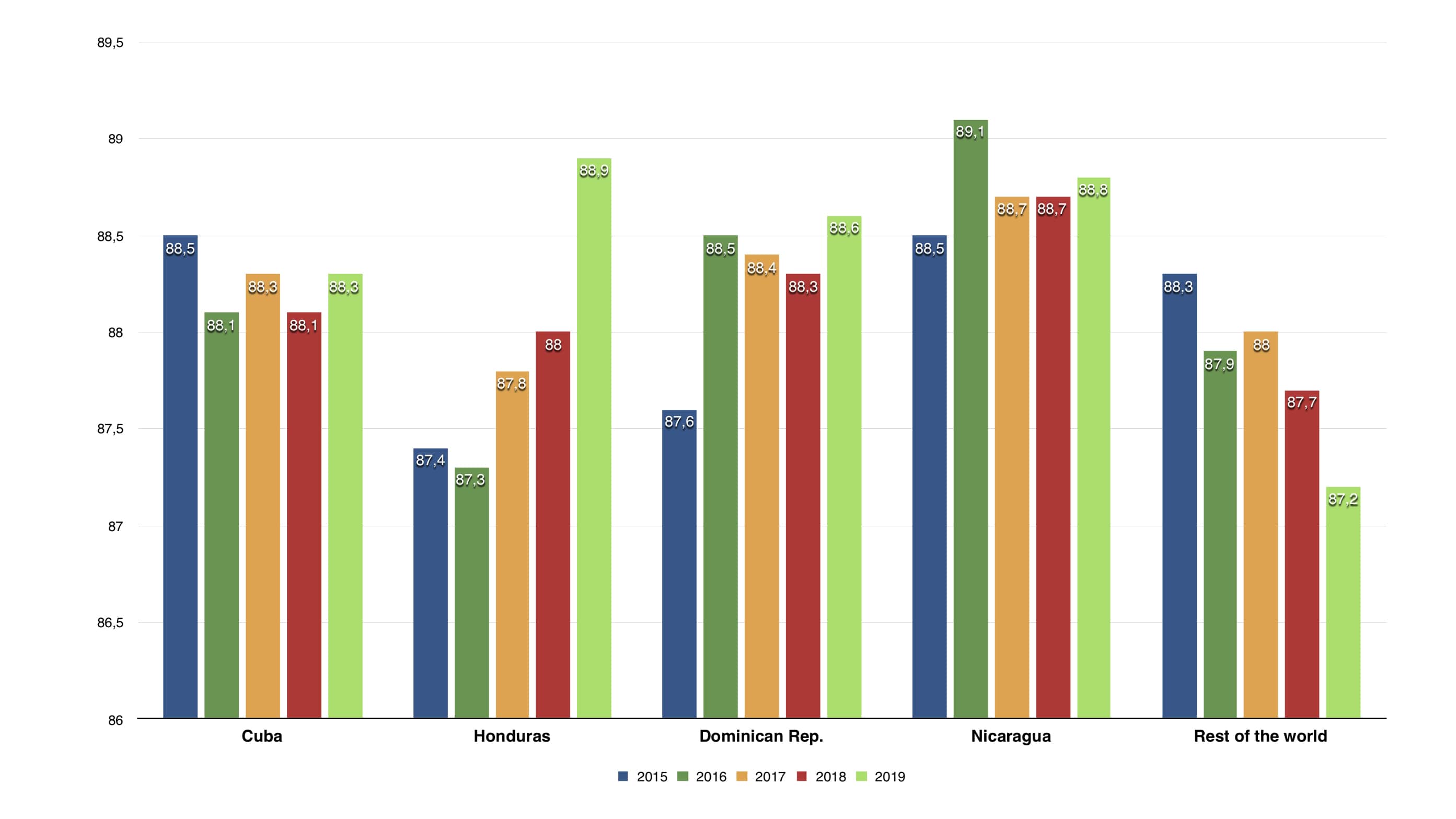 2019 confirmed what was achieved in 2018 on the spirits sector. The second edition of the whisky awards took place, which from this year has also been published on CigarsLover.com and not only on CigarsLover Magazine. Compared to 2018, the averages of the ratings see a numerical confirmation in regards Scotland, an important increase for the “made in the USA” and a less significant, but still present, for the Japanese. 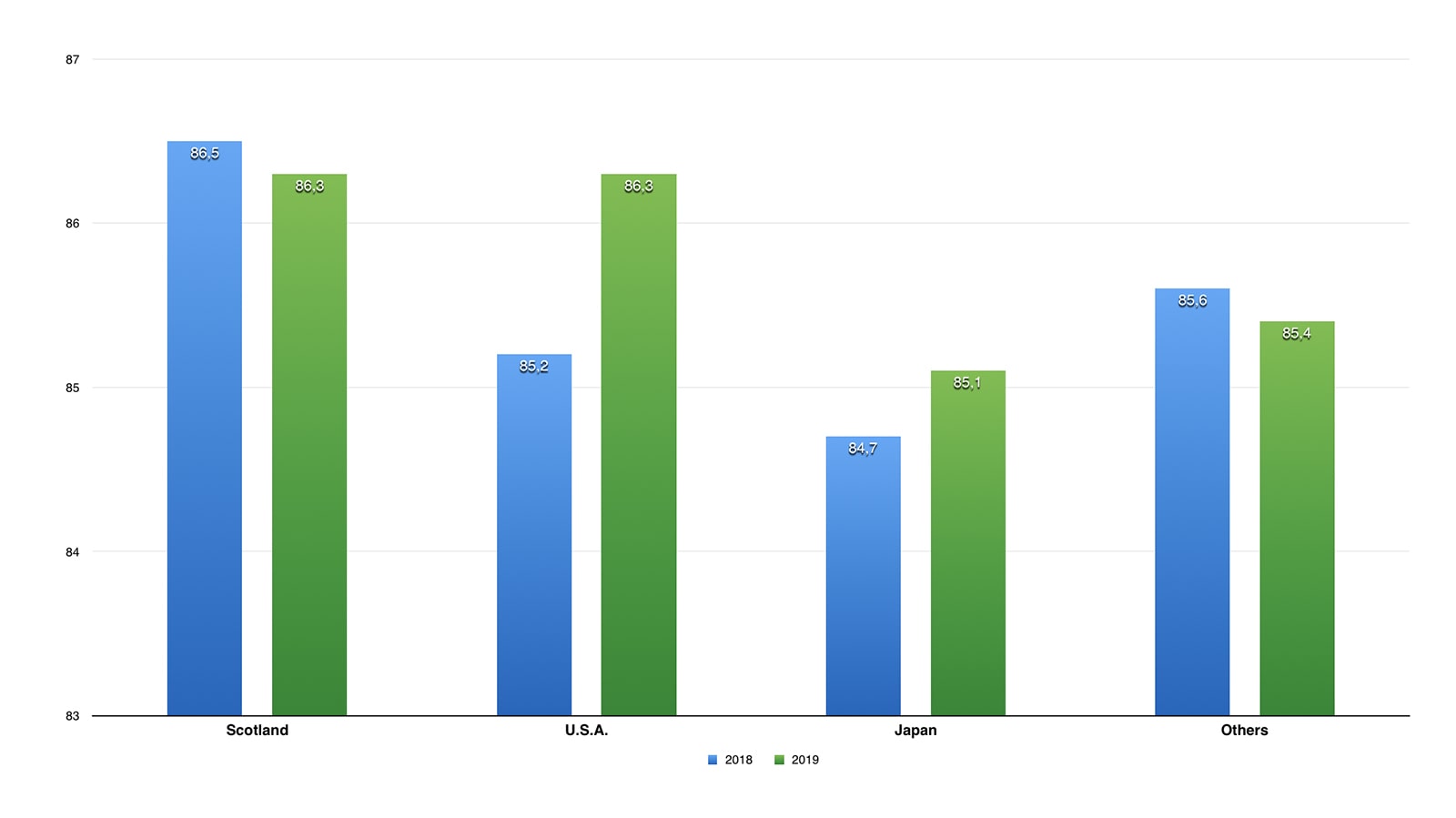