During 2016 our team tested 350 cigars, the large part being from more renowned terroir, but without forgetting the countries that have a smaller output that are often times overshadowed by the quartet of Cuba, Nicaragua, Honduras and the Dominican Republic. The cigars that were taken into consideration fall mostly into the premium segment or rather, the evaluation that follows takes almost exclusively long filler products into consideration.

Subdividing the ratings by country of production, Nicaragua is at the top, with an average of 89.1 being the only country to surpass the 89 point wall. It is followed by the Dominican Republic, terroir that registered an average increase of 0.9 points compared to 2015. The newly launched products and lines have demonstrated the largest cigar producing country worldwide is in a positive trend. At the third spot we find Cuba, with an average decreased compared to 2015 (88.1 in 2016 versus 88.5 in 205); this is due to both the new releases, less performing then those of last year, and the 2016 regular production of 2016, which wasn’t always up to expectations. Honduras doesn’t present any noteworthy changes in the overall average, while the cigars we tried from “the rest of the World” have registered – 0.4% in the overall average. 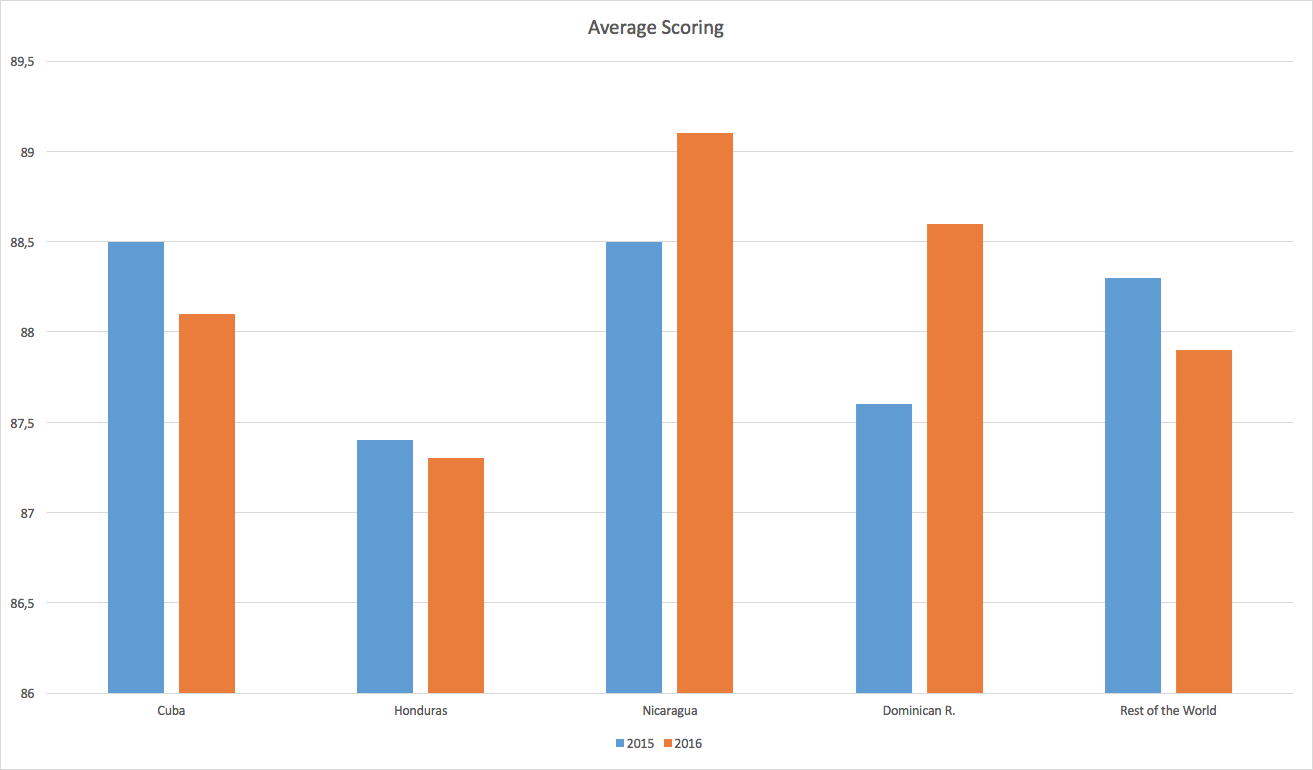