There are 3 types of accessories that allow us to cut the cigar:

It is perhaps the most widespread type. Among the most common models, such as those shown in the photo, there are metal and plastic guillotines. The metal ones are generally more precise, because the blades have less give between them. There are also guillotines that have only one moving blade, meaning that they have only one blade that moves under the action of our fingers. Personally, I consider them the least accurate, and I do not recommend them.

Pros: can be used for all cigar size and ease of use. The cost of the guillotines varies a lot, there are cheap Guillotines on the market that work well, even if the cut they make is less precise than ones in metal.

Cons: the ring gauge it can cut is limited by how big the opening, in which the cigar is placed in, is. Usually they cut up to a 54/55 ring gauge without problems.

A particular type of guillotine is that produced by Xikar. The cutter in the photo below is a sort of guillotine which, however, works in a slightly different way: the force is not generated by the fingers, but with the whole hand. The price of this cutter is much higher than traditional guillotines. There are also other brands that produce similar cutter, but this brand produces perhaps the most established cutter of this type. 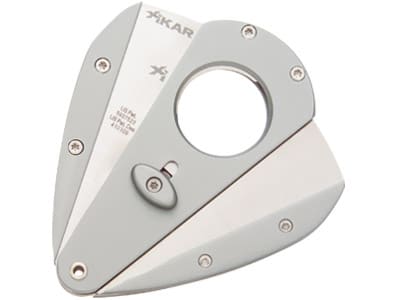 Pros: they cut any type of shape and allow an excellent view of the cut.

Cons: initially, they can be quite tricky to use.

There are also triple-blade scissors. They are a hybrid between the guillotine and the scissors, as the cigar is placed inside an opening and the device is operated in the same way as the scissors. The cut is executed by the simultaneous movement of the three blades.

Pros: the punch generates a smaller cut for the smoke to get through, and therefore it can control the draw of a cigar better. There are also puncher that allow you to make holes of different sizes (the device is made up of several punchers), and therefore allows you to choose the size of the cut according to your taste.

Another advantage is that the cigar is not cut but pierced, so there are no tobacco residues, that remain on the tongue putting the cigar in your mouth for the first couple of times.

Cons: they cannot be used for Figurado cigars (those that have a conical head, or pyramid head if you prefer).

A special puncher, that allows you to choose the diameter of the hole that you want (photo below). 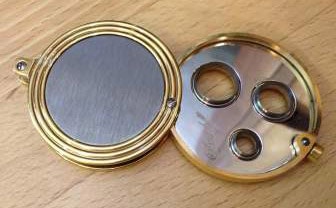