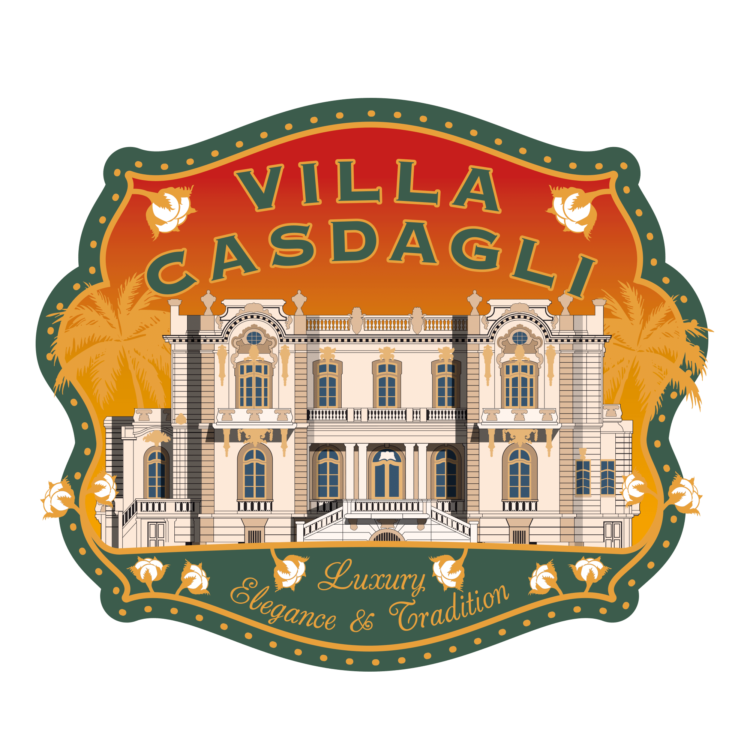 After a year-long planning process, Casdagli Cigars adds to its lineup their Villa Casdagli. The Villa Casdagli will be launched partnering with Tabaccos de Costa Rica SA. The new cigar is based on the brand Daughters of the Wind Robusto blend. The cigar’s blend consists of Peruvian,  Dominican, Nicaraguan, and Ecuadorian tobacco. Most of the tobaccos used have gone through a second fermentation process at the factory, which Casdagli calls the “Mejorado” or “improvement” process. Master Blender, Don Olman Guzman, selects the tobaccos that will receive this special treatment.

The new line will have four vitolas: Toro, Pigasus (figurado), Corona Gorda, and a Robusto. The Pigasus holds a special place in Casdagli Cigars’ history. It pays homage to its original “flying pig”, which was one of the first cigars to be created for Bespoke Cigars (Casdagli Cigars’ predecessor) in Cuba during the 1990s. Casdagli Cigars’ cooperation with the Tabaccos de Costa Rica SA was in part for a search for a producer outside of Cuba that could produce a “flying pig” style cigar, and access to some of Jeremy Casdagli’s favorite Peruvian tobacco. Having both of those attributes, it was a natural choice for Tabaccos de Cost Rica SA to produce the Casdagli Cigars’ new line.

The new cigar line will be making its debut at this year’s Tobacco Plus Expo, happening June 12-14th, 2021, in Las Vegas, USA. Casdagli’s US Distributor, The Bespoke Company, will be making the official presentation. Alongside the Villa Casdagli Line, The Bespoke Company will also be presenting a new range of luxury accessories that will accompany the new cigar line.

The Villa Casdagli Line will be available as a regular production cigar to Casdagli Cigars’ distributors worldwide, starting in June 2021.