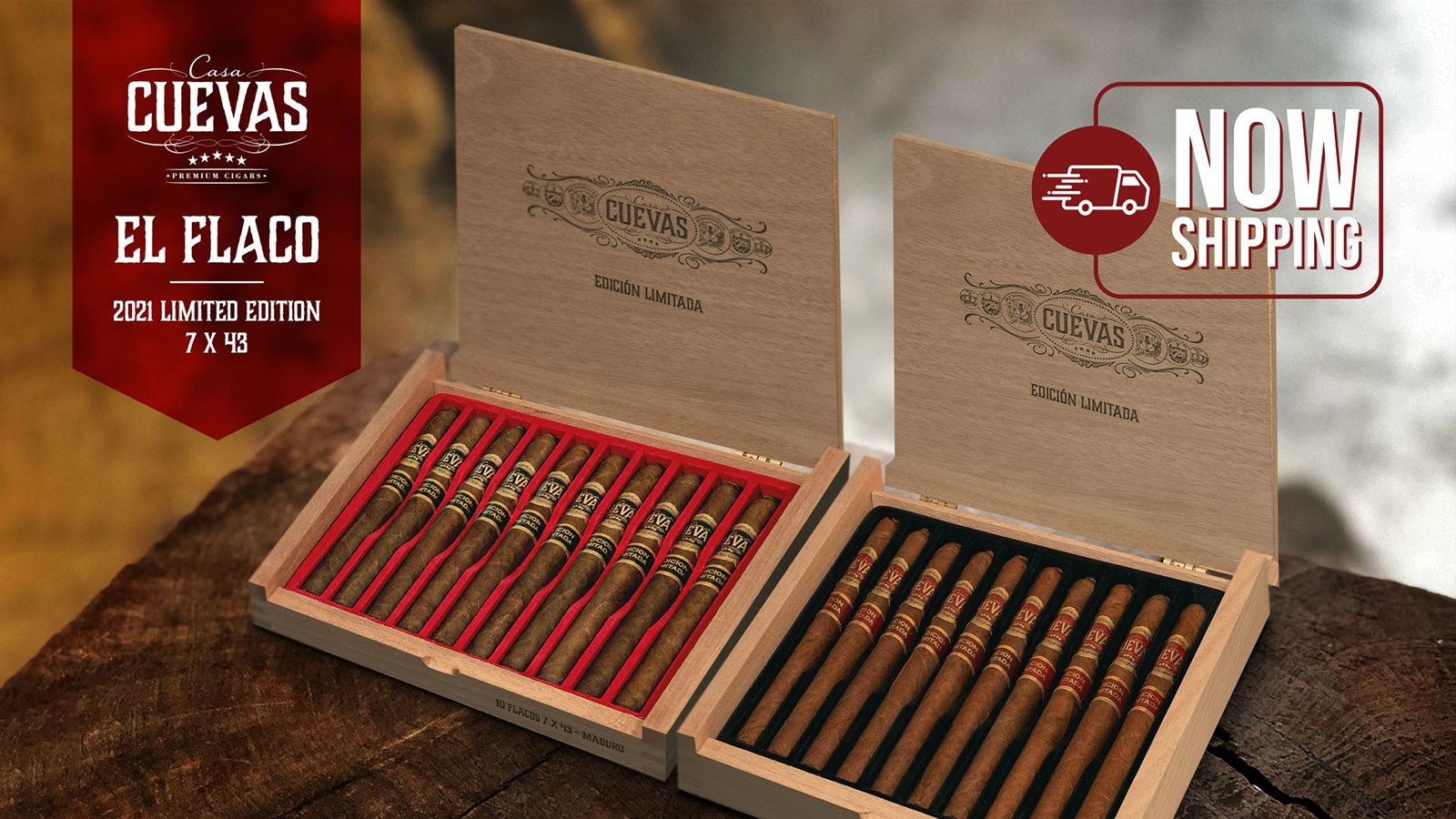 Casa Cuevas Cigars announced in a press release that their Limited Edition Flaco Habano and Maduro are on their way to retailers.

The two Flacos, which translates to skinny from Spanish, come in the same 43 x 178mm (7″). The Habano is wrapped in an Ecuadorian Habano, and the Maduro comes in a Mexican San Andres leaf. Binder and filler are the same for both versions, meaning a Nicaraguan binder and filler tobaccos from Colombia, Dominican Republic, Nicaragua, and USA Pennsylvania.

Both cigars are made at the Cuevas own Las Lavas Cigar Factory in Santiago, Dominican Republic, and are limited to 750 individually numbered 10-ct boxes each. The suggested retail price is set at $13.50 before any taxes.