Size and blend remain unchanged from the previous year. The blend of the 50 x 152 mm Toro is composed of a Honduran Candela wrapper and a Nicaraguan wrapper grown in Jalapa. The binder is a Ecuador Sumatra, over fillers from Panama and Honduras. The overlaying wrapper leafs create the classic barber pole effect. 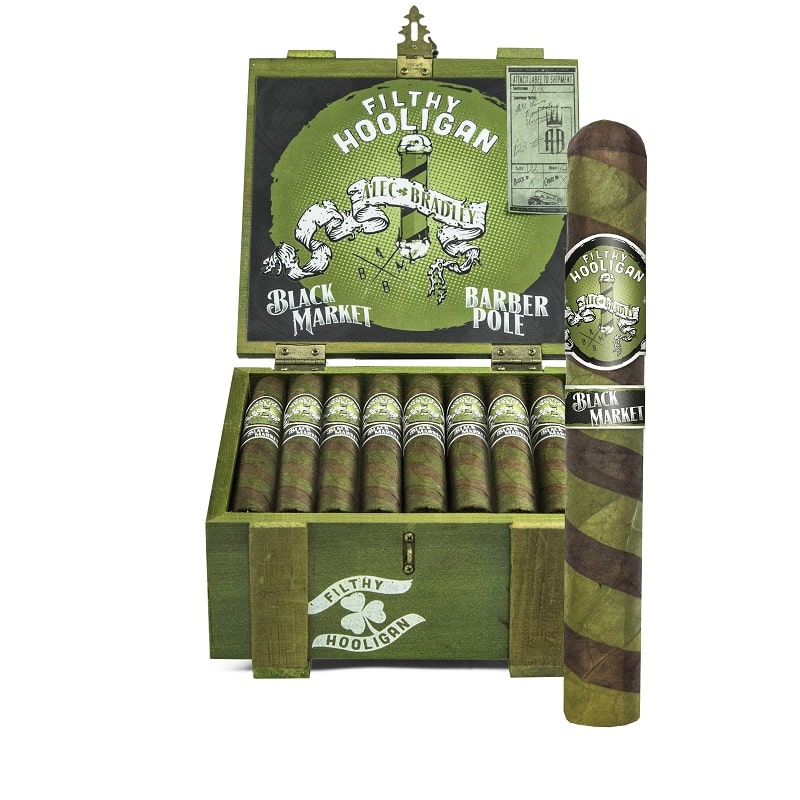 Filthy Hooligan is produced in limited quantities, 2,000 boxes, by Plasencia, at their Tabacos de Oriente SA factory, in Honduras. The new product will be available in a green box with black diagonal stripes, each containing 22 cigars. Price is set at $9.50 per single cigar.

The barber pole is also present on the Shamrock, but in this case it is made up of three different tobaccos. A Candela,  a Habano Maduro and a Habano Seco, all from Honduras. Further information on the blend has not been disclosed at the moment.

The packaging is different from the Black Market Filthy Hooligan, the Shamrock box is gray, with a huge green clover on the lid of the box. 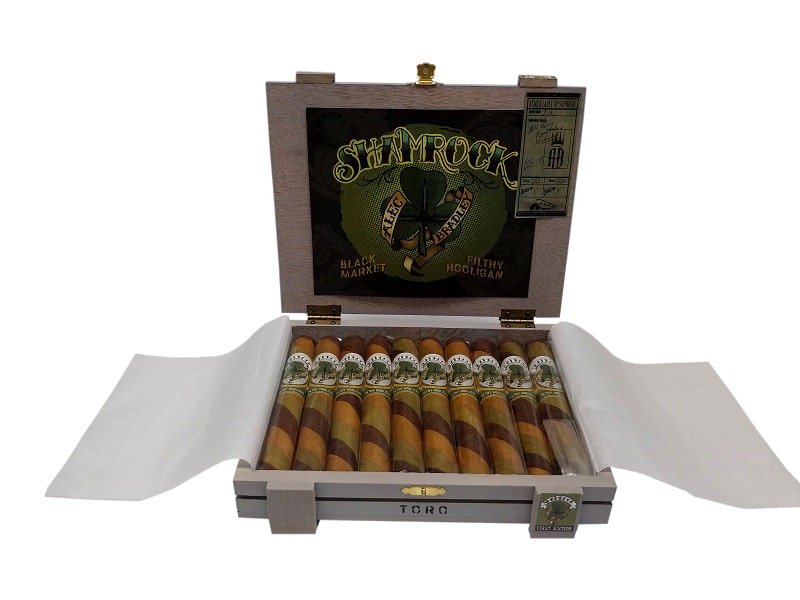 Black Market Filthy Hooligan Shamrock will be available in limited quantities of 500 boxes, each containing 10 cigars. Price of the single cigar is set at $11.95.