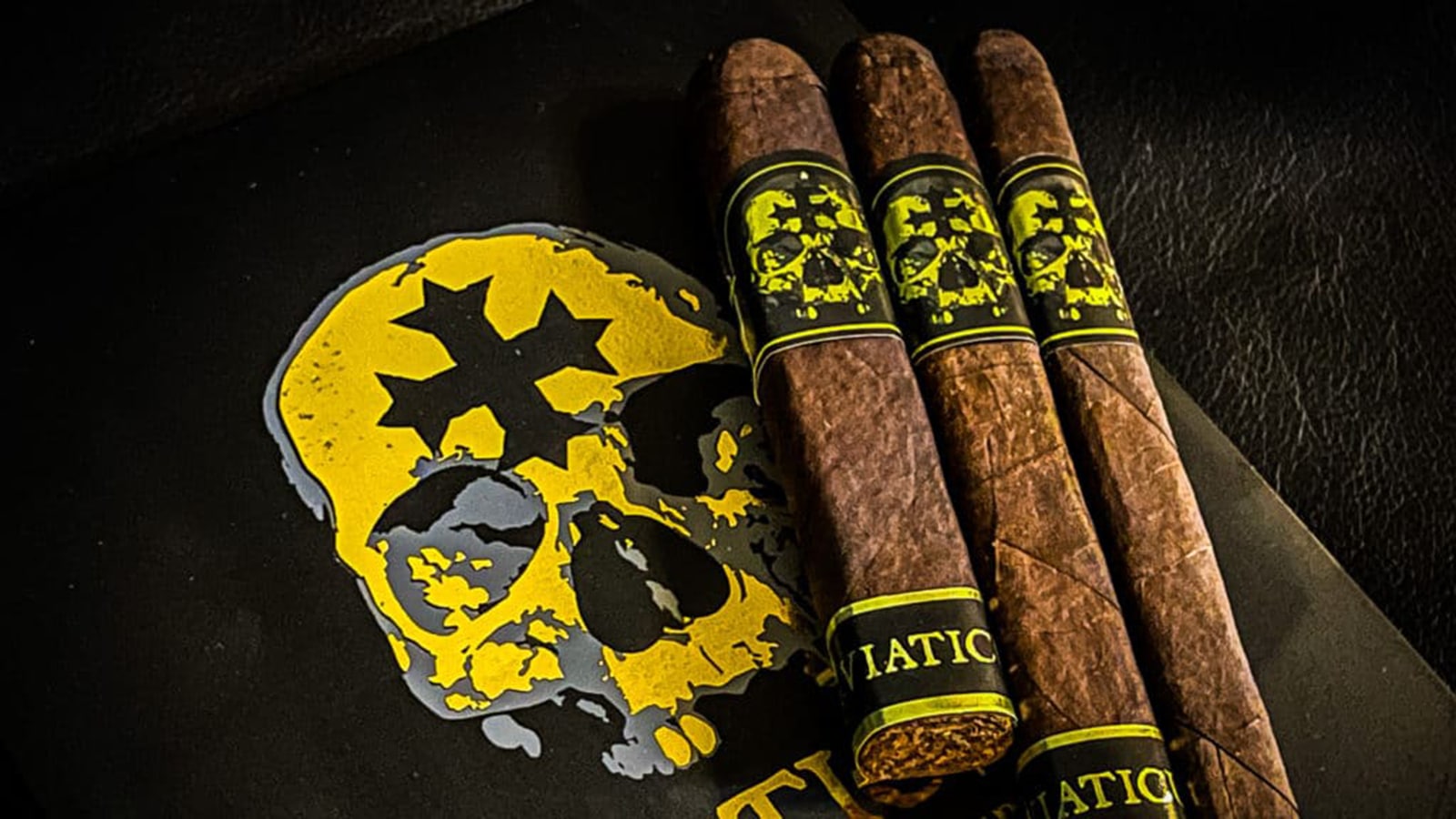 Black Label Trading Company (BLTC) is releasing VIATICUM. Originally released in one vitola in 2019 to retailers who attended the PCA tradeshow. This is the second and full release, made available to all BLTC retailers. James Brown, the creator of BLTC and partner at Fabrica Oveja Negra, said in the press release: “Viaticum is an evolution of the Last Rites blend and a testament to what Black Label Trading Co is all about. It uses most of the same tobaccos but in different proportions and primings. It’s the perfect balance between strength and complexity.  This cigar is bold but also very refined. It’s all about balance.”

VIATICUM is a small batch release, now offered in three vitolas.  The cigar uses an Ecuadorian Maduro wrapper, the binder is a Honduran Habano, and the fillers are a Nicaraguan and Honduran blend. All three sizes will be box-pressed and come in 20-count boxes. The three sizes are; Robusto 54 by 127mm (5″), Toro 48 by 152mm (6″), and Lancero 40 by 171mm (6.75″). Viaticum is hand crafted at Fabrica Oveja Negra in Esteli, Nicaragua. VIATICUM will have an MSRP from $15-$15.50 per stick. Cigars should be arriving at retailers in late August 2021.