The Altar Q by Oscar Valladares is a commemorative and limited edition. It is dedicated to the region of Copán, an archaeological site located in the west of Honduras, cradle of the Mayan civilization. Legend has it, that the region was dominated by sixteen sovereigns. All depicted in the monument called Altar Q, located in the center of Copán. Even the cigar box recreates the effigies of the Mayan kings.Furthermore, each of the sixteen cigar contained, one for each king, shows a second band with a different regal effigy. The box and the band are certainly fascinating, the latter being made of a special paper.

As for the cigar, it is produced in a single Toro size and is made in Danlì, Honduras. Binder and filler is use tobaccos grown in the Copán region, while the wrapper is a Sumatra from Ecuador. 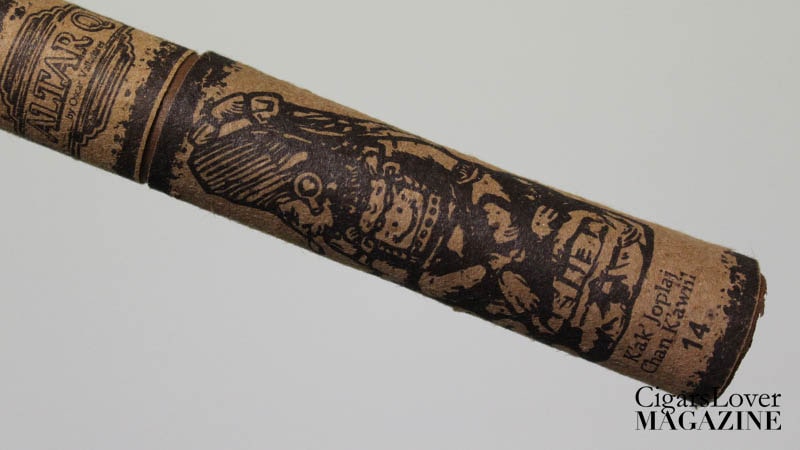 Once the huge bands are removed, it reveals a shiny Colorado shaded wrapper. What is most striking, however, is the smoothness of the wrapper, with only light veins. Aesthetically perfect, it is finished with a pig tail. 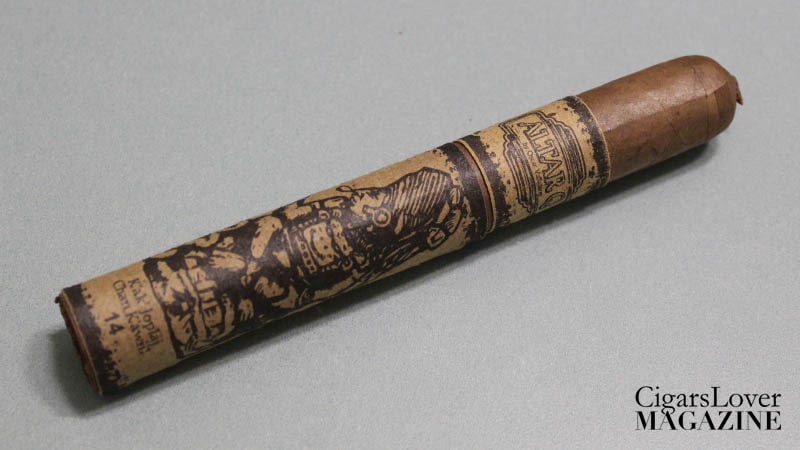 The smoke starts out definitely sweet, with well-defined notes of wood and hay, as well as a delicate hint of spices. Strength is medium – light (2/5). 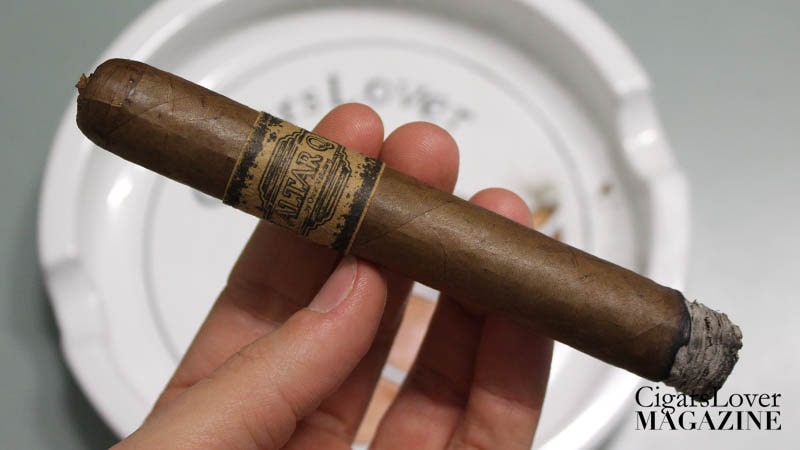 In the second third, the sweetness continues to be present, but is now joined a sapid note. The flavor profile increases, with notes of spices and wood, with earth and cocoa in the background. Strength becomes medium (3/5).

The last third sees the sweetness disappear completely, leaving the sapidity as the only dominant flavor. The aromas are now lesser in numbers. The cocoa is more pronounced and on the same level as the wood. They are joined by notes of cellulose and vegetal hints, which close out the smoke. Strength remains unchanged (3/5). 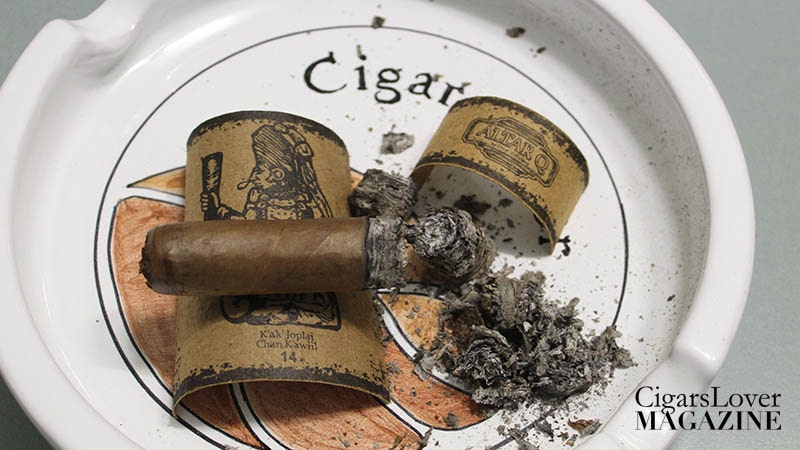 Overall, the Altar Q By Oscar Valladares manages to bring out a discrete complexity and a particularly interesting mix of flavors. Great balance. Too bad that the aromas are so few in number and they sometimes get lost in this large size. The evolution is rather contained. Perhaps a smaller size would have helped the blend to express itself better.