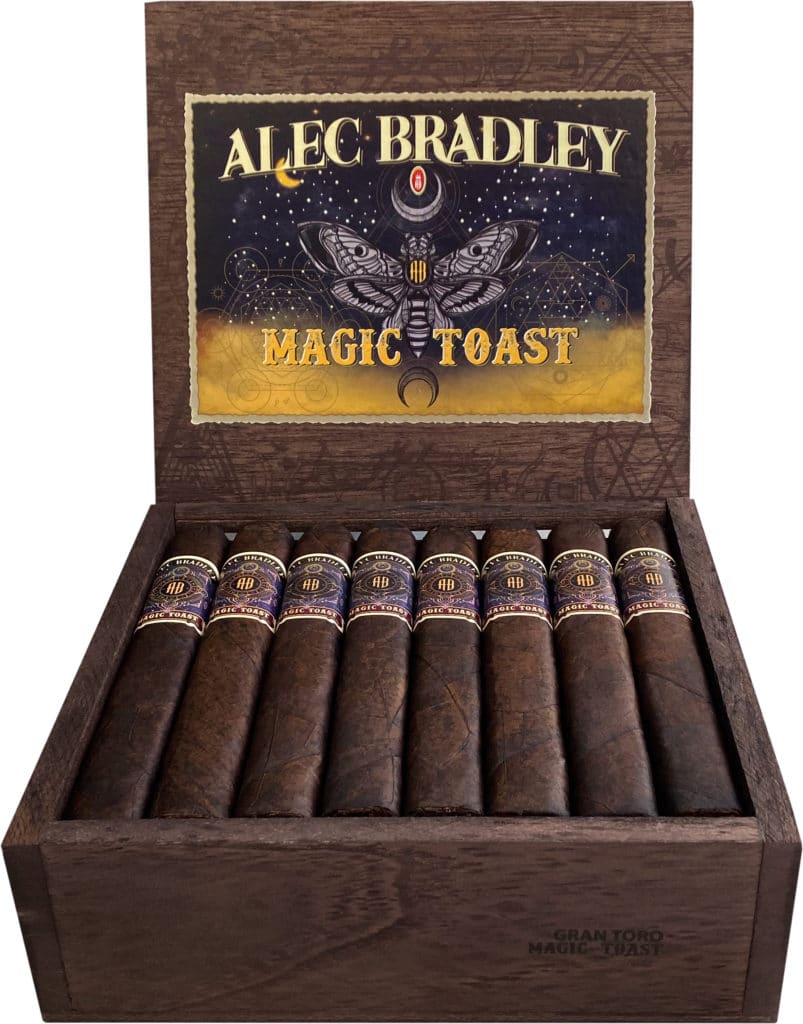 The Magic Toast Box Pressed Gran Toro will be an exclusive for retail attendees of the 2021 PCA Show. “The Premium Cigar Association and this trade show are very important for the future of our industry,” said Alec Bradley founder Alan Rubin in the official companies press release. Rubin also said: “With the Magic Toast Box Pressed Gran Toro, we are presenting something special for the retailers that are in support of our industry and this trade show. Now, more than ever, it is important that we stick together as one unified industry, and the PCA trade show is the best vehicle to achieve this.” The official PCA presentation will happen at the Sands Convention Center, Las Vegas, the USA, on July 9-13, 2021. Alec Bradley estimates that the cigars will ship to tobacconists in the late third quarter of 2021. The sale of cigars is limited to only US retailers.

The Gran Toro is being rolled at Alec Bradley’s Raices Cubanas Factory in Danli, Honduras. The cigar uses a dark natural wrapper from Honduras, a double binder with one from Nicaragua and the other from Honduras, and filler tobaccos from Honduras and Nicaragua. The cigar also features a rigid box press technique, making the cigar square in shape. The Gran Toro measures 54 x 152mm (6″). The limited edition will come in a 24-count box, and each box will include a PCA “guarantee seal”. Production is limited to 1,000 boxes. The Magic Toast cigar will have an MSRP of $11.00 per stick pre taxes.