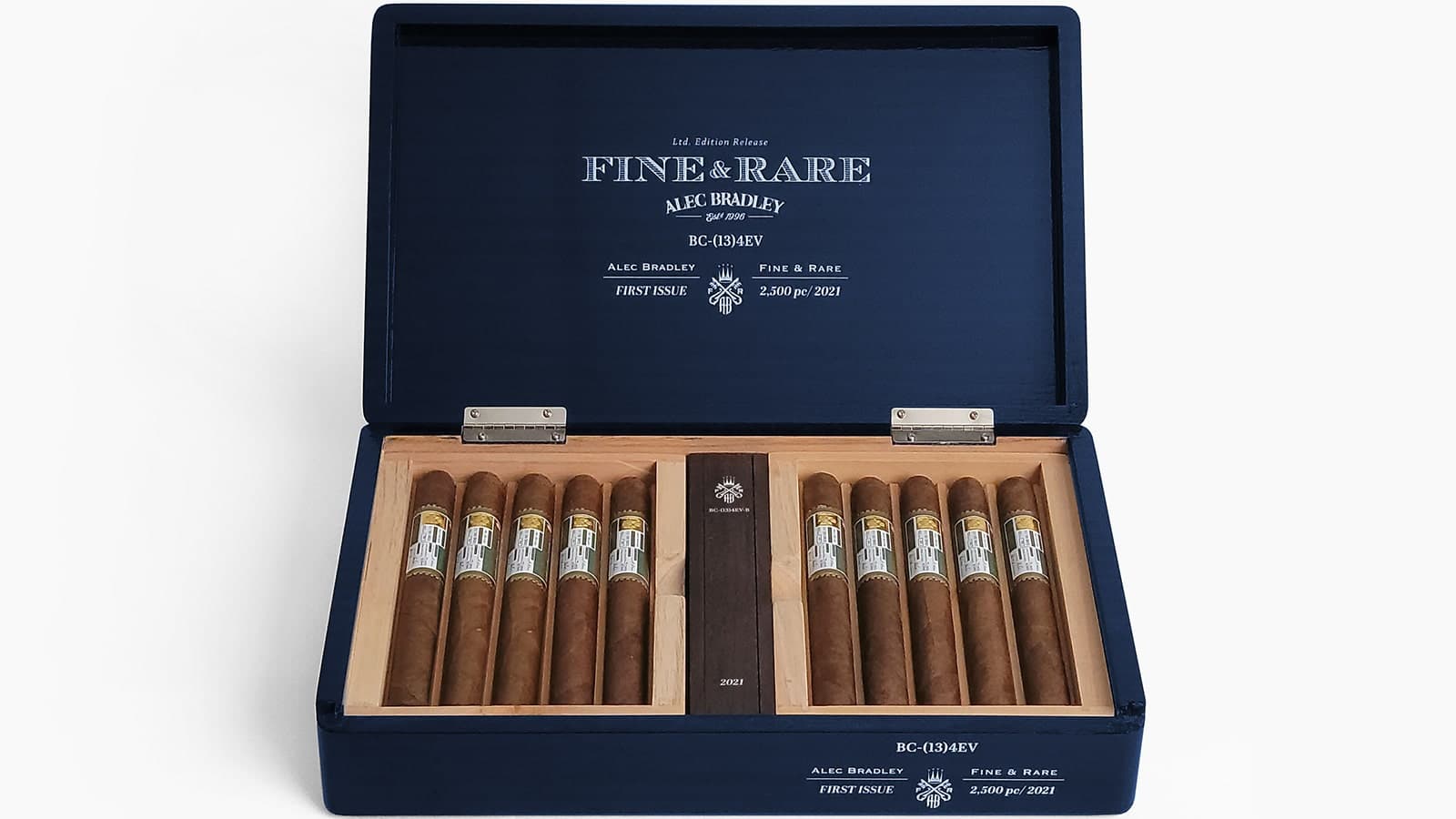 Alec Bradley Cigar Co. announced the 11th release of Fine & Rare for April 2022. The Fine & Rare BC-(13)4EV was initially scheduled to arrive in November 2021, but supply chain issues plaguing the premium cigar industry made that impossible. Featuring a high-gloss, two-tone blue box and ornate cigar bands, only 2500 Fine & Rare BC-(13)EV sets will be presented worldwide.“Alec Bradley brand advocates have come to expect the arrival of the annual release Fine & Rare to tobacconists in November,” said Alec Bradley founder Alan Rubin. “We are disappointed by the delay, but we are still very excited to bring BC-(13)4EV to market!”

The first “Churchill” in the Fine & Rare series, which measures 50 x 178mm (7″), showcases ten distinct tobaccos. The blend features an estate-grown wrapper from the Trojes region, in Honduras, over a blend of binder and filler leaves from Honduras and Nicaragua. Additionally, Mr. Rubin indicated that, unlike previous 10-count Fine & Rare sets, the upcoming release will include a very special eleventh cigar, called BC-(13)4EV-B, celebrating the 11th anniversary of the project. BC-(13)4EV-B’s size and blend are not being disclosed at this time.Fine & Rare is produced at Fabrica De Tobaccos Raices Cubanas in Danli, Honduras. The retail price for the US market has been set to $260 per box, before taxes, and international prices will vary.