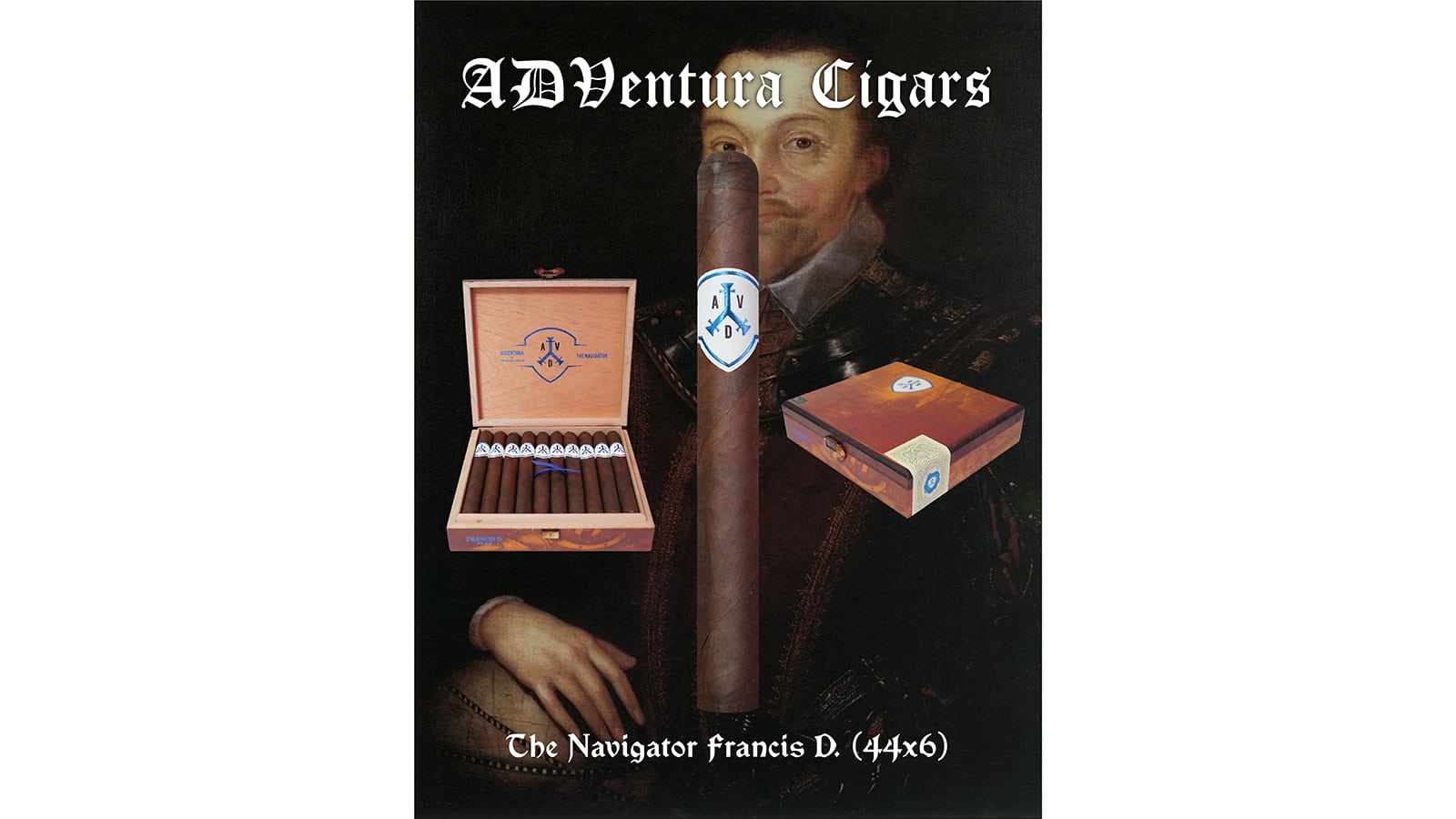 ADVentura Cigars will add a new size to the Navigator line, dupped the Francis D., that will debut this April.

The size is named after Sir Francis Drake, an English explorer and sea captain who is best known for his circumnavigation of the world in a single expedition. Marcel Knobel, part of the tag team behind ADVentura Cigars (the other part being Henderson Ventura), had the following to say: “We took a page from this naval officer’s will and perseverance to create a new size to expand the Navigator portfolio but maintain the Navigator blend and flavor profile.”

The Francis D. comes in a Corona size, measuring 44 x 152mm (6″), but the blend will remain the same. Namely a Mexican San Andres Maduro wrapper, over an Indonesian Sumatra binder, with filler from the Dominican Republic, Ecuador, and Nicaragua.“Since the wrapper has a major influence on the aroma profile, the Francis D. Corona is even more complex than the Pinzon Robusto or the Cabral Toro,” adds Marcel.

This new size joins the other six regular production vitolas, the Cabral and Pinzon for the US market and the Cadamosto, Columbus, Magellan, and Vespucci for the EU. It will also be sold in 20 count boxes with an MSRP set at $10.60 per cigar.

As a pre-release opportunity, ADVentura Cigars is hosting a “Private Tasting” for their top 5 accounts and 15 of their top customers to experience and enjoy the Francis D. Corona with Henderson Ventura and Marcel Knobel.