Why does the market nowadays have a big variety of XXL accessories?

It is visible for everybody how the cigars are becoming “thicker”, millimeter after millimeter, towards a more “oversize” or “supersize” caliber. It is difficult to narrate a chronicle, year by year since this phenomenon has started. In Cuba, until 2002, year of the release of the Cohiba Siglo VI (52x150mm), the largest ring gauge made (not counting the Figurados, Doble Figurados or sporadic and particular editions) was the 50, used mainly for the vitola de galera Robusto. The difference made the caribbean non cuban productions that always elevated the pole more until the making of products with a ring gauge of 80!

That it started by chance or with a precise idea or by emulation is difficult to say. Matter of fact, bit by bit, the market has started to get used to always bigger products and the smoking time didn’t increase. Cigars started to lose centimeters in length.

The point is that when the sizes keeps on getting bigger, then also the accessories that were comfortable before start to become too small and they need a replacement: the XXL accessories. The first accessory that paid the price was the guillotine. Cutters able to be used with 54 ring gauge cigars started becoming small for the bigger new sizes, making necessary to change to a product with a larger section, that would solve the upcoming problem. The next accessory that suffered the same destiny was the puncher. In this case, even if the problems seemed less evident, the issues were two: either you choose to smoke a cigar with an evident disproportion between the size of the head to the size of the hole on it, or you started making multiple holes that looked like the “8” or “star shaped”. 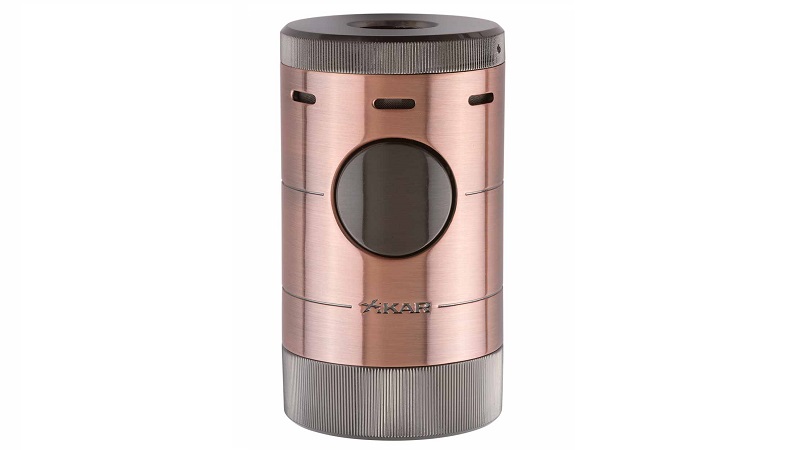 Following, parallel to the launch of the first “XXL” cutters and punchers on the market, it was the turn of the lighters, in particular the Jet Flames: the disproportion between the single flame and the foot forced the smoker armed with patience to numerous “turns” of lighters for the burn. To resolve this problem, slowly, we experienced products with two, three and even four flames. The last ones are the cigar cases. If you are convinced that your travel humidor for five pieces (just to simplify) is able to hold five “6×60” or larger cigars, we suggest that you try to put them next to each other. Maybe, with difficulty, they’ll fit, but if you don’t want to find your cigars became box pressed, the options are two: either you take four cigar with you, or you buy the wider travel humidors. 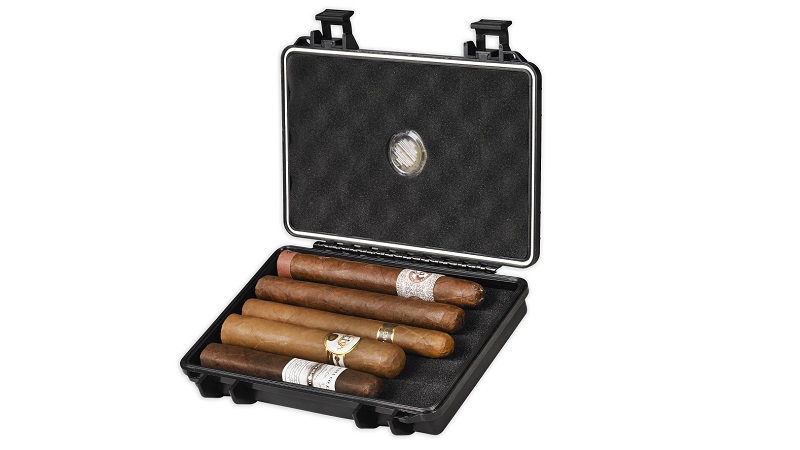 All this happened in a few years, almost passing unnoticed by the eyes of the aficionados, but not by the vendors, that knowing the market, were able to quickly adapt to new needs, proposing always more XXL accessories. In synthesis, the smoking habits have had repercussions in the cigar accessories world, in a definitely not proportional way. In fact, while the smoker took a long time to get used to bigger ring gauges, the producers of cutters, punchers and lighters quickly adapted to please the smoker. Like if, progressively you gain weight but somebody keeps on changing your dresses in the wardrobe, giving you the illusion of same weight. The risk (not even remote) can be that the loose of a certain practice in smoking “slim” cigars with a smaller ring gauge, like the Lonsdale, Corona and Panetela. The reason why even if it is only to use an old accessory that is resting in a corner, we always suggest to keep smoking all formats of cigars, not just the bigger ones.