Whisky aging is a production process transforming the virgin spirit, the so-called new make spirit, into the final product we are going to pour in our glass. This process, for Scotch whisky, is of variable duration, which is often decided, even though not completely, by the manufacturing company. The spirit has in fact to experience a minimum 3 years aging (as mentioned by law). The max limit is, on the contrary, not established by law, however a spirit legally named whisky needs to comply with another rule: it is required to be at least 40° alcoholic percentage. 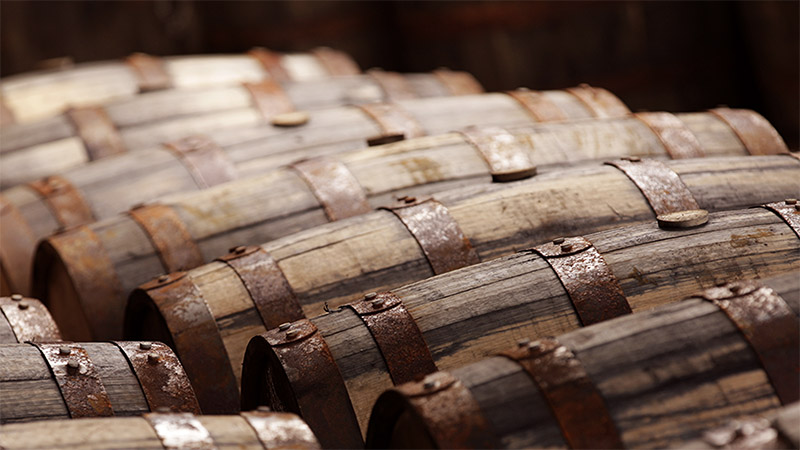 Let us start from the extreme cases, to make sure the initial impact is bold: Gordon&MacPhail recently released a 75-years old, single cask Mortlach bottle, distilled in 1939, before Second World War. Similar products are not only rare, but rather unique. This Mortlach flanks other products, such as 1940 Glenlivet, 70-years old, and the 62-years old Macallan. Prices are, obviously, dictated by a series of variables, including the extreme rarity and unicity of these selections, and are almost prohibitive. In the end, similarly limited amount of product would in any case drive the same logic. Other distilleries, including Glendronach and Glenfarclas, are more frequently releasing 60’s and 70’s products.

THE LONGER AGED A WHISKY IS, THE BETTER THE TASTE?

This is a frequent and no single-answer question. Normally the person in charge for casks selection in a distillery mainly chooses standard products casks, thus the ones reserved to host a minor aging (10/20 years), probably leaving a very limited selection of casks to be used for longer, maybe goals-related, celebrative casks. Examples such as Macallan 40 or Bowmore 40 are rare and rather expensive, with the high price due to maintenance and stocking of casks in the distillery deposits. In the Single Casks cases, a rather rare practice when compared to the large percentage of whiskeys assembled using multiple casks, it is up to the cask owner to decide the best moment to bottle the spirit. Young products are not rare, mainly 7 or 8 years, as well as longer aged bottles. It depends on the personal taste of the individual selecting the cask, or on the needs of the manufacturing company. 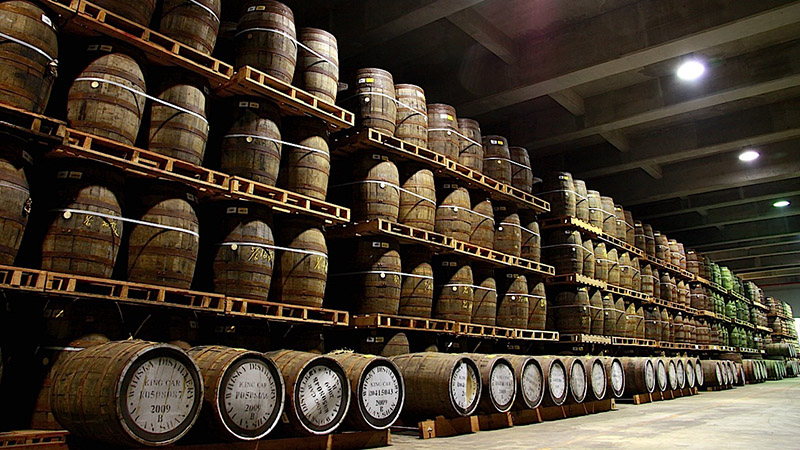 WHAT IS AGING ACTUALLY IMPACTING ON?

This phase creates an exchange among spirit, cask wood and external environment, conditioning the liquid and providing it with a variety of unique characteristics. Each cask has no identical one, and shows its own specific distinctive tracts.

Let us talk now about casks: these are wooden structures able to contain from 40 to 700 spirit liters. Dimensions, as well as wood type, influence aging. Barrels are normally made of oak wood, mainly of American or European origins. The American oak casks are the most widely used, while the ones of European origins are rarer and more expensive. Generally barrels previously used are taken into account, such as the ones previously containing bourbon or Spanish sherry. Even products exclusively aged in virgin barrels are available, the so-called Virgin Oak.

For more information on barrels, their use, materials and other curiosities, click here.

– A recent, yet more and more common practice is to finalize the maturation in different casks. These are the so-called finishes and several are available. A distillery renowned for these experiments is Arran, which has even used Italian Amarone wine barrels to finish its whisky aging. Also Bruichladdich often proposes experiments of this kind.

– It has been mentioned that approx. 70% of whisky’s characteristics are due to aging.