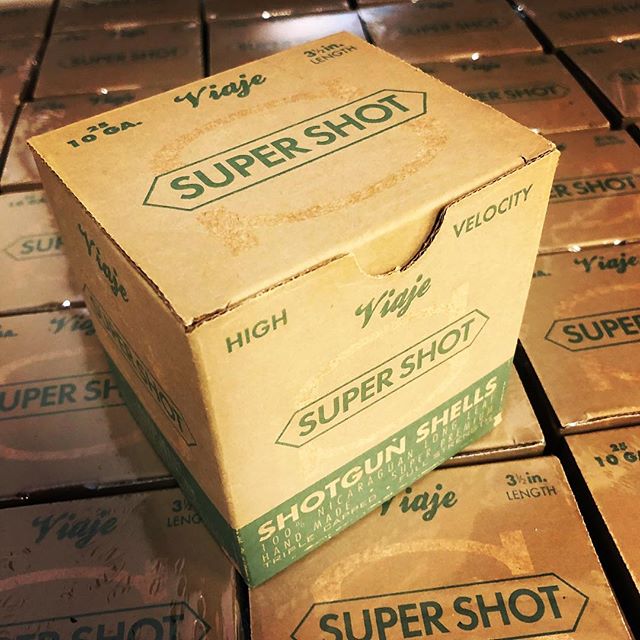 Super Shot will be available in two sizes:

Both sizes are Nicaraguan puro; packaging is confirmed to be the same as the ones released in 2012, that resemble cardboard boxes that contain contain pump gun cartridges. 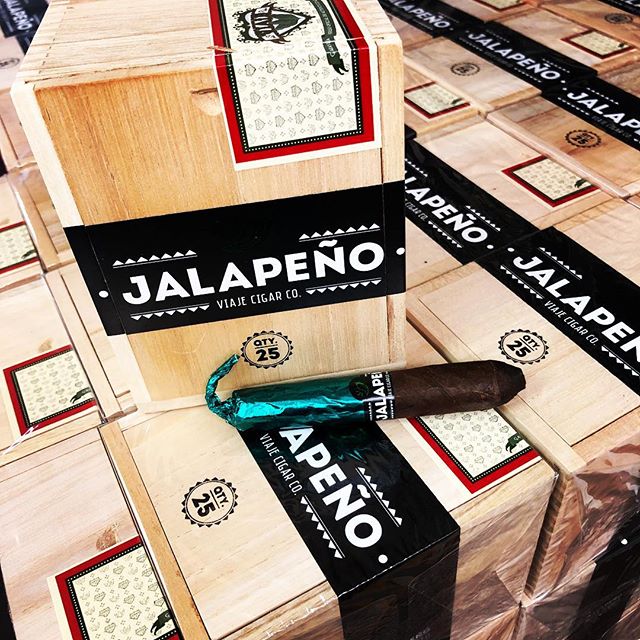 Viaje Jalapeño comes once again in the small Figurado size, 51 x 124 mm. The blend is a secret, but information has leaked that the entirety of the tobaccos are cultivated in Nicaragua.

Particularity of this cigar is that half of the cigar is covert by a green tinfoil, which creates the optical effect reminiscent of the famous Mexican chili pepper.