Last year was the year of many anniversary, among those was also Tatuaje Cigars 15th Anniversary. Pete Johnson celebrated the occasion with a special release, the Tatuaje 15th Anniversary. The line is made up of two sizes, a Belicoso Fino and a Torpedo Grande. Both sizes come in two wrapper variation, a Habano Rosado and a Habano Oscuro. The blend is identical. 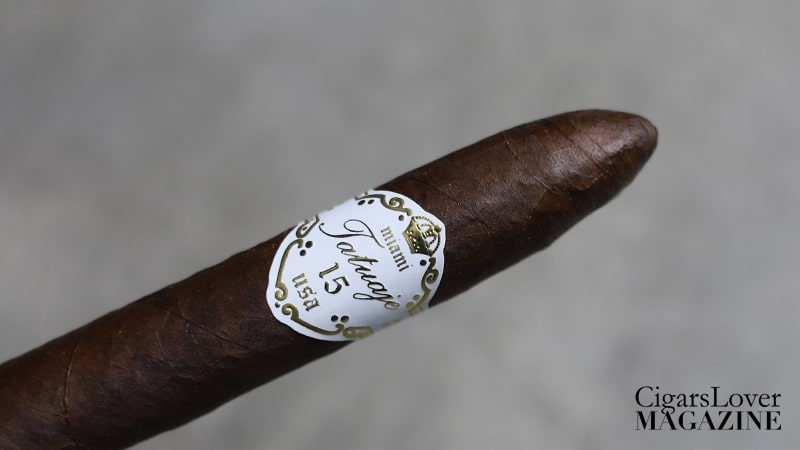 The Maduro shaded wrapper offsets the white band nicely. Wrapper is smooth and oily to the touch. Filling is generous, there is almost no give when squeezed together. 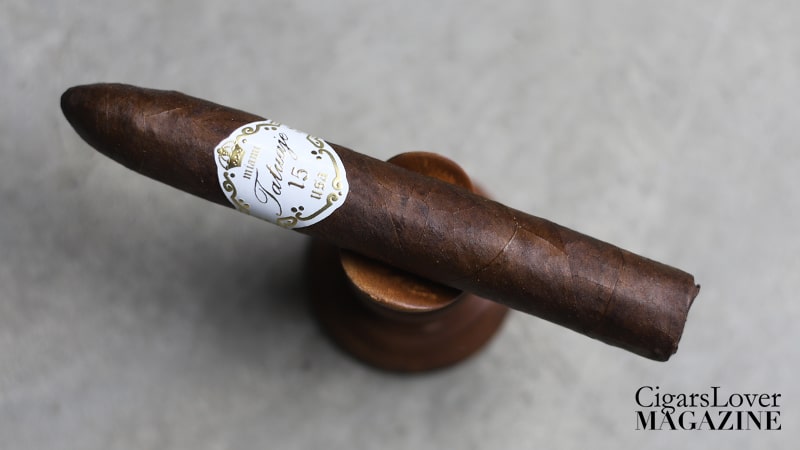 The first third continues with the vegetal notes, paired with wood, hazelnut and coffee. There is also an herbal note present in the background and the retro-hale reveals some cinnamon notes. Strength is mild – medium (2/5). 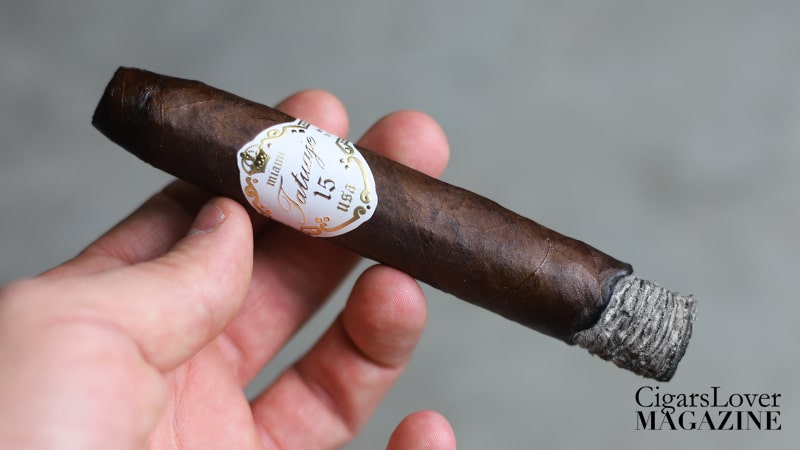 The second third carries over the vegetal notes, together with the mix of wood, hazelnut and coffee. Herbs are still present in the background and are now joined by white pepper. Citrus notes, in the retro-hale, replace the cinnamon. Strength increases to a solid medium (3/5).

In the last third, the herbs become balsamic and the remains flavor profile stays unchanged. Next to the white pepper are now also a mix of backing spices perceptible. There is also some bitterness creeping into this last third. Strength stays medium (3/5).

Overall, the Tatuaje 15th Anniversary Habano Oscuro Belicoso Fino is a complex smoke. The flavor profile is ample and well balanced. While there is some bitterness present in the last third, some rest in the humidor should take care of that.