The new Tabernacle Havana Seed Connecticut 142 will debut at the upcoming IPCPR 2018. Nick Melillo has been working on the project over the past four years. The goal was to create a cigar wrapped up in a  Cuban seed wrapper cultivated in the heart of the Connecticut River Valley, in USA. The blend is the same of the The Tabernacle line (whose debut dates back to 2016), making the Havana Seed CT 142 an extension of it. The peculiarity of the wrapper, as Melillo illustrates, is that of being one of the most difficult to work with. 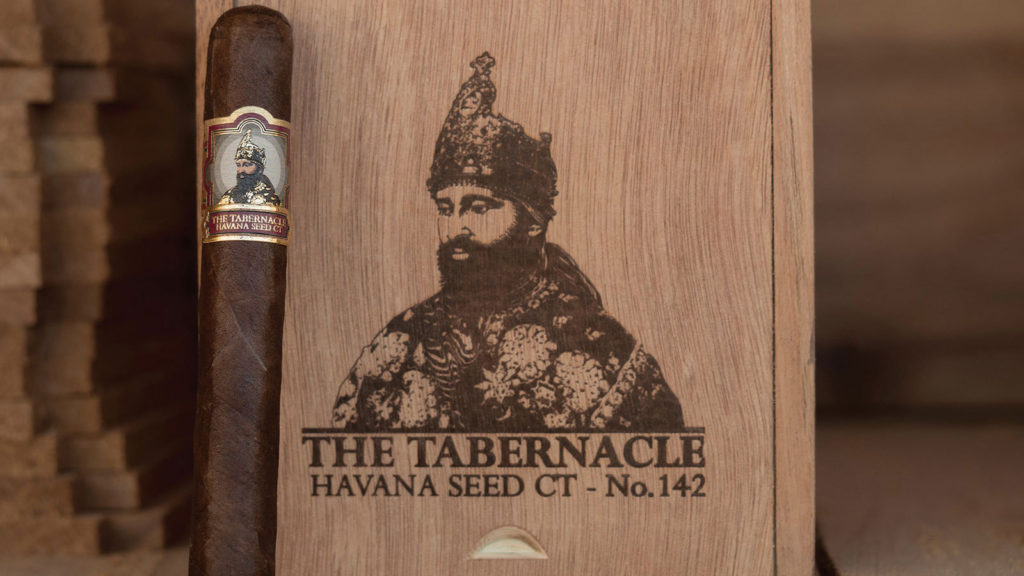 Four formats will be presented in Las Vegas, packaged in boxes of 24 pieces:

Unchanged, compared to the original release, the Mexican San Andrés binder and the fillers, consisting of a mix of Nicaraguan (tobacco from the regions of Estelí and Jalapa) and Honduran (native of the Jamastran Valley). Nick has stated the wrappers differs from the Connecticut Broadleaf not only in the visual aspect: ”Havana Seed 142 is a leaf with the tendency, while growing, to point upwards; the one previously used, however, is of considerable size and lowers towards the ground”. Melillo has added further specifications specifying that the wrapper is characterized by a slightly thinner structure and less veins. The quantity of oils in the leaf is considerable and they must be drastically reduced in a very precise time frame; once passed, it is no longer possible to use the leaves; if not treated properly it would compromise the burning of the cigar ”.

The tobacco used as wrapper of The Tabernacle Havana Seed CT 142, concluded Nick, has been undergone to the strict supervision of A.J. Fernandez in the last three years. The making of the cigars took place at the Tabacalera A.J. Fernandez located in Estelí, Nicaragua. Shipments will start next fall.