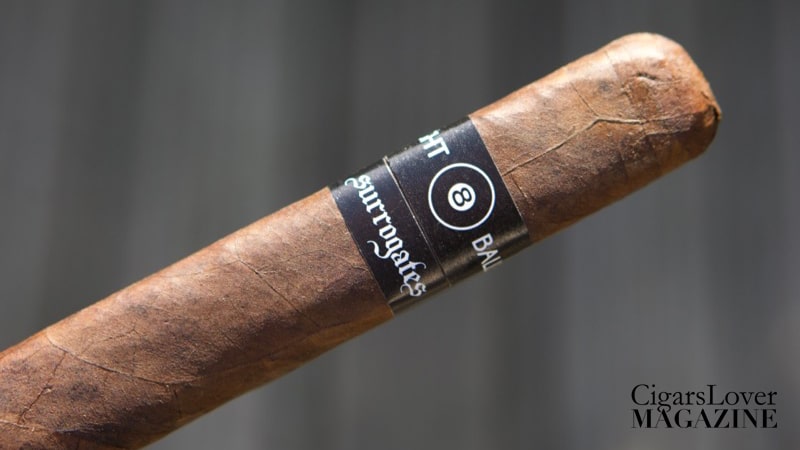 The wrapper is smooth to the touch and of a Colorado Maduro shade. It is not as dark and toothy as someone would expect from a Connecticut Broadleaf wrapper. 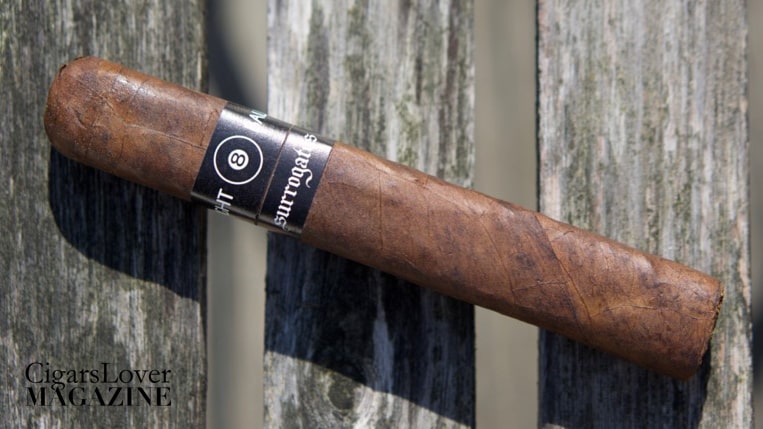 Surrogates Eight Baller: a mix of cocoa and barnyard are present in the cold draw. Once lit, the first few puffs bring cocoa and black pepper to the palate.

Black pepper is the main flavor in the first third. A balanced combination of cocoa, leather, earth and cream follow. Strength is slightly over medium from the get go (3,5/5). 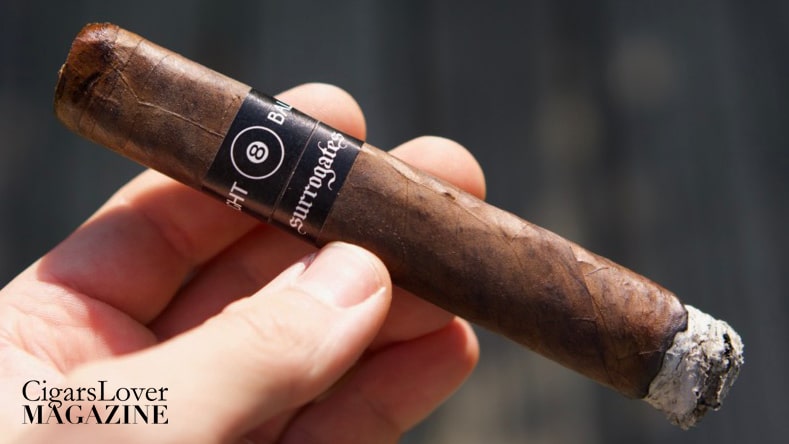 Getting into the second third, a roasted coffee notes appears. The black pepper is not as pronounced anymore and a wooden note joins the flavor profile. Strength stays constant (3,5/5).

In the final third a bitter note emerges, which becomes more pronounced continuing in the third. There are still notes of black pepper, earth, leather and coffee present, but the bitterness begins to overshadow most of the flavor profile. Strength increases to a medium – full (4/5).

Overall, the Surrogates Eight Baller might not be the most complex cigar, but it is a well balanced smoke. The cigar shines in the first two thirds. The bitterness, that appears in the final third, will hopefully mellow out with a little time in the humidor.