Shriner Robusto is a cigar produced in Nicaragua, at the Plasencia Factory in Esteli. The line is owned by the Hiram and Solomon Cigar brand. 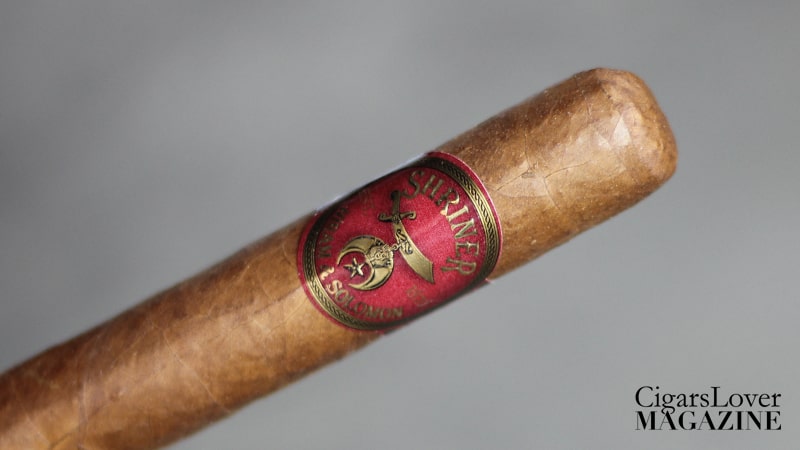 It is dressed in a Colorado shaded wrapper, that is slightly rough to the touch. Construction is good.

Shriner Robusto: nuts and cocoa in the cold draw. The opening continues on the notes of nuts, mainly hazelnut, followed by earth.

In the first third, the flavors remain almost unchanged. However, the nuttiness is more intense, with not only hazelnut, but also walnut. Strength is medium (3/5).

In the second third, notes of cellulose are added to the flavor profile. Strength remains constant (3/5).

There is no flavor, nor strength change happening in the final third.

Overall, the Shriner Robusto releases a smoke with a limited flavor profile and with not much of an evolution either. The cigar is rather monotonous, due to the absence of a change of pace of which, from the second half onwards, it lacks.