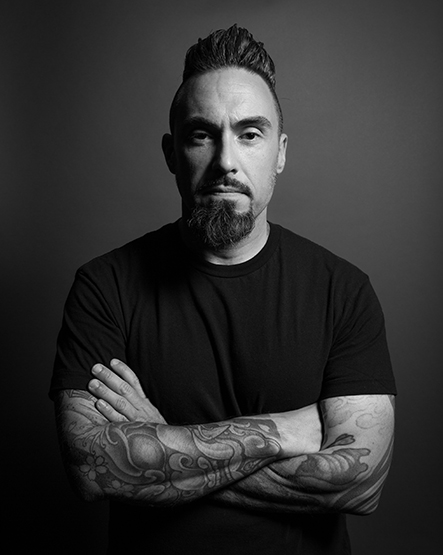 Namakubi means ‘severed head’ , in Japanese, and belongs to the Samurai culture; the term alludes to the individual’s ability to accept his destiny with honor. It refers to ancient times. When two Samurai clans clashed, the stakes were high. Losers would die from injuries sustained in battle, or executed after the defeat. The severed head (Namakubi) of the losing leader would then be presented as a gift, on a wooden tray, to the winner. Matt Booth’s creation, called Namakubi,  will be available on the Swiss market starting this month. They are packaged in twenty count boxes and are carefully produced in Honduras; the blend consists of an Ecuador Habano wrapper, a binder from Honduras. The leaves chosen for the filler are Dominican and Honduran ‘Vuelta Abajo’. Namakubi is described as a medium-strong line and the goal of the producer is to give a powerful but pleasant smoke. The sizes sold are: Roxxo (48 x 102 mm) and Monstro (60 x 127 mm). 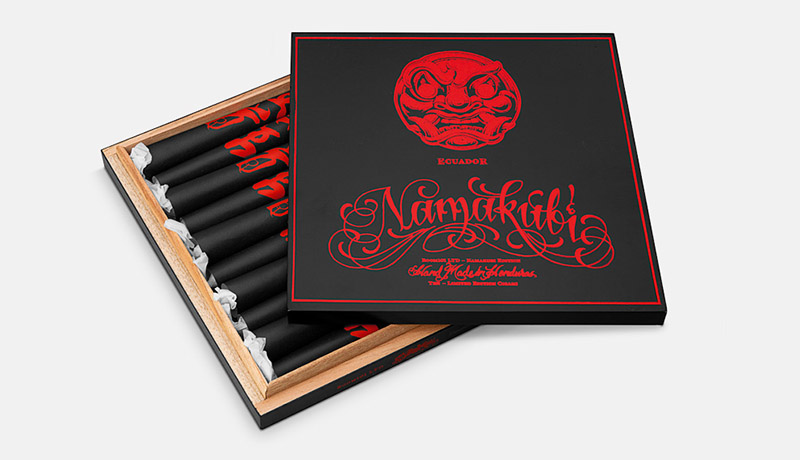 The second line available in Switzerland is the San Andres. As the name suggests, the wrapper is a Mexican San Andres. The binder is a Honduran Corojo Seco and the filler consists of Criollo Ligero and Corojo Seco (from Honduras and the Dominican Republic). The blend deviates from the flavor profile normally associated with per-existing Room101 lines. Matt Booth claims that this addition to the Room101 portfolio is an incredibly complex smoke that diversifies the brand’s offering. Strength is declares as mediumStarting from July on, again on the Swiss market, two further lines will be available: Daruma and Daruma Gold. The name given is linked to the Daruma Dolls, Japanese votive figures without legs and arms, depicting the founder and first patriarch of Zen. The doll’s face is stylized, with a white beard, mustache and circular eyes. If the wish is fulfilled, the second eye can than be drawn. The Daruma Roxxo measures 48 x 102 mm and the Daruma Monstro 60 x 127 mm. So we at Room101 grow and evolve”. 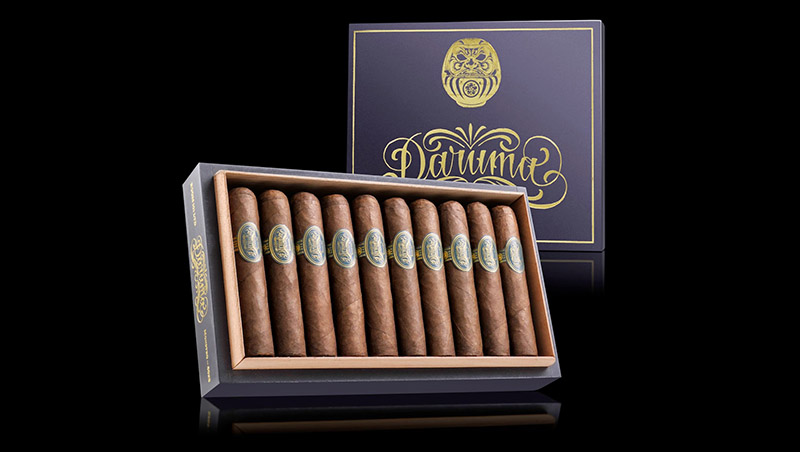 The last of the releases is the Daruma Gold. It is identical to the previous one in terms of binder and filler, the difference lies in the wrapper, made with Mexican San Andres tobacco. located in Honduras. For now, the cigars will be exclusively be sold in the many A. Dürr stores around the country.