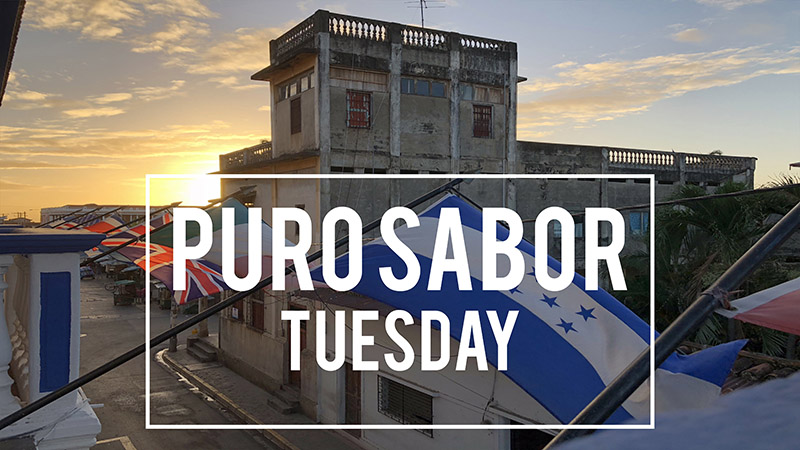 Tuesday was the day dedicated to relax, because many of the participants, who arrived yesterday, needed time to adapt to the new time zone. At 8 o’clock all the groups (eight in total) departed towards Tola, which is located on the Pacific coast of Nicaragua. After a two hour trip we reached Rancho Santana, luxury Resort that offered the participants a wide range of leisurely activities: in addition to the wonderful coastline, anyone could enjoy a round of Bocce, Spa, Billiard table and a Pool, all spaces were open to smoke. 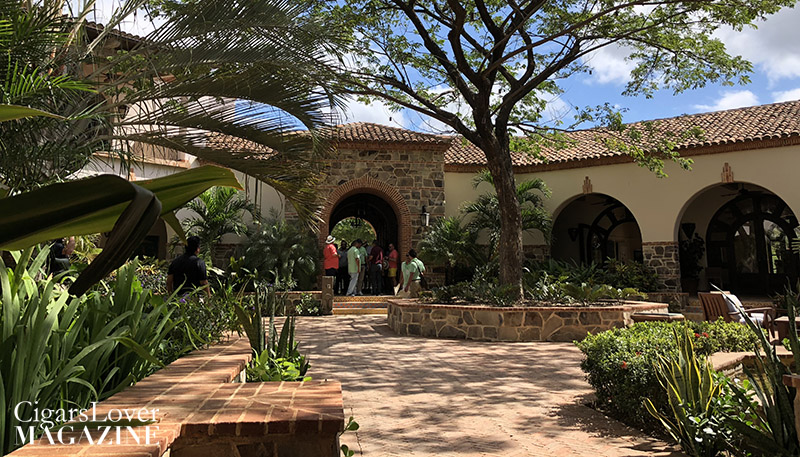 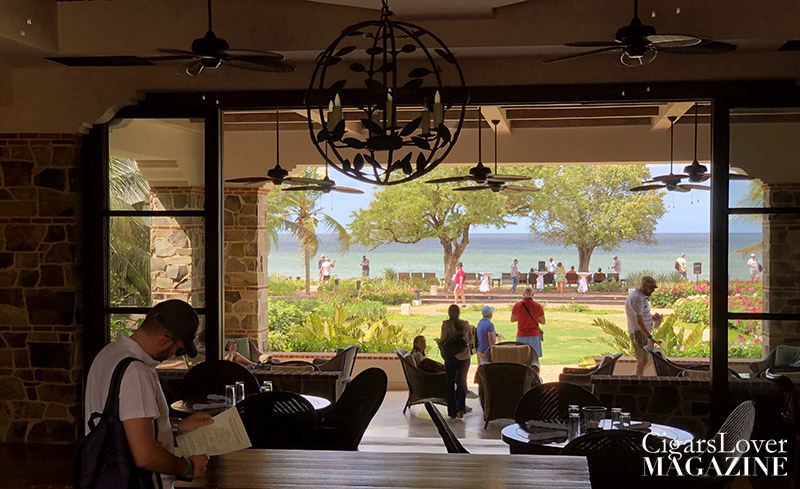 The welcoming cigars handed out were two Archetype, by Ventura Cigars, handed by the hostesses near the open pool bar. 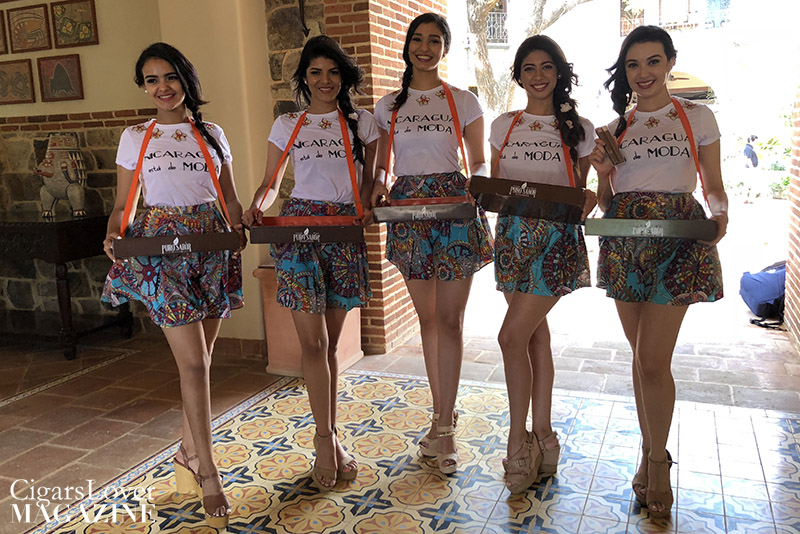 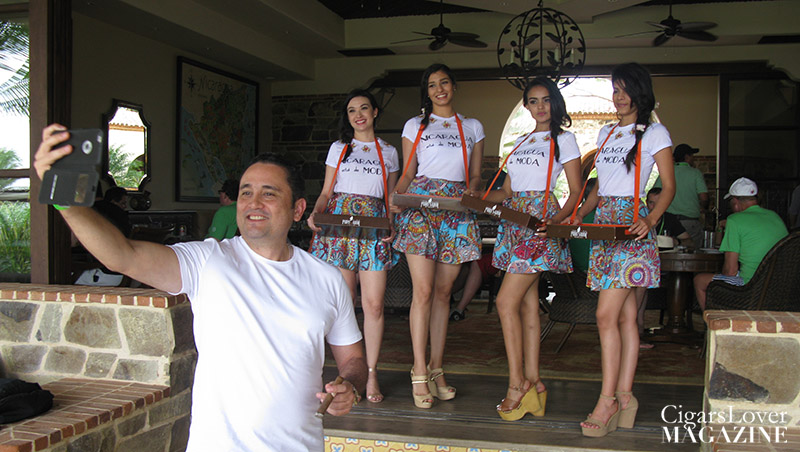 Although the sun peeked through the fast moving clouds and the sea was quite rough, the most daring ventured into the sea. The beach is made up of compact sand, of a brownish/gray color, and is spaced out by smooth cliffs. As soon as you dive under water you see a stony sea bed. The water, also due to the little sunshine during the day, was rather cold but less saline than expected. 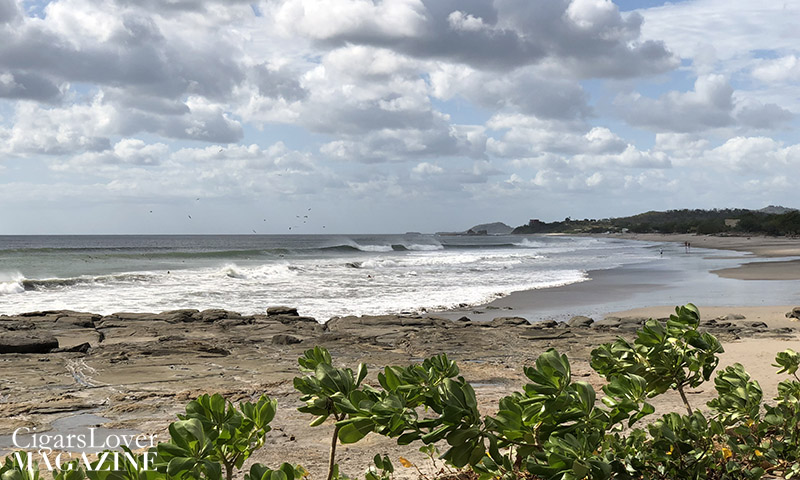 Before heading back to Granada a horse show was held, which involved seven horses with their caballeros, all accompanied by typical South American music. 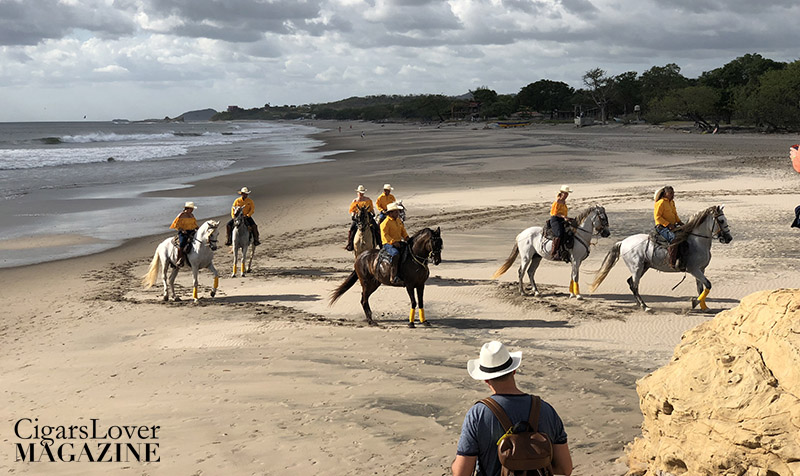 After lunch we had the opportunity to meet and interview Anielka Ortez, president of the Nicaraguan Tobacco Chamber who was able to tell us how much the Puro Sabor event has grown over the years (this year there were about 280 people from 30 countries) and how the same increase in number of participants has allowed to increase the tourism industry that moves together with the event, such as the opening of a new hotel in Estelì. 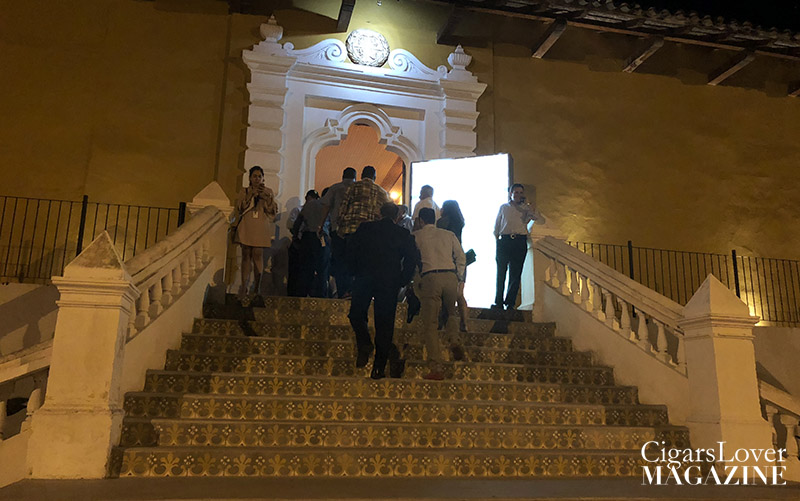 In the evening we attended the Welcoming Dinner, held at Convento San Francisco, a former convent with typical colonial architecture, with a large internal cloister adorned with a majestic central fountain and tall palm trees. Nowadays it functions as a museum. 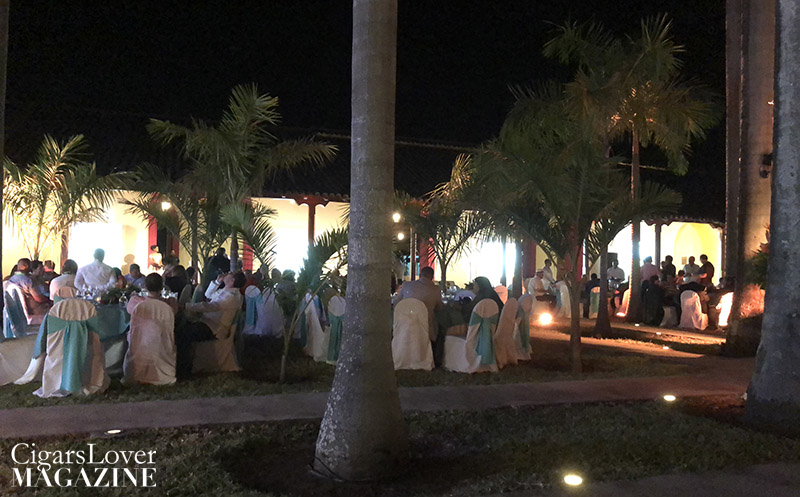 The first cigar was a Mombacho Tierra Volcan Grande. Nicaraguan politicians started the evening, after a long speech that illustrated how Nicaraguan is among the Latin American countries with the highest economic growth, due to both the Tobacco and Tourism industry, on which this nation is focusing on a lot (in fact, the streets of Granada was swarming with tourists. During the dinner the CAO Flathead 770 and two Soneros Maduro, made by Corona Cigars, where handed out, that went well with the Flor de Caña, the most famous rum in the country of volcanoes. The evening was entertained by an acoustic duo, that covered the major hits of Cat Stevens and Simon & Garfunkel.