Perdomo recently announced two new releases. They will be part of the Perdomo Reserve 10th Anniversary Box-Pressed line. The two releases are called Maduro and Sun Grown and will hit stores starting in August in the United States. The Reserve line was launched in 2004. 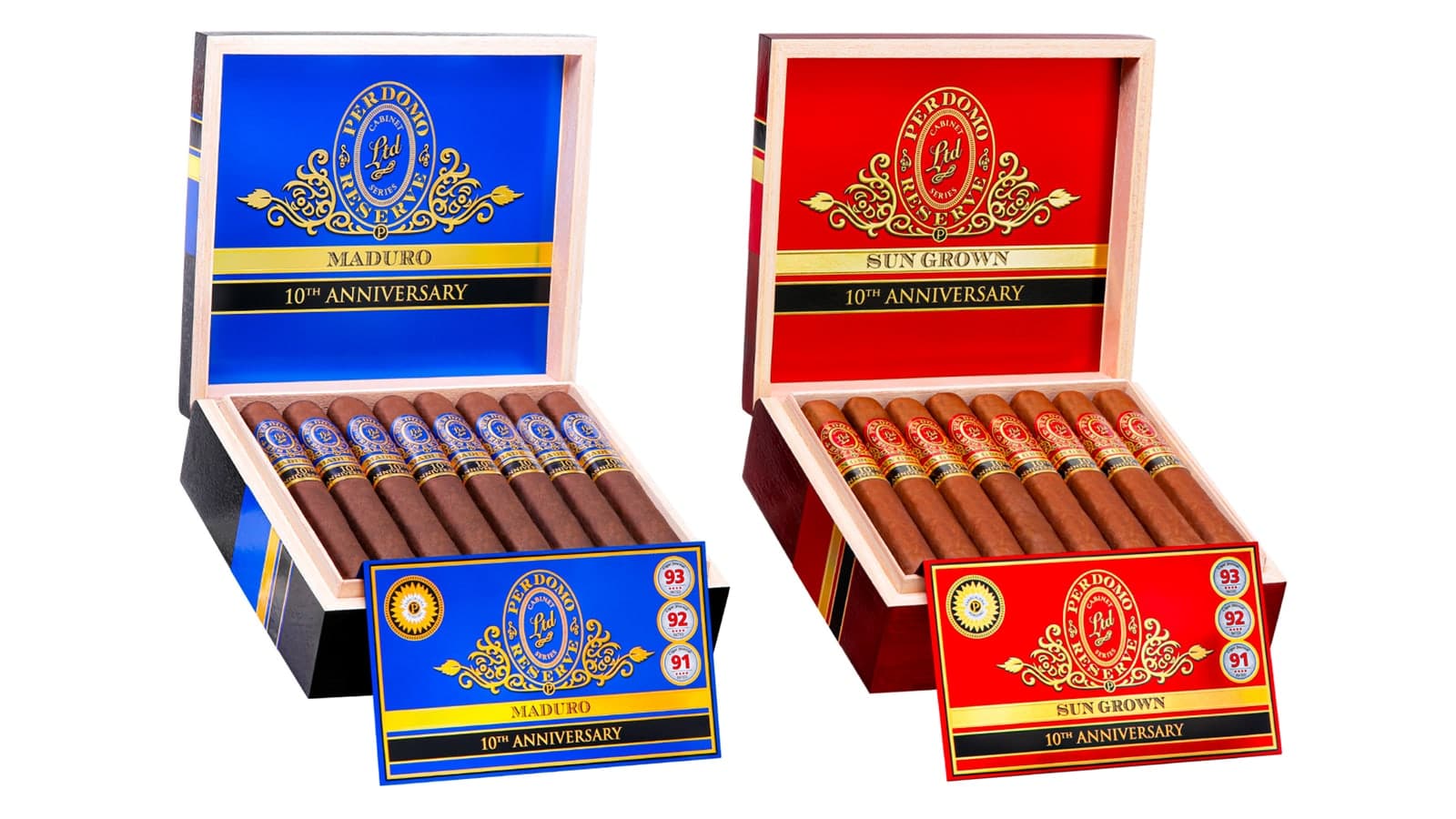 “Our Perdomo Reserve line has been on the market for over 20 years. We wanted to create something truly special to honor the brand’s history and offer a cigar that every smoker would fall in love with, ”says Nick Perdomo, Jr., President, and CEO. “In the blend, we added a 6-year-old aged leaf, as well as leaves from our most prestigious crops located in Estelí, Condega, and in the famous Jalapa valley, in Nicaragua. We created these cigars not only to make them rich in flavor but also to be very soft on the palate, with light sweet notes. ”

As for the two versions, the Perdomo Reserve 10th Anniversary Maduro box-pressed is a Nicaraguan puro. It is a medium-bodied cigar and the blend is composed of a little over 7-year-old Nicaraguan wrapper leaf. After the first 6 years of aging, it is then put in ex-Bourbon barrels for an additional 14 months. The binder and filler are also Nicaraguan and aged for 6 years.

The Perdomo Reserve 10th Anniversary Box-Pressed Sun Grown is also a Nicaraguan puro, also medium-bodied. After 6 years, the Nicaraguan wrapper leaf is then put in ex-Bourbon barrels for another 10 months. The binder and filler are also Nicaraguan and aged 6 years.

The sizes and prices of the two lines are the following: