The Oban distillery is in the homonym Scottish city since 1794, the same year it was founded. The distillery was built by the Stevenson brothers, John and Hugh, and then passed property various time in the course of the year, were it was also renovated and expanded.
The 14 year old, which we are talking of, is the most widespread and known from the distillery. It is a readily available whisky, sold in bottles of 70 cl in carton tube.

The alcoholic gradation is 43%.

The price of the bottle is around 50€. 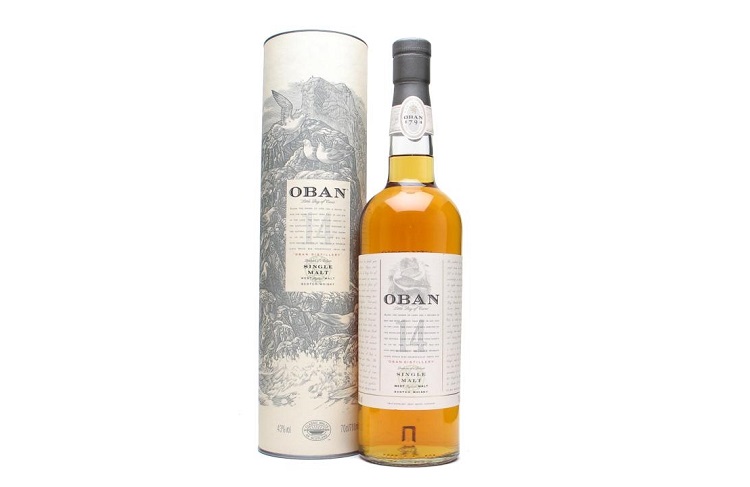 OBAN 14
Look: golden yellow, with amber reflects.
On the nose: liqueur scents, which are particularly perceptible. Notes of malt, ripe fruits (pear) and hints of vanilla.
On the palate: the base is sweet and accompanies smokey aromas, with a slight spiciness. There are also honey and plum perceptible.
Finish: discretely extended, with oaky and balsamic notes.

CIGARS FOR PAIRING
Vegas Robaina Famosos: the cigar and the spirit marry to perfection, seeing how similar the aromatic palates are. The flavors exalt and the binomial gives place to a simple and satisfying pairing. In detail, the balsamic notes melt together, refreshing the palate continuously.

Villa Zamorano Expreso: the Oban meets this petit robusto, filling and completing the aromatic palate of the small Expreso. The sweetness of the Oban softens the bitter vein of the cigar, creating a nice contrast. The result is a satisfying and satiating marriage, that can be enjoyed also in short pieces of time, seen the length of the cigar is only 90mm.