A subject of discussion among whiskey enthusiasts, is linked to the so called Independent Bottlings and their availability on the market. These products are linked to the official bottlings, that are certainly better known and sell more. We will try to analyze the differences between the two types of bottlings. The Official Bottlings have two sub-categories: we have the so-called Core-Range, consisting of regular bottles that the distillery usually sells and maintains over the years. Some are iconic, think of the Glenfiddich 12 or Caol Ila 12, up to more aged specimens, Glenfarclas 40 and the like. The Core-Range has, in terms of taste and quality, a certain consistency year after year.

The distilleries also offer limited series to commemorate events or just to let people know and appreciate particular products, qualitatively relevant or with peculiar stories behind them. Let’s think about the annual Special Release that Diageo offers, the giant of spirits worldwide, or the single barrels of Balvenie, often true cult objects. The distillery decides to open the doors to its warehouses, but the bottles represent a small percentage of the sales volume compared to the large core-range. The lines consist of assemblages of tens, sometimes hundreds, of barrels: we are talking about thousands of bottles and more. 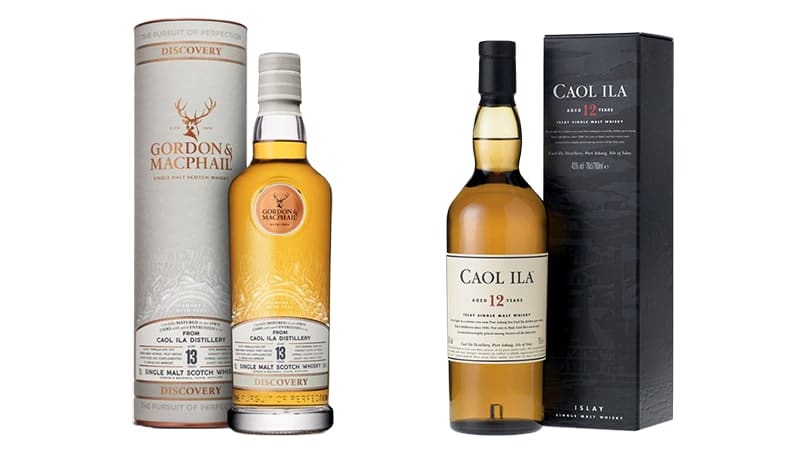 In parallel, for several years, extremely limited batches of products marketed not under the name of the original distillery can be found on the market. These are the independent bottlings, external companies that select and then bottle the spirits produced in the distilleries, without an apparent criterion. The history of independent bottlers is unique and will be deepened; for now, we limit ourselves to mention some well-known names like the Italian Samaroli, a true pioneer since the ‘60s on, and Cadenhead’s, the oldest, founded in 1842. There are others, of course, and they can often be found during Festivals, that are held worldwide, next to the well-known giants.

The independent bottler does not produce its own, does not own a distillery, but, when possible, buys barrels directly from the distillery, or from a broker. The barrels have prices that vary depending on different factors. It is up to the selector to decide what to buy, based on proposals, budget, their vision and their taste.

The question arises: why buy independent bottle instead of the official ones, capable of being more consistent over the years and more recognizable?

The answer is obviously not univocal and deserves a more careful analysis. The official bottling obviously responds to the rules of the market, therefore a product that from year to year presents minor differences, without upsetting the product itself. Especially lately the distilleries (Macallan for example) renew their Core-Range to meet the tastes of the final consumers, expanding or even replacing entire product lines in favor of others. The independent bottler does not have a Core-Range, he simply sells the bottles he has and which, once finished, are unique. His task is to try to give a consistency to his products according to their taste. Sometimes the bottles come from unknown, very small, distilleries, not always appreciated properly. It is not uncommon to try to play with the barrels, therefore with further maturation periods in particular casks. Sometimes we come across products unusual compared to what the original distillery usually commercializes, think about products aged in ex-Bourbon barrels from distilleries where the ex-Sherry barrels are predominant.

Our suggestion is to taste both official and independent bottles, to expand your knowledge of the distilleries or to discover new ones. Next to the various Core-Ranges it is advisable to taste independent bottles that, in all probability, allow us to appreciate the distillery from another point of view, often at a price that is more consistent with the offer.