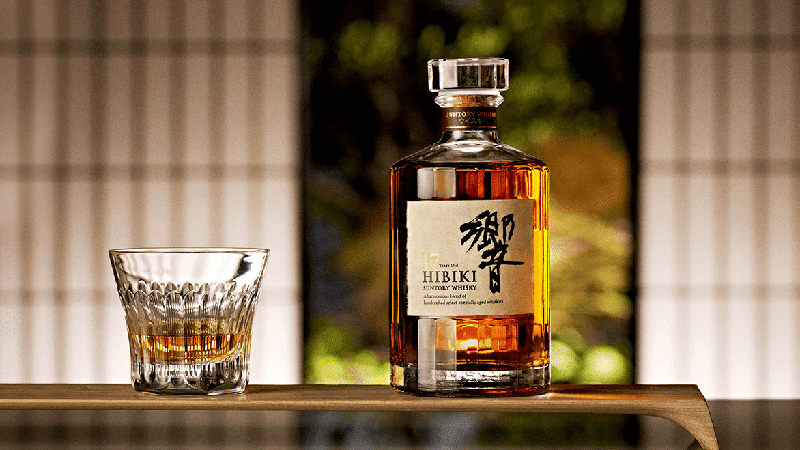 In September 2014 Jim Murray names the Yamazaki Sherry Cask 2013 as the best whisky in the world: that victory brought out an otherwise underestimated and disregarded product.

The prize turns on the light onto the Japanese production. At that time, only a few whisky lovers know these whiskyes and had the chance to try them. Since then, the demand for japanese whisky has been exponentially growing and prices have skyrocketed too: demand has increased so much that the distilleries have run short of old barrels. More and more often age stated bottles are replaced with NAS (No Age Statement-  meaning no information about how long the product has been matured in barrels) whisky.  Karuizawa is a perfect example of the market disruption: it was closed in early 2000 and their releases are extremely sought after and sold at auctions for prices often exceeding the four digits mark. The Yamazaki Sherry cask 2013 itself was sold for ~120€ and could now be purchased for over 3.000€.

It would be an understatement to think that a single review from a book has changed an entire market: the high quality of these products is noticeable and the involved craftmanship is fascinating. The Japanese history about making whisky is not a century old, and it is not one of oldest one, but it is capable of telling the how the Japanise culture is involved in the process, trying to make the production as close to the perfection as possible.

The first proven appearance of whisky in Japan’s history dates back to 1853, when US Navy’s Commander Matthew Perry served a dram to japanese officers aboard his ship. Perry wanted to persuade Japanese people to open up the market to the rest of the world, starting the first importations and exportations of products (whisky included). In 1856, Perry gave a cask of whisky to the imperial family, as proven by prints still preserved in Japan. Perry tried to end the “closed country” policy that Japan enforced since 1633, but he eventually failed. However, the whisky was enjoyed so much that some products with a “whisky taste” were commercialized. They were made of a mixture of floral essences and pure alcohol. 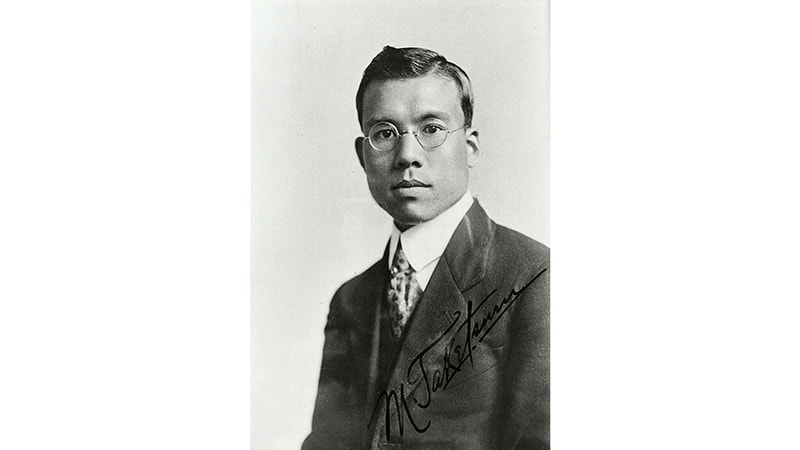 In 1918, the head of Settsu Shuzo sent one of his employees, Masataka Taketsuru, to Scotland in order to further study chemistry and the art of distillation. However, a Japanese in Europe was rare and the Scots were very jealous of their secrets. The young man did not lose heart and studied chemistry at Glasgow University and then worked for Longmorn and Hazelburn distillery. Masataka even married a scottish girl named Rita Gowan, Campbell’s elder sister, a boy whom Masataka instructed in the art of Judo.

The return in Japan happened in 1920 for the couple was in difficulty: the families did not agree on the union and the company he worked for abandoned the plans about distillation. Fortunately, he was immediately hired by Shinjiro Torii, the owner of Suntory company. He was thinking about building a whisky distillery: he had foreseen greater openness towards the outside world and had thought of involving Scottish technicians for his project. Having learned of Taketsuru’s experience in Scottish soil, he contacted him and together they set up the first real Japanese whiskey distillery, Yamazaki, opened in November 1924.

The first bottling was named Shifouda and it was a failure: that whisky was too smoky for the japanese palate. A new product called Kaku-bin was launched in 1937 and it was instead well received: Yamazaki was meant to dominate the local market. in 1936, Masataka opened a new distillery, Yoichi, on the island of Hokkaido. According to him the island had the ideal conditions for a scottish style distillery. In 1946, Yamazakura distillery was founded by Sasanokawa. After Yoichi, Masataka gave life to Miyagiko distillery in 1969. The company he founded, called Nikka, is still today one of the world’s most important companies. In 1973,  Suntory group decided to double its production building Hakushu, Chita and Kirin distillery.; in the same year are the foundations of Chita and Kirin. In 1984, White Oak distillery was opened, followed by Mars distillery a year after. Chichibu was the last distillery to open, in 2008. All the named distilleries are still working today and they both process barley and grain: cereals are often imported from Scotland and some blends are produced using scotch whisky barrels. Japanese whisky ranges from lightly to non peated style, although some products are very peated.

We talked about Karuizawa: this distillery was founded in 1955 near the Asama volcano and it has produced whisky unitl its closure, happened in 2001. The remaining barrels were bought in 2011 by Number One Drinks, a British company specialized in extremely rare and expensive single cask releases. 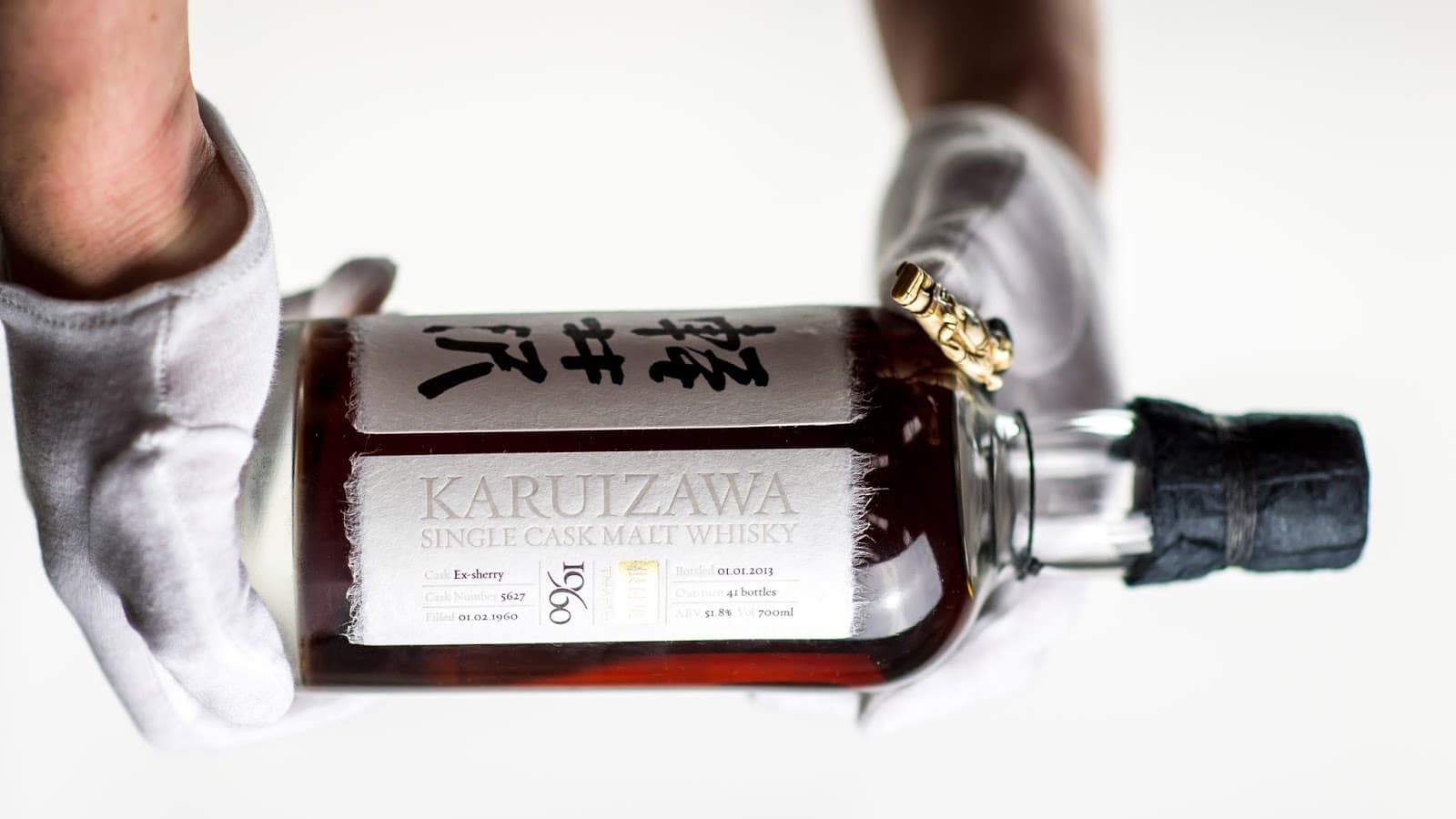 Other well known but closed distilleries are: Hanyu (sought after by many collectors) and Kawasaki. The latter closed in 2006 but its stocks were bought by Ichiro Akuto, the founder of Chichibu distillery: nowadays bottlings are released every year.

Today, the export of japanese whisky is limited to young products, usually NAS. A lot of japanese blends are appreciated and sought after by mixologists all around the world. Bottles with a declared age are now only sold at auctions, registering higher and higher bids to be taken. Japans also has a long tradition of importing old bottles: whisky bars are different from the western world counterpart and often they have a lot of old scottish bottles.

The Japanese drinker in addition to sip smooth whisky also loves to diluite whisky, often reaching 9 parts water and 1 part whisky, so as to be able to drink it during meals. This is something not happening in Europe or America, and nowadays is still something very confined to Japan (and a few other Asian countries).

Japan is full of collectors too and scottish personalities are very respected. It’s also a Japanese fashion to purchase a personal bottle to be kept by the buyer’s favourite bar. On CigarsLoverMagazine.com you can find Japanese whiskeys reviews (see the tastings here). 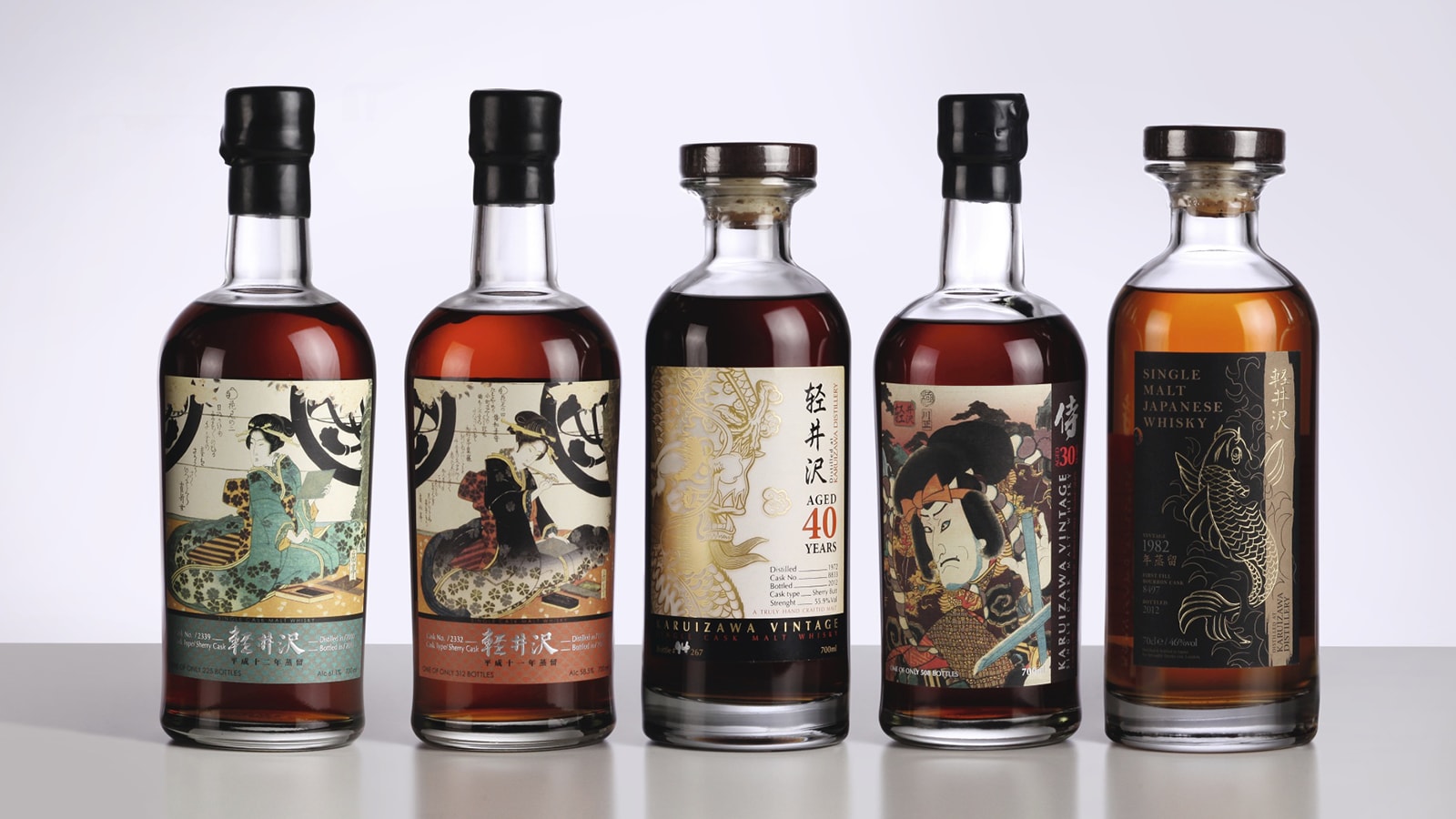