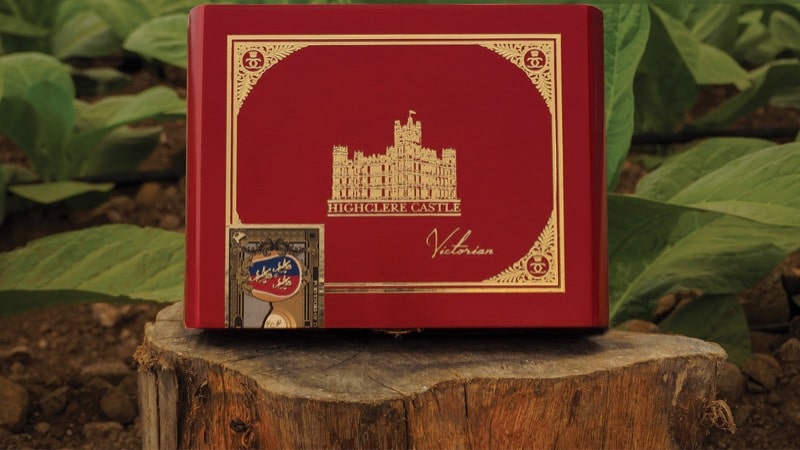 Highclere Castle Cigar was born from a collaboration between the Foundation Cigar Company and Highclere Castle Cigar Co. In the creation of the blend they wanted to recreate an flavor profile and a style to that of the fourteenth century. According to Highclere Castle tradition, it was usual, that after dinner they would retire to the library to enjoy a cigar, in combination with a whisky.

Highclere Castle Victorian reflects the flavor profile of the Victorian era, nougat, cedar, cinnamon and leather are the main notes to be found in the smoke, to which roasted coffee beans and spices are added. The new cigar is made up of a Ecuadorian Habano wrapper, a Brazilian Mata Fina binder over Nicaraguan fillers.

The new Highclere Castle line will be available in 5 different sizes:

Highclere Castle Victorian is produced at AJ Fernandez factory in Esteli. They will be sold in 20 count boxes and will be available starting in August 2019. Prices will range from $12-16 per cigar.