Mi Querida Triqui Traca, derives from the original Mi Querida, which replaces the Connecticut Broadleaf Mediums wrapper with a rarer No. 1 Dark Corona and introduced a new high octane Ligero, cultivated in the Dominican Republic, in the filling; this added strength to the cigar while keeping it sweet and “chocolatey”. 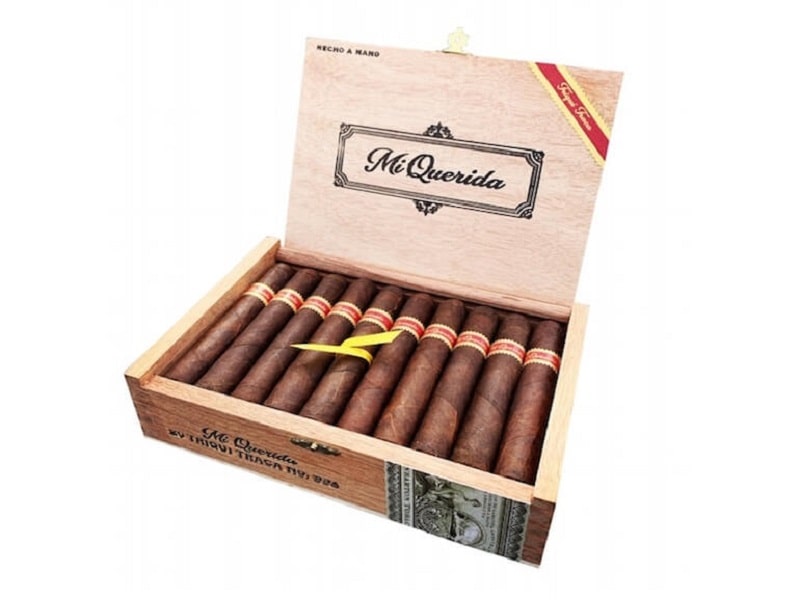 Mi Querida Triqui Traca, pronounced “me kay-ree-dah tree-kee trah-ka”, gives a good idea of ​​what a cigar can be (unquestionably the strongest cigar produced so far by Dunbarton Tobacco), the Triqui Traca in Nicaragua are oversized firecrackers connected in sequence between ropes. These explosive cords are then deposited in the middle of a road, or even on several blocks. Once lit, they explode in sequence causing great noise and dazzling lights. Triqui Traca are often used for important religious and national holidays.

The new cigar will be available in just two sizes: