Drew Estate Unveils Undercrown 10 to Commemorate its “Decade of Dedication”

Drew Estate Unveils Undercrown 10 to Commemorate its “Decade of Dedication” 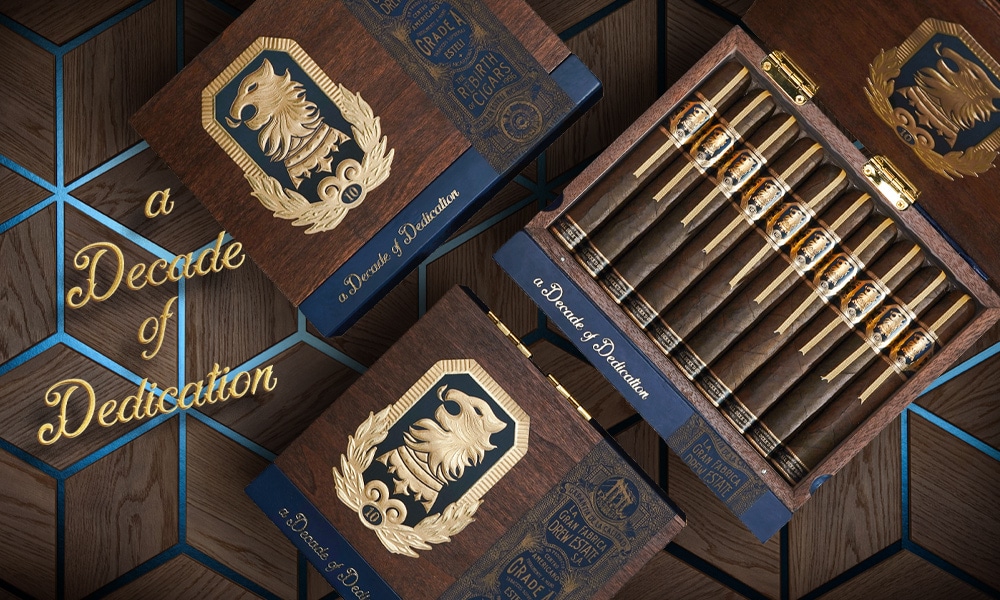 Drew Estate is commemorating a decade of their Undercrown line with the brand new global release of the Undercrown 10. A new addition to Undercrown’s current lineup of Maduro, Shade, and Sun Grown lines. To celebrate the brand’s anniversary in 2021, Drew Estate is getting “All Dekked Out,” a tag line that denotes Undercrown 10’s special packaging and the pride of Undercrown’s ten years of excellence in the cigar industry. Jonathan Drew, Drew Estate’s Founder and President, said in the press release: “Undercrown is a noble prince of a brand, both humble and loyal, who is now to become a king. The new UC10 expression represents its super-premium platform, sealing the brand’s destiny … as the good king whose brand promise is gratitude for our talented team at La Gran Fabrica. The new UC10 is so incredibly important to Drew Estate that we gave it two slogans, ‘A Decade of Dedication’ and ‘All Dekked Out.’ Add those two slogans to ‘Born on the Factory Floor,’ and the Shakespeare really unfolds.”

Undercrown 10 uses the highest priming of Mexican San Andres wrapper, a Broadleaf binder from the Connecticut River Valley, and a blend of select and rare Nicaraguan tobaccos. The new line will debut with four traditional vitolas: Toro (6 x 52), Robusto (5 x 50), Corona (5 x 43), and Corona Doble (7 x 50). All sizes will be available in 20-count boxes. There will also be a limited-edition Undercrown 10 “Factory Floor Edition,” which is in a Lonsdale (6 x 46). The Undercrown 10 “Factory Floor Edition” is packaged in commemorative 20-count boxes and includes a unique “tobacco leaf library,” offering each lucky purchaser the opportunity to see, smell, and touch the very leaves that Drew Estate’s torcedores painstakingly chose for Undercrown 10’s new blend. There will also be an Undercrown 10 Tuani Belicoso (6 x 52) cigar that will be exclusively available in a special 2-count presentation coffin/box. The Tuani Belicoso is only available at events hosted by La Gran Fabrica Drew Estate Factory Spokesman Pedro Gomez.